The incident occurred at Pressly Alternative School in North Carolina and the officer in question named Micheal Fattaleh has resigned from his job. 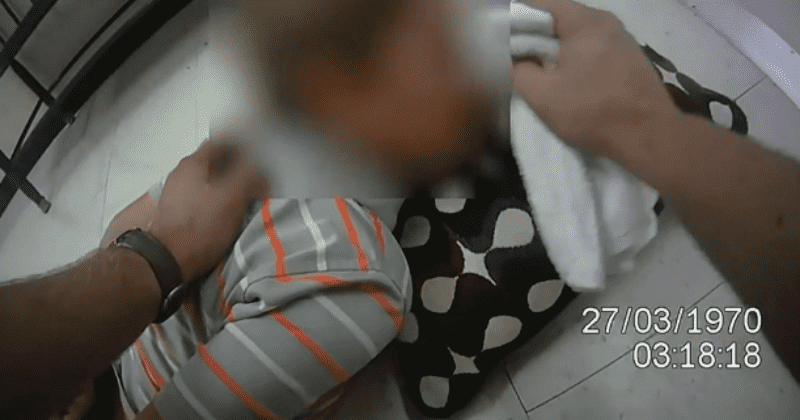 Trigger Warning: This story contains pictures and videos of police brutality and ableism some reader may find disturbing

An autistic boy was handcuffed and pinned to the ground by a school resource officer for almost 40 minutes until his mother arrived to rescue him. The incident occurred at Pressly Alternative School in North Carolina and the officer involved in the incident was a Statesville police officer Michael Fattaleh, reports WSOC-TV. The event occurred on September 11, 2018 after Fattaleh responded to a call from the school staff about an agitated boy who was spitting around.

TONIGHT at 5pm:
Mother files lawsuit after resource officer handcuffs 7-year-old son.
I will bring you her exclusive interview & the body camera video that shows what happened on @wsoctv.

Another report from Daily Mail revealed that the officer arrived at the scene and said: "I've got him, he's mine now," before taking the boy away from the school staff, restraining him, and pinning him to the ground. The staff, meanwhile, put a pillow under the boy's face to minimize discomfort and removed his glasses. The officer then threatened the boy and said: "Don’t move. Spit on me, and I’ll put a hood on you,” and enquired if he could breathe. "If you, my friend, are not acquainted with the juvenile justice system, you will be very shortly," he continued. "You ever been charged with a crime before? Well, you’re fixing to be," Fattaleh told the child. The entire incident was caught on a bodycam which also showed the officer holding onto the boy's arms at various intervals.

Autistic boy 'cuffed and pinned to floor by cop for spitting at school' https://t.co/TgOig4VECf

The officer went on to brutalize the child even though he showed signs of discomfort. "You ever heard the term babysitter?" he said, without changing the position. "I take that term literally, my friend." The video showed Fattaleh checking on whether the boy was doing okay and if he was feeling hot or warm, without once trying to get him off the ground. When the boy complained that his knee hurt, the officer said, "Yeah, it sucks, doesn’t it?" After enduring over 25 minutes of this torture, the boy began to cry and asked the officer to get away from him. Minutes later, his mother arrived, prompting another officer to get rid of the handcuffs. Fattaleh then told the mother that her son would be charged with multiple counts of assault. The irate mom hugged her son, calmed him down, and proceeded to take the officer to task. "Was this necessary?" she asked. "How do you charge a special needs child with assault?"

Speaking about the unfortunate incident to WSOC-TV, the mother, who refused to identify herself, said: "I was enraged, infuriated, and just devastated. He had some pretty severe separation anxiety." She then accused the staff and officer of "torturing" her son. "The staff and the officer, while he was basically torturing my son, talked about the upcoming hurricane, the effects of that and football," she said. She has refused to let go of the incident and has instead filed a lawsuit against the officer, the city of Statesville, and the Iredell-Statesville Board of Education, which runs the school. Alex Horey, the attorney who's representing the family, said: "The officer’s job as a school resource officer is to make sure the kids, teachers are safe and to inflict harm on a student for what’s perceived as a minor issue is inexplicable."

stand by and see this child ABUSED right in front of them and do NOTHING to stop it.....they should be shut down.

Fattaleh has since resigned from his position, with another report from The Sun suggesting that the boy hasn't been charged with any crimes even as the State Bureau of Investigation conducted an independent investigation into the matter. Post the assessment, the state attorney said the officer wouldn't be charged because there was "insufficient evidence" to prove any wrongdoing on his part. Meanwhile, the school also issued a statement and said they did not condone any of his actions. "We are disheartened by the actions of the law enforcement officer," the school's statement read. "School should always be a safe space for all students. As educators, we understand the paramount importance of knowing our students and their unique needs."