He decided to sell his beloved Ford Endeavour so he could raise funds to help people affected by the pandemic. 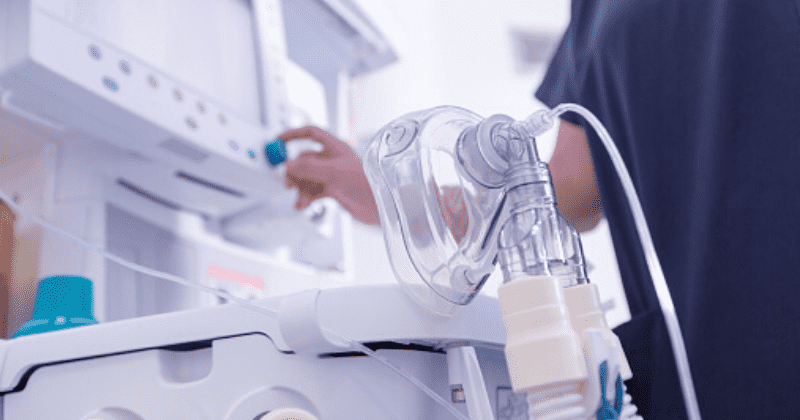 The shortage of ventilators and oxygen tanks has plagued almost all countries affected by the Coronavirus. At first, Italy faced the shortage when infected cases peaked, the United States then followed due to the Trump administration's inefficacy in devising a strategy to plug the shortage. In mid-March, Trump called in the Defense Production Act (DPA), according to USA Today, pushing private companies to manufacture PPEs and life-saving equipment but this process would only bear fruit weeks down the line without addressing the rising number of cases in ICUs. Meanwhile, in India, the second wave of Coronavirus seems to have hit with cases continuing to rise by the thousands a day, which could lead to a shortage of oxygen tanks and ventilators.

One generous man from the country's financial capital, Mumbai, however, decided to take matters into his own hand to mitigate the shortage by selling his beloved SUV, reports Mumbai Mirror.

When Shahnawaz Shaikh’s doctor friends told him that timely oxygen could have saved the woman’s life, he decided to forgo his prized possession and use the money to help others in need. https://t.co/3KXGR2RGPv

Shanawaz Shaikh, a resident from Mumbai, decided to sell his Ford Endeavour he bought in 2011, to which he had added a customized 007 number plate at an added premium. So far, the 31-year-old has donated oxygen cylinders to over 250 families hit with the virus. Shaikh didn't come to the decision out of the blue. He reportedly used his car as an ambulance during the two-month-long country-wide lockdown in India during which he chauffeured people to and fro hospitals while also supplying essential goods to people in need. Things, however, changed on May 28 when his business partner's sister - who happened to be six months pregnant - succumbed to the virus while being transported to a hospital. The woman was reportedly taken to five different hospitals in search of treatment, all of which rejected her citing the lack of oxygen or empty beds. She succumbed near the sixth hospital.

Upon learning from his doctor friends that an oxygen tank could have saved her life, Shaikh decided to sell his prized possession, the SUV, to donate oxygen cylinders to those in need. "[The woman's husband] took her to five hospitals but none was willing to admit her. Some said they didn't have vacant beds for people with Covid-19 symptoms. Others didn't have ventilators. She died in an autorickshaw outside the sixth hospital." After the incident, he decided to research more on the matter and soon realized that there is a shortage of oxygen tanks in the market. He then got the contact of a manufacturer from a friend explaining to them his cause and that they should manufacture more for him. "They were touched when I told them  I wanted to buy cylinders and give them away for free."

Shaikh has just two requests for potential borrowers: one, a doctor's recommendation, and two, they need to handle the logistics themselves. In exceptional cases, however, he has a team of volunteers, replete with PPE gear, ready to make doorstep delivery.  His job doesn't just end after he hands over the tank either. He reportedly gives a crash course to the patient's family members on the do's and don'ts he put up under the expert advice of Dr. Sahabuddin Shaikh from CARE Hospital. "[Dr Shaikh] helped us make a video to demonstrate the use of cylinders. He has also provided other support when needed," Shaikh continued.

He, however, urges families to consult doctors for the appropriate pressure levels required to administer the oxygen. "I'm not claiming to provide an alternative to hospitalization," he uttered. "All we can help with is providing life support to people with breathing difficulties." When asked if he misses his beloved SUV, Shaikh responded with a resounding "No". "It's not hard to give up one car to save someone's life. Even if I'm blessed by just one grateful family for this deed, I will be able to buy four such cars some day." Shaikh lives with his wife and two-year-old daughter with whom he reportedly maintains social distancing and does not enter unless he is completely sanitized.