The incident occurred in Kazakhstan where tourists found the seal approaching the shore and beat it unconscious. The seal later died despite rescue. 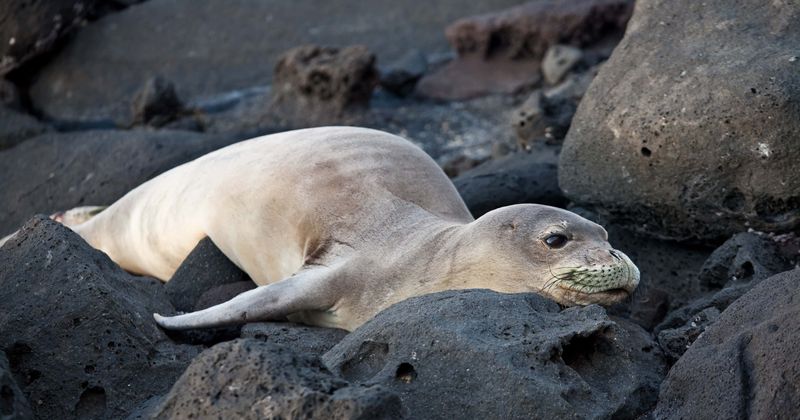 People do anything for a photo opportunity with a wild animal, a fact that has been proven true innumerable times especially in the age of social media. In the latest detestable thing humans have done, a seal was beaten unconscious by tourists so that children could take pictures with it. The incident occurred in Kazakhstan, just days after a cub was pelted with rocks on a beach for no apparent reason, Daily Mail reports. The shocking incident was filmed in the village of Kuryk, a seaside town located on the eastern shore of the Caspian Sea, and went viral on social media shortly after.

Seal is beaten unconscious by tourists in Kazakhstan so ‘children could take pictures with it’ https://t.co/wbk0UqJ9M4

In the clip, we see a group of men attacking the poor creature with boulders and stick just because it swam close to the shore. As a few miscreants carry on with the brutal assault of the defenseless creature, a crowd gathers around to watch rather than try to stop the violence. According to local news reports, the attack continued till the seal was unconscious. Speaking to a local outlet, a person who witnessed the incident said, "They beat the seal up until it passed out. Then they pulled it out of the water so that children could take pictures and have fun. After that, they threw the motionless body back into the sea," before going on to say that he wasn't sure if it survived the attack.

This incident comes in the wake of a very similar attack, which was also captured on video. This incident occurred in the City of Aktau, located over 43 miles away from Kuryk. The video shows a group of tourists pelting rocks and stones at a baby seal when the animal approached them. Yevgeniya Mukasheva, a model from the country, shared the clip with her followers and wrote: If an animal comes close to you, it means it trusts you. How could you throw stones at the defenceless pup and laugh? Have you lost your mind?! Authorities in Kazakhstan expressed their disapproval and commented on the video of the incident. Saken Dildakhmet, a spokesperson for the Ministry of Ecology, Geology, and Natural Resources wrote: The way people acted in the video is outrageous and wild. Such an attitude can cause a great damage to the fauna of the Caspian Sea and adversely affect the behaviour of these animals who may become aggressive and attack people. He also urged people to stop violence towards animals and said: "We ask you to show respect to nature."

As to why seals approach people, the country's environmental authorities said it is because they are curious animals and do so in hopes of finding something. Dildakhmet shared: "The seal in the clip is young and playful. The seals are mostly very friendly and curious marine mammals. We should admire them." As the videos have gained popularity, local police forces have been sprung into action who are now in the midst of a manhunt fo find the miscreants involved in both the cases. If proven guilty, the perpetrators could face a maximum penalty of two years in prison.

This is the issue with different cultures values morality violence and contempt. Knives are a rite of passage in some cultures and they think in the West we are wusses for not defending ourselves.

According to NURKZ, a local media house, the instances of the attacks were mostly because a few swimmers were bitten by seals back in June and they had to go to a hospital to get rabies shots. Social media users expressed their outrage over the incident. Augustine Okonji wrote: Animal abuse. The annoying part is that they do this in the presence of the kids. Pete Joyce explained that these people should be jailed without parole: I hope these people are rounded up and charged with cruelty 5 years without parole for such a horrible act. And let me tell you nature has the tools to turn against humans and we won't stand a chance.

Who taught them to do that I wonder! What happened to the seal? Please follow these stories up