Say Hello To The Azure Tit, A Tiny Frost-Blue Bird WIth Unique Songs And Mesmerizing Plumage

The azure tit is very special for bird and nature lovers alike for it only takes one glimpse of their fluffy white cuteness to make an impact. 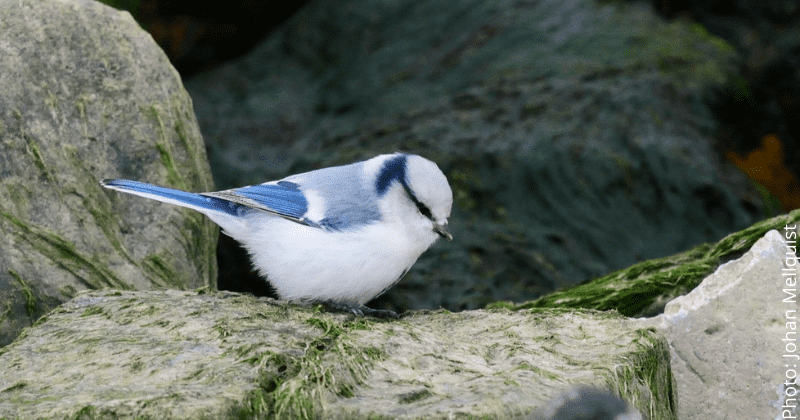 If there's one thing that city dwells or countryside residents have in common, it's that both are absolutely astounded by the beauty of nature. You might think that city-dwellers are more disconnected from nature due to modern life and machinations but they are probably more likely to appreciate all things nature. Especially when the magical flora and fauna are exemplified by some special creatures.

Say hello to the Azure tit aka Cyanistes cyanus, a white songbird with a black stripe across both cheeks. Their wings boast patches of bright blue and white, a snowy, fluffy white breast, and a long dark-blue tail with white corners. According to Beauty of Birds, this fluffy little fella is predominantly a resident of Russia and Central Asia and prefers to breed throughout the region. If you look closely, you will see that the central Asian azure tits can be distinguished from their Russian counterparts with a patch of bright yellow on the breast.

These birds approximately measure up to 5 inches in length, making them very petite animals . The azure tit loves to spend its time in temperate mixed woodlands, scrublands, and wetlands, eBird reports. Most birds belonging to this species do not usually migrate long distances, although they do seek a change in altitude during their mating and breeding seasons. It's rather a fantastic sight to see them during these seasons as they have a ferociously protective instinct. The bird will viciously safeguard its brood of approximately 10 eggs, which it lays in a tree hole per season by hissing and biting if disturbed.

This frost-blue songbird has also been known to breed with other blue tits. This breeding with its Eurasian peer has resulted in a new hybrid species being formed that looks somewhat different from both. The hybrid Pleske's tit has a darker blue crown than the usual white one of its azure parents, and a far more muted yellow chest than its other blue parent. According to eBird, the azure tit is rather elusive and prefers to forage for insects and seeds under cover of dense foliage. These little birds can easily be identified thanks to their unique songs, which include a high-pitched and cheerful ditty characterized by "chips, trills, and rattles."

#HappyNewYear Moscow/Russia! The world's largest country leaves us spoiled for bird choices, but we've gone for the Azure Tit. #2017 pic.twitter.com/jdFmxV5mD9

Now considering that their population has been decreasing of late, you might wonder if they are an endangered species. Strangely enough, the azure tit is listed as of "least concern" on the IUCN Red List due to alleged healthy numbers in the wild. Over the decades, the beloved bird has been immortalized in various illustrated forms, most notably being depicted on a Romanian postage stamp in the early 1990s. The bird was also rendered in a beautiful fashion beside its cousin, the Eurasian blue tit, in world-famous ornithologist Johann Friedrich Naumann's National History of the Birds of Central Europe, published in 1905.

The azure tit is indeed an enigmatic creature, and it is highly coveted by bird watchers worldwide thanks to its unique beauty. As per Bird Guides, the azure tit previously made attempts to migrate northwest into European Russia during the 1870s and 1880s but soon retreated for reasons that ornithologists have not yet figured out. That being said, the bird has been sighted as far west as Finland, though only 28 of them have been recorded since 1992. The azure tit is a showstopper for bird and nature lovers alike for it only takes one glimpse of their fluffy white cuteness to make an impact.