Saved By The Bell's 'Screech', Dustin Diamond, Dies At 44

He starred as the nerdy sidekick to the troublemaking Zack Morris in the sitcom 'Saved by the Bell' aired from 1989 to 1993. 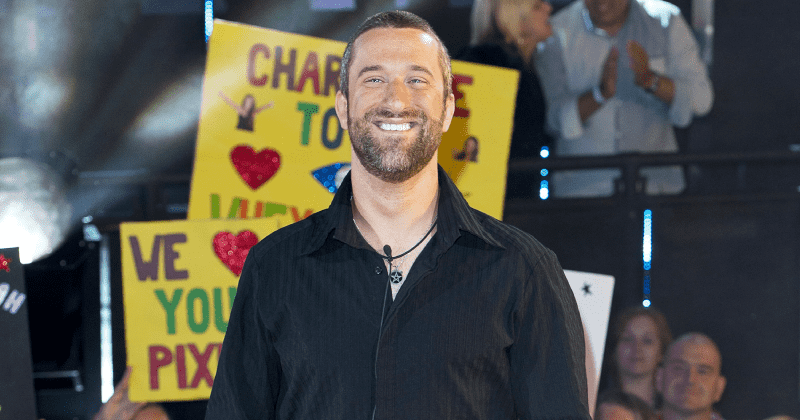 Saved by the Bell star Dustin Diamond passed away on Monday following a three-week fight with carcinoma, stated his representatives. Dustin Diamond, who shot in the spotlight for his role as Screech from the sitcom, was 44 when he died. "Dustin did not suffer. He did not have to lie submerged in pain. For that, we are grateful," said Diamond's team in a statement. The actor was hospitalized last month in Florida and his team had disclosed that he had cancer. "He was diagnosed with this brutal, relentless form of malignant cancer only three weeks ago. In that time, it managed to spread rapidly throughout his system; the only mercy it exhibited was its sharp and swift execution," said his manager Roger Paul, reported NPR. Diamond was 44 years old. "Dustin was a humorous and high-spirited individual whose greatest passion was to make others laugh. He was able to sense and feel other peoples' emotions to such a length that he was able to feel them too — a strength and a flaw, all in one," said Diamond's team.

The sitcom Saved by the Bell aired from 1989 to 1993 and Diamond played the nerdy sidekick to the troublemaking Zack Morris (Mark-Paul Gosselaar). He constantly annoyed the rich and snobby Lisa Turtle (Lark Voorhies). The series also inspired spin-offs including Saved by the Bell: The College Years, Good Morning, Miss Bliss and Saved by the Bell: The New Class. NBC has also announced a sequel to the original last fall and will include many of the original cast including Elizabeth Berkley, Lopez, Thiessen, and Gosselaar. Diamond was not part of the cast.

Tributes poured in after his death was announced. Former co-star Mario Lopez took to Twitter to say farewell: "Dustin, you will be missed, my man. The fragility of this life is something never to be taken for granted." In another statement, he said, "He was like a little brother to me, we always remained in contact over the years. I actually just spoke with him a couple of weeks ago after he got his diagnosis. Even then, he was full of energy and he was so optimistic.”

Another co-star, Mark-Paul Gosselaar called the actor a true comedic genius. "Looking back at our time working together, I will miss those raw, brilliant sparks that only he was able to produce. A pie in your face, my comrade," wrote Gosselaar. "Life is extremely fragile and it's something we should never take for granted," wrote co-star Tiffani Thiessen. "God speed Dustin."

Dustin Diamond also went on to star in many reality television series including the fifth season of Celebrity Fit Club, The Weakest Link, and Celebrity Boxing 2. He also starred in an episode of OWN's Where Are They Now? in December 2013. He also featured in Celebrity Big Brother in the U.K. Diamond also had a couple of run-ins with the law after he was sued several times for delinquent taxes and in foreclosure proceedings for missing mortgage payments. He was also ordered to serve four months in jail in 2015 over his role in the  Wisconsin barroom stabbing. Dustin Diamond also starred in a tell-all documentary on Lifetime TV called The Unauthorized Saved by the Bell Story. He also reportedly directed himself in a sex tape titled Screeched. He told Oprah Winfrey Network later that the sex tape was faked using a stunt person. "People, to this day, look down on me. And I didn't really do it," said Diamond.

RIP Dustin Diamond. Thanks for always making my sister and I laugh in the 90s pic.twitter.com/ch9Z12Cl5O

He was criticized for being off-putting after a string of appearances in reality shows, and the content in his 2009 book, Behind the Bell. His manager defended Diamond, writing, "[Diamond] — much like the rest of those who act out and behave poorly — had undergone a great deal of turmoil and heartache. His actions, though 'rebukeable', stemmed from loss and the lack of knowledge on how to process that pain properly."