The Bird Box actress celebrated a socially distanced birthday with her good friends. 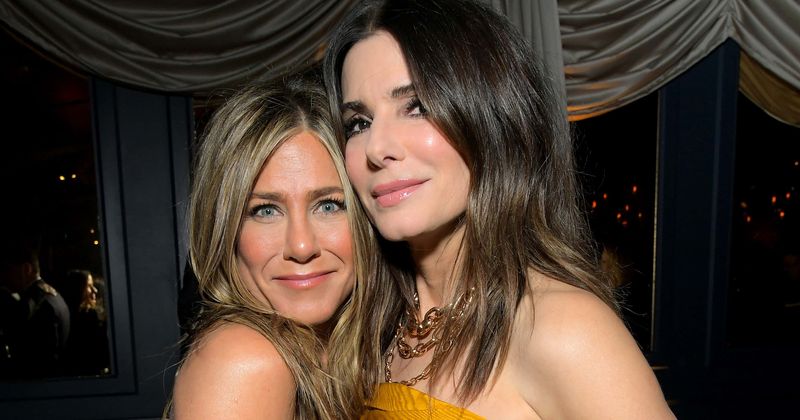 Sandra Bullock celebrated her 56th birthday with some good friends in attendance. Bullock, who won an Oscar for her performance in The Blind Side, had a socially-distanced birthday bash where Sarah Paulson, Jennifer Aniston, and Holland Taylor were also in attendance, reports UsMagazine.

Aniston shared a moment from the celebrations through a picture on her Instagram story which showed the four actresses, and another guest, all wearing masks and sitting at a distance from each other as they posed for the camera. "Celebrating our girl properly distanced with so much love. HAPPY BIRTHDAY SANDY WE LOVE YOU!!!" the Friends star wrote in a caption. Paulson also shared the picture on her own Instagram story.

Days before ringing in her 56th birthday, the Bird Box actress cracked a joke on how she has been aging so gracefully. In an interview with Entertainment Tonight in December 2018, she said: "I’m sleeping in a container that is devoid of outside carcinogens, that helps lift what you don’t have. The only time you see me is when I do press junkets."

Bullock has been one of the most successful actors in Hollywood, starring in plenty of hit franchises and other cinema over the years. Although she started her career in 1987 with Hangmen, she only received acclaim in her 1993 movie Demolition Man in which she played a supporting role. The next year, in 1994, she starred opposite Keanu Reeves in another nail-biting thriller Speed which became a critical and commercial hit, even earning two Oscars in the process. The movie grossed over $350 million on an initial budget of $30 million.

my fav trio being a mess appreciation post pic.twitter.com/MzNyfS5mNT

She went on to establish herself as a rom-com actress in the '90s and even became one of the most paid actresses in the industry. Although she had a lot of critically acclaimed hits under her belt, her personal honor in the form of an Academy Award came in 2009 for her role as Leigh Anne Tuohy in the biographical drama The Blind Side.

In an interview with Ellen DeGeneres back in 2018, the actress had hit the limelight for an unusual claim that she receives "penis facials" to keep herself looking younger. "It is an extraction from a piece of skin that came from a young person far far away, and they somehow figure out how to extract [it]," she said according to US Weekly, adding that "it pushes through the skin and ruptures the collagen and you look like a burn victim for a day, but then it pushes the serum."

Bullock has been a long-time friend of Aniston and the two even shared a joke about dating Tate Donovan in an interview with the People magazine. "He seems to have a type," Aniston said, and Bullock seemed to agree and said he likes women who are “talented, funny, kind, introspective” and "generous".

After years of being away from movies, Bullock appeared in a high-budget Netflix horror/thriller Bird Box about a woman and her children who embark on a dangerous journey through the forests and down a river to find the one place that may offer sanctuary. The challenge ahead of them is they had to keep their eyes closed at all times.