The mother of the child believed that this was race-motivated 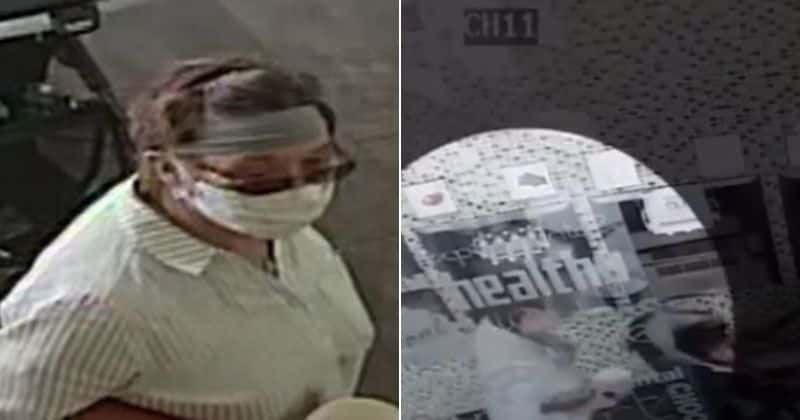 There are people out there who are still looking at the pandemic like some sort of a joke even though more than 2.3 million people have been infected with the virus so far. Yet this Karen thought it would be fitting to cough on a toddler in northern California for not following social distancing guidelines. The woman was caught coughing on camera on a 1-year-old baby in Yogurtland, reports ABC13. The incident took place on June 12 at a Yogurtland franchise in San Jose when the perpetrator and victim were standing in a queue. In the surveillance video, released by the San Jose Police Department, we see the woman deliberately coughs thrice in the baby's direction who was in a stroller before walking away. Alarmed by the woman's reaction, the mom flips the hood in a bid to protect the child.

San Jose Police were looking for the public's help in identifying a woman who purposefully coughed in the face of a toddler who was in a stroller while waiting in line at a yogurt shop. Video from San Jose Police Dept. (6/22/10) https://t.co/gG4aw0SpeJ

According to the police, she did so because she was upset that the mother was not adhering to social distancing rules. In the video, we see the woman remove her mask as she proceeds to cough near the baby. According to KRON 4, the police report has described the woman as a "white female in her 60s, with a medium build, wearing a gray bandana, a long-sleeved shirt with gray vertical lines, white dress pants, and patterned tennis shoes." The woman is yet to be found so the police have released her photo requesting people to offer them leads. If convicted of assault, she could face a jail time of six months.

Mireya Mora, the mom, is outraged by the disgraceful behavior the lady displayed towards a toddler. Narrating the incident in an interview with ABC7, Mora said: "Coughing on someone's face. She did it on purpose it's not like she did it on accident, oh cough, cough - no she purposely coughed on my son's face." She explained that the lady ahead of her in the queue at the Yogurt place last Friday was livid because she was too close in line. "It happened so quick I was in shock. She got close, she took off her mask, and she coughed three times super hard on my son's face." Mora, a Latina, believes what happened was motivated by race."I believe this woman may be racist because the family in front of her is white," she continued. "Me and my grandma are Hispanic and she started telling me about my distance and harassing me and my son once I started speaking Spanish to my grandma," Mora revealed.

How disgusting can you be to cough on a child?!

In a similar incident involving adults, a woman in Sydney, Australia, coughed on a man at a bar and walked away after being told to maintain social distancing. According to TODAY, Andy Jones and his husband Colin were enjoying a drink at a Sydney bar when they noticed a woman move a sign to sit at a table a couple of yards away infringing on the bar's rule to keep a safe distance from other customers. Jones pointed it out to her but suffered the wrath of her terrible reaction. "Basically we were told to mind our own business when we said that you can't do that. Management came over, and asked them either to move or to leave, and she tipped the drink all over the table and walked up to my husband and coughed in his face."

@GavinNewsom
What kinds of consequences are on place for people who intentionally cough on another person??
There's more and more of it happening. A woman in a San Jose #Yogurtland coughed in a baby's face.

The incident was captured on video by Jones who shared the video on Twitter. The six-second clip has since gone viral, amassing millions of views along with thousands of comments from concerned citizens. Jones and his husband were forced to self-isolate themselves so that they avoid the risk of infecting others because they weren't sure if the lady was positive.

There was a sign on the table not to sit there because of social distancing. Karen moves the sign and sat there anyway. The management asked her to move or leave. This is what happened next. #covid19 pic.twitter.com/QV1rHAmitU