Samuel E. Wright, The Voice Of Sebastian The Crab In 'The Little Mermaid,' Dies At 74

The actor's daughter said he passed away peacefully in his sleep at the family's New York residence. 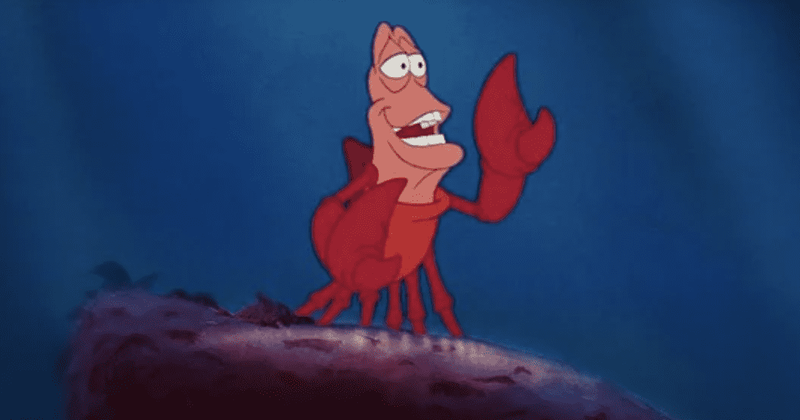 Samuel E. Wright, the voice actor, best known for bringing Sebastian the crab to life in The Little Mermaid (1989), has passed away. He was 74. Confirming the news to The Hollywood Reporter, Wright's daughter Dee said he died peacefully in his sleep on Monday in Montgomery, New York after a three-year battle with prostate cancer. The highlight of his career was his performance of "Under the Sea" in the animated Disney film which helped it win an Oscar for Best Original Song. The official Facebook page of Montgomery, the town he was residing in, shared a touching tribute for the veteran by writing: "Sam and his family have impacted countless Hudson Valley youth always inspiring them to reach higher and dig deeper to become the best version of themselves. On top of his passion for the arts and his love for his family, Sam was most known for walking into a room and simply providing PURE JOY to those he interacted with. He loved to entertain, he loved to make people smile and laugh and he loved to love."

Born in Camden, South Carolina on November 20, 1946, Wright acted in a lot of titles before turning into a Broadway veteran, acting in plays such as Jesus Christ Superstar in 1971, and Mufasa in The Lion King starting from 1997. His performances even earned several Tony nominations, including one in 1984 for his performance in Tap Dance Kid followed by one more in 1998 for The Lion King. Apart from Broadway, Wright is also credited for appearing in shows like Simon & Simon, The Cosby Show, and All My Children. He even starred as a co-lead in the short-lived series Enos, which was a spin-off to The Dukes of Hazzard.

The Voice behind Sebastian from ‘The Little Mermaid’, Samuel E. Wright has sadly passed away at the age of 74. pic.twitter.com/ey2ZHBkYs3

Wright is also remembered for one of his candid interviews with the Los Angeles Times from 1991 where he what being an actor is all about. "Maybe not every actor would say this, but if I didn’t want to be immortal, I wouldn’t be acting," he said. "I do want to make my little mark on the world. “An actor’s worst nightmare is to hear, 10 years from now, ‘Sam Wright? Who was Sam Wright?’ If you have that kind of attitude, you tend to take each role and make it the best role you’ve done. You don’t know what people are going to judge you by. It doesn’t matter if it’s a cartoon, Dizzy Gillespie or Othello, I’m going to play it with the same fervor — just in case anybody’s watching."

Samuel will be the most iconic and most quoted animated character ever.
Rest in Peace legend.#legend Rest in Power #SamuelEWright https://t.co/o0L9Hxbs2C

People on social media paid a tribute to the actor with emotional tweets. One fan wrote: "I am very heartbroken to hear that Samuel E. Wright, the talented actor best known for being the longtime voice of Sebastian from “The Little Mermaid”, has died at the age of 74. Thank you for showing us that life is the bubbles under the sea. We will dearly miss you." Another fan who took great inspiration from Wright's role of Sebastian the Crab added: "I cried like a baby. When I'm in my wheelchair and I start feeling insecure for any reason," she wrote. "I stop rolling in it I always carry my stuffed sebastian with me. And i pull it out and hold it and play kiss the girl on my phone to make things better for me."

Thank you Mr.Wright for your legacy!! Take your rest sir!!
Samuel E. Wright, voice of Disney's Sebastian, dead at 74 pic.twitter.com/6VXXwKQSJ9