Sammy Hagar Made Up With Eddie Van Halen Before His Death. He Didn't Want "Regrets"

Hagar, 72, revealed the news to Howard Stern on his radio show on Wednesday. 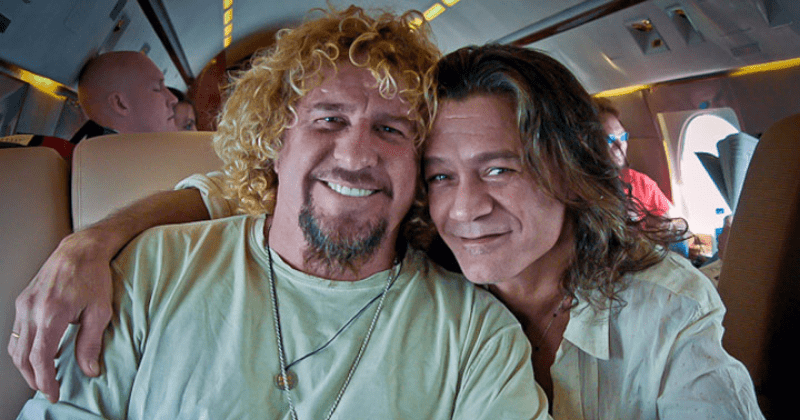 It looks as though Sammy Hagar rekindled his friendship with Eddie Van Halen much before the guitarist passed away on Tuesday. Hagar, 72, revealed the news to Howard Stern, albeit with a written letter because he wasn't comfortable spilling the beans on record on Stern's SiriusXM radio show on Wednesday, reports People. The show host read out the letter which conveyed a nice ice-breaking between the two old pals to his audiences. "I would love you to share that Eddie and I had been texting, and it's been a love fest since we started communicating earlier this year," Hagar said in the letter. "We both agreed not to tell anyone because of all the rumors it would stir up about a reunion, et cetera, and we both knew that wasn't going to happen. But he also didn't want anyone to know about his health."

We love you Eddie. The music will live forever. - Mike & Sammy. @eddievanhalen https://t.co/TUOgRvAAov

"He stopped responding to me a month ago, and I figured it wasn't good," Hagar added. "I reached out one more time last week and when he didn't respond, I figured it was a matter of time, but it came way too soon." Hagar and Van Halen became cohorts after he stepped in to fill the void left by David Lee Roth as lead singer for the band in 1985. However, he left the band in 1996 before reuniting with them on The Best of Both Worlds tour in 2004. "Heartbroken and Speechless", Hagar wrote on his Twitter and Instagram handles after Van Halen's death hit the news.  The guitarist died at the age of 65 after a prolonged battle with cancer and the news was released by his son Wolf Van Halen on October 6 via a statement on social media.

"I can't believe I'm having to write this, but my father, Edward Lodewijk Van Halen, has lost his long and arduous battle with cancer this morning," Wolf wrote on Instagram and Twitter. "He was the best father I could ever ask for. Every moment I've shared with him on and off stage was a gift. My heart is broken and I don't think I'll ever fully recover from this loss. I love you so much, Pop." According to Rolling Stone, trouble between Van Halen and Hagar started during the recording session for their 1995 album Balance. In a 2015 interview, he said: "That was the record where if I said black, Eddie said white, and I'd say, 'Okay, white,' he'd say, 'No, I want black,'" he said. "He just wanted the opposite of what I wanted."

The tension between them would bubble up throughout the tour, and Hagar thought after the final date was in the books, he could spend some time with his new baby. However, the Van Halen siblings wanted to get back to work on another album. They reportedly said they wanted more money to which Hagar replied, "Whoa, are you crazy? We're not hurting for money."

Hagar also wished to embark on a solo career which pushed the relationship to the edge and that's when he received a phone call on Father's Day of 1996 that he would no longer be part of the group. However, in 2016, Hagar sent Van Halen a "Happy Birthday" to which he got a response saying: "Thanks, Sammy. Hope you're well too."

Speaking of the birthday wish to Classic Rock Report the same year, Hagar said he didn't want any regrets. "It just makes when you stop and think that, you know, with my relationship with Eddie Van Halen and stuff that's always been in the toilet, it makes you say, 'I don't want to be buried with any regrets or bad vibes like that. It makes you want to be just friends with everybody and say, 'Hey, look, forget it.' Even if you don't want to be in a band together, just let's be friends. No more enemies for me. You don't want to go to your grave with enemies. So that's what it's done for me," he added. "It woke me up and said, 'No more enemies.' And before I die, I won't have any, if I have my way."