The actor who has worked in plenty of high profile movies, including 'The Hulk' and 'The Big Lebowski', turns 76 years old. 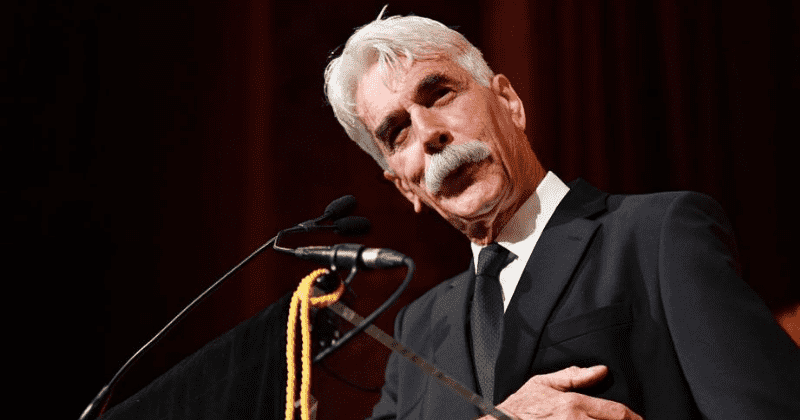 If there's anything Sam Elliott is known by, it's his inimitable southern drawl, his thick white mustache, and not to forget his eternal cowboy act he can seemingly pull off a dozen times over. The once Hollywood heartthrob turned director's go-to for edgy Western roles has turned 76. Born on August 9, 1944, the acclaimed actor is an example of taking a Texan out of state both not Texas out of him. By his own admission, he's a sixth-generation Texan, even though he was born in California. Although Elliott started his career in the late '60s, it took him almost a decade to find his big break which eventually arrived with Lifeguard in 1976. Before that, he had to lay the groundwork to what is now a great career playing bit-part roles in popular movies such as The Way West in 1967 and Butch Cassidy And The Sundance Kid in 1969.

A Happy 76th Birthday to acting legend Sam Elliot. Two of my favorite roles - Virgil Earp in "Tombstone" and Wade Garrett in "Roadhouse." Also love his role on the Netflix series "The Ranch." pic.twitter.com/NBW5lkRpAp

His extensive career spanning over five decades has seen him work in several acclaimed films including versatile character roles in Raging Bull, The Thing, The Mask, The Doors, The Big Lebowski, Hulk, Ghost Rider. His supporting role in the 2018 hit movie A Star is Born, featuring Bradley Cooper and Lady Gaga earned him an Academy Award nomination. Before his stint on the big screen, he was a mainstay in television and a regular cast member on the 1970/71 season of Mission: Impossible, and also starred in the acclaimed series Buffalo Girls in 1995. So far, he's earned close to 100 credits in both television and movies for his work since the '60s.

Elliott was born to Glynn Mamie, a high school teacher, and Henry Nelson Elliott, a predator control specialist for the Department of the Interior. The family moved to Portland, Oregon, in 1957,  when he was just 13 after his father was transferred. He attended Madison High School before transferring to David Douglas High School for his final three years and graduated in 1962. During his school, he was one of the top prep hurdlers in the state and so, he enrolled with the University of Oregon to work with field coach Bill Bowerman and be called a 'Man of Oregon.' "I had visions of being a ‘Man of Oregon’ but didn’t have what it took and was not ever academically inclined, ” Elliott says. “I came down here and (messed) around and got booted out," he said, according to Register-Guard.

An amazing picture of Sam Elliott and Katharine Ross that I discovered thanks to the latest @Bullseye pic.twitter.com/Jx55jpUQ10

A few years later young Elliott decided to move back to California to pursue a career in acting, much to his father's chagrin. According to Biography, Elliott could never resolve the issue with his dad and he died of a heart condition, aged 53. Recalling the differences between the two, Elliott said: "He died thinking, 'Man, this kid is going to go down the wrong path'." This, he believes pushed me to pursue a career in the arts. "And I think on some levels that was either hard on me or made me more focused in my resolve to have a career," he said.

Please join me in wishing the one and only Sam Elliot a very happy birthday. 🎂 pic.twitter.com/WNV9s67E6t

Two years after his career picked up with his big break in the 1976 movie Lifeguard in which he played the titular role and met his wife, Katharine Ross, to whom he's been married for over 36 years. The two had already begun making a name for themselves when they acted on the sets of the horror movie, The Legacy in London, where they play a couple staying at a haunted English estate where they stumble upon its family's curse. Speaking to AARP The Magazine about his wife in 2015, Elliott had said: "My wife, Katharine Ross, and I both worked on Butch Cassidy and the Sundance Kid, but I didn't dare try to talk to her then. She was the leading lady. I was a shadow on the wall, a glorified extra in a bar scene. It wasn't until we made The Legacy [in 1978] that we actually interacted. We have a common sensibility, but we also work at being together. You work past the s--t; you don't walk away from it. That's how relationships last."

Katharine Ross and the handsome Sam Elliott were married back in 1984 and are still married. 💑 pic.twitter.com/6HF7JJCQF0

When Ross was asked by Mercury News what drew her to his current husband and whether it was "distinctive baritone, the rugged looks, or the mustache" in 2017, she responded and said: "Probably all that and more. We were working together and one thing led to another. And here we are." The couple now has a daughter Cleo Rose Elliott, 35, a model and a gifted musician. Currently, the Ross and Elliott live on a seaside ranch in Malibu, which they purchased in the 1970s. Even after over three decades of marriage, the couple seems to share the same love in every red carpet event they walk together.

Happy 76th Birthday to Sam Elliot. The “Stranger” from The Big Lebowski. pic.twitter.com/X3zqywS7Q9