With mass shootings in the country increasing at an alarming rate, concerned parents are opting to send their kids to school with bulletproof backpacks. 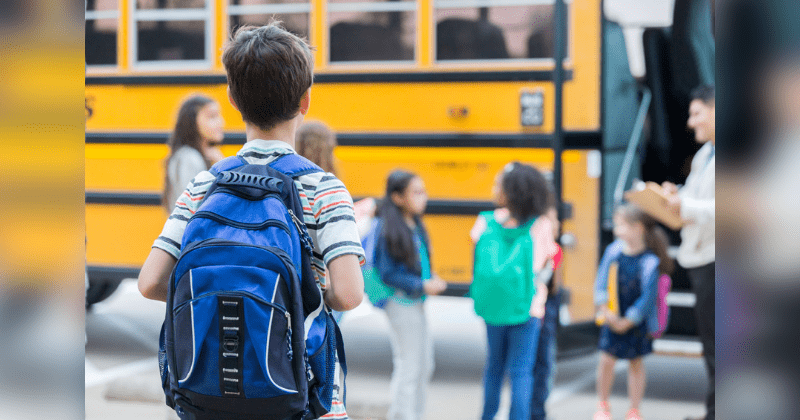 As hard as it is to accept, we now face a reality where America has become synonymous with mass shootings. While the number of lives claimed by shooting sprees in 2019 alone paints a grim picture, what many fail to talk about is the psychological impact of this rising epidemic. The overwhelming panic that gripped Times Square on Tuesday night when a dirt bike backfired is clear evidence of a new level of nationwide anxiety caused by the increasing number of mass shootings in the country. So is the worrisome surge in bulletproof backpack sales in the aftermath of the tragic weekend mass shootings.

According to CNN, with the start of the school year just days away, more and more parents are opting to buy their children bags that double as shields instead of the regular cartoon or superhero-themed backpacks. With America seeing a grave increase in school shooting incidents in the past decade, several companies such as the Guard Dog Security, Bullet Blocker, and TuffyPacks have entered the backpack market to cater to those worried about their child's safety at school. While backpack sales generally spike during the back-to-school season, all three retailers have noticed a significant increase this time around after last week's series of mass shootings.

Sad sign of the times... searches for "Bulletproof Backpacks" surging after 250 mass shootings in the United States this year. pic.twitter.com/5cbYVJpjkM

Bullet Blocker was founded by Joe Curran 12 years ago when the April 2007 shooting rampage at Virginia Tech left 33 dead. The former sheriff revealed that the incident left him worried about the safety of his two kids, prompting him to insert body armor into their backpacks. Soon their classmates' parents were asking for backpack inserts for their children too and it grew into a business. According to the Massachusetts-based company's website, since being introduced to the public 10 years ago, the 'My Child's Pack' has remained a "consumer favorite".

Prices of the brand's bulletproof backpacks range from $160 to $490, with most being JanSport or High Sierra backpacks with ballistic panels sewn into the back. The smallest backpack available for purchase is the "Junior Pack" suggested for preschoolers. Curran noted that the company has seen a 200 percent increase in sales since the mass shootings last weekend. Meanwhile, sales rose almost 300 percent in the same duration for TuffyPacks, a company launched by Steve Naremore in 2015 after his daughter — a fourth-grade teacher — informed him of how often her school required her to perform active shooter drills with her students.

While TuffyPacks does sell retrofitted bulletproof backpacks similar to the ones offered by Bullet Blocker, their specialty is lightweight, removable ballistic shields. According to the company's website, Level IIIA-rated shields are composed of a ballistic-rated synthetic fiber that's five times stronger than steel. These 24-layer inserts can last up to five years. Naremore revealed that almost 95 percent of their customers are parents and grandparents who purchase it for the children in the family. "We always see spikes in sales in the days or weeks after shootings," he said.

Although Yasir Sheikh, president of Guard Dog Security, couldn't draw a direct correlation between mass shootings and the increase in sales for their bulletproof backpacks, he did note that there was a significant surge in demand after the Parkland, Florida, school shooting last year. The company which was launched in 2013 has become so popular that their products have cropped up in major retailers like Office Depot and Bed Bath & Beyond since 2018. While they are marketed as "bulletproof" or "bullet-resistant" depending on the store, Sheikh claims that the two are synonymous.

When your country is willing to sell bulletproof backpacks to kids before it tries to limit gun access, you don’t live in a functioning society, you live in a war zone. pic.twitter.com/YMWx2Eha2a

The bags which retail for between $119.99 and $299.99, offer Level IIIA protection. That is, they have been tested to withstand 9-mm, .44 magnum, and shotgun ammunition. They cannot, however, protect the wearer against the ammunition of rifles or assault weapons. "What we're finding is, sometimes, events trigger heightened awareness of the product," said Sheikh. For parents, the weekend's mass shootings were a stark reminder that their children have been denied the carefree childhood they enjoyed. This was one of the major factors that prompted Raquel K.W. Donahue to buy a bulletproof insert for her 6-year-old son before he starts first grade.

Why is this still happening? Why am I seeing bulletproof backpacks for sale @officedepot? THESE SHOULDN’T HAVE TO EXIST! #GunControlNow pic.twitter.com/ox2XZt63om

BREAKING NEWS: Demand for $200 bulletproof backpacks soars as students prepare to return to school in the wake of deadly mass shootings. The bags are being purchased by parents who fear their kids may fall prey to gun violence when they return to class in just a few weeks. pic.twitter.com/WPzjemYkGT

Donahue revealed that while she has fleetingly thought about gun violence in the past, the El Paso and Dayton massacres have left her concerned about her family's safety. She first became aware of just how much the times have changed when her son came home from an active shooter drill in kindergarten telling her that he'd learned what to do if a "bad guy comes to hurt him." Speaking about it, she said, "He's worried about things I never dreamed of. It makes me sad  and angry." Donahue went on to reveal that while she and her son's father are upset about this being the reality today, they're aware that they have to face it. "It's not a guarantee, but it's some measure we can take to feel just a little bit better about sticking him on that school bus every day," she said.

#WATCH: Along with crayons, pens and pencils, bulletproof backpacks are now available at stores (like Office Depot) nationwide.

The backpack's company wants to make parents and students feel prepared. For parents, the option is a dark reminder. pic.twitter.com/jFdDXGHqaX