Poor People Are Being Jailed For Their Unpaid Medical Debts

Individuals with medical debt are brought to court to face the medical companies they owe and make a case for their own poverty. 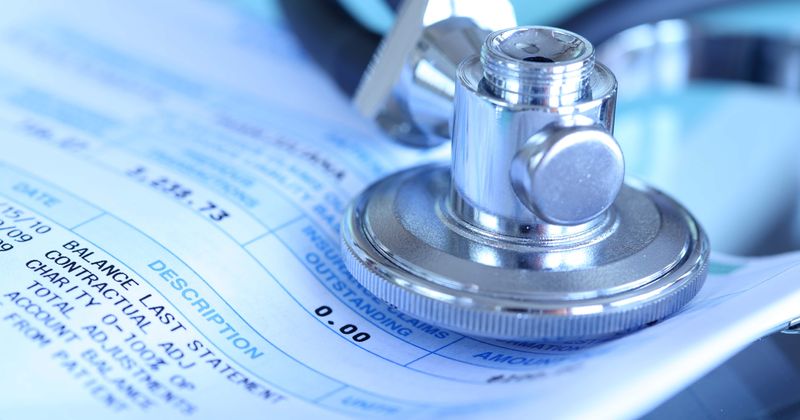 If there's one thing the divided electorate has seen eye-to-eye on this election year, it has been the urgent need for affordable health care. Despite this being a heated topic of discussion for what seems like forever, millions of Americans are still uninsured and struggling to repay hefty medical debts that are stacking up to dangerously high amounts and threatening to turn their precarious lives upside down. For residents of a rural Kansas county, the threat has already arrived at their doorsteps as those with unpaid medical bills are being forced to appear in court every three months and make a defense of their poverty.

According to CBS News, residents of Coffeyville, Kansas, live in fear of a law practice that has essentially been shaking down those with medical debt. The practice, which was detailed extensively in a ProPublica report from October, was put into place after an attorney named Michael Hassenplug recommended it to local judge David Casement. The magistrate judge presides over cases in which individuals with medical debt are brought to court to face the medical companies they owe and make a case for their own poverty. Hassenplug is said to have made built a  law practice around collecting medical debt through these hearings that are known as "debtors exams."

Welcome to Coffeyville, Kansas, where the judge has no law degree, debt collectors get a cut of the bail https://t.co/B1JlVdcUSH @adamcurry #noagenda #itm

Tres and Heather Biggs are just one of the many who've had their lives turned into a living hell by this practice. Their medical bills stacked up when their son, Lane, was diagnosed with leukemia when he was 5-years-old and Heather suffered seizures from Lyme disease at the same time. "We had so many — multiple health issues in our family at the same time, it put us in a bracket that made insurance unattainable. It would have made no sense. We would have had to have not eaten, not had a home," a devastated Heather explained.

This is a better article. The judge doesn’t even have a legal background. He’s a cattle rancher who was appointed as a magistrate. This is not how debt collection works. He even forces defendants to talk to plaintiff counsels without counsel. https://t.co/aGTxbpGx6Y

Despite working two jobs, Mr. Biggs could not keep on top of the mounting medical dues. To make matters worse, he was arrested for failing to appear in court for unpaid medical bills. "You wouldn't think you'd go to jail over medical bills. I was scared to death. I'm a country kid — I had to strip down, get hosed and put a jumpsuit on," he explained. His bail was set at $500 when the family had access to just about $50 to $100. This is the story of many in Coffeyville, where the poverty rate is twice the national average.

The POVERTY RATE there is TWICE the national average. You can thank the GOP/Trump "great economy" for that.

Meanwhile, Hassenplug claims he is simply doing his job. "They want the money collected, and I'm trying to do my job as best I can by following the law," he said. He revealed that he gets "paid on what's collected," and that if the bail money is applied to the judgment, he gets a portion of that. "We're sending them to jail for contempt of court for failure to appear," Hassenplug said. However, according to Independent, Hassenplug’s Yelp page has taken a hit following the notoriety gained by debtors exams. Outraged users have dropped his business rating to 1 star and smeared his page with photos of feces and other unpleasant images.

In one of the richest countries in the world, student loan debt should not exist.

School lunch debt should not exist.

Medical debt should not exist.

I won’t let up in my fight for an America where no one goes without basic human rights.

Although in most courts, the bail money is returned when defendants appear in court, in Coffeyville, almost every case sees the money being used to pay attorneys like Hassenplug and the medical debt his clients are owed. Nusrat Choudhury, the deputy director of the ACLU, condemned the practice, saying, "This raises serious constitutional concerns. What's happening here is a jailhouse shake-down for cash that is the criminalization of private debt."