trending celebrity people lifestyle news animals
Roy Horn Of The Magical 'Siegfried And Roy' Dies At 75: World Has Lost One Of The Greats Of Magic

Roy Horn Of The Magical 'Siegfried And Roy' Dies At 75: World Has Lost One Of The Greats Of Magic

Horn met Siegfried while working as a steward on a cruise ship and assisted him during his magic act. 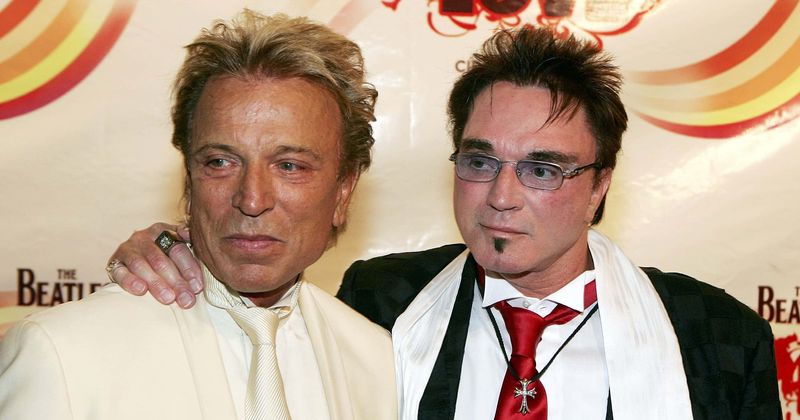 Roy Horn, one-half of the legendary Las Vegas animal and magic act Siegfried and Roy, passed away on Friday at the age of 75 due to complications from COVID-19. Roy Uwe Ludwig Horn and his collaborative partner Siegfried Fischbacher began their upbeat performances in Europe and rose to fame through their use of white lions and tigers during live magic shows. The duo ushered in a new era of entertainment in Las Vegas where they performed for four decades. "Today, the world has lost one of the greats of magic, but I have lost my best friend," Fischbacher said in a statement to ABC News.

Roy Horn, who was half of the Siegfried and Roy magic and animal act until his 2003 injury, has died from Covid-19. He was 75. https://t.co/RujGC6wkBT pic.twitter.com/YFQ2sYbaxb

"From the moment we met, I knew Roy and I, together, would change the world. There could be no Siegfried without Roy, and no Roy without Siegfried," he continued. "Roy was a fighter his whole life including during these final days. I give my heartfelt appreciation to the team of doctors, nurses, and staff at Mountain View Hospital [in Las Vegas] who worked heroically against this insidious virus that ultimately took Roy's life."

We are all mourning the loss of #RoyHorn of #SiegfriedandRoy. S&R invented, created, pioneered the very idea that a magic show could be a full evening in Vegas. If not for S&R there would be no P&T in Vegas. He was so full of life, wild, and unpredictable. We will miss him. pic.twitter.com/sHW5NAyBMu

Born on October 3, 1944, in Germany, Horn developed an affinity to animals at a very young age, reports CBS. He met Siegfried while working as a steward on a cruise ship and assisted him during his magic act. The decades-long collaboration of the German duo reportedly began when Horn asked: "Siegfried, disappearing rabbits are ordinary, but can you make a cheetah disappear?" Together they built a successful brand as entertainers around the world before they opened with an extravagant show at The Mirage Resort and Casino in Las Vegas in 1990.

Roy Horn, the masterful showman who captivated the Las Vegas Strip for more than a quarter-century as one-half of Siegfried & Roy, died Friday of complications from COVID-19 in Las Vegas. He was 75.https://t.co/YIdadvMs1r

Siegfried & Roy's 14-year revue at The Mirage came to an unexpected end in 2003 after Horn was attacked on stage by a white Bengal tiger named Mantecore. The attack that occurred on his 59th birthday severed Horn's spine according to CNN. And audience member told the network at the time that the performer "looked like a rag doll" in the animal's mouth. Horn suffered massive blood loss and stroke, which required two surgeries. His publicist later revealed that Horn believed the attack was a reaction to a stroke, leading him to considered Mantecore his "lifesaver."

Siegfried & Roy's Roy Horn has died at the age of 75 from complications related to the coronavirus https://t.co/JKzG8Bgllm

Horn eventually was able to walk again and stepped back onstage with Siegfried for one final performance on March 1, 2009, for their benefit show for the Cleveland Clinic's Lou Ruvo Center for Brain Health in Las Vegas. The duo raised $14 million from the benefit and in 2019, sat down with "20/20" for "Siegfried & Roy: Behind the Magic," a two-hour special on their illustrious career. Horn spent the remainder of his life traveling, visiting his animals, and attending shows and philanthropic events in Las Vegas. "Roy's whole life was about defying the odds," Siegfried said of his friend.

Roy Horn, of famed entertainment duo Siegfried & Roy, died Friday at age 75 after suffering from complications from COVID-19, a publicist confirms to @ABC.

RIP, Roy. Thank you for sharing your story with 20/20 several times through the years. 💔 https://t.co/qw1cJz7IUR pic.twitter.com/9J0T45oS5R

"He grew up with very little and became famous throughout the world for his showmanship, flair, and his life-long commitment to animal conservation. He had a strength and will unlike anyone I have ever known," he added. They shared a message of love and support for those affected by COVID-19 earlier this month, in which they said: "Everyone in the United States and around the world impacted by this health crisis remain in our prayers. We know the real magic in all of us caring, cheering, loving, and thanking one another will return everyone to good health and happiness. We can't wait until it is possible for all of us to hug each other safely again. Love to all, Siegfried & Roy."

The world lost a legendary figure with the passing of Roy Horn. His story, and the story of Siegfried & Roy, are larger than life. Our hearts go out to Roy’s family and friends, and most notably to Siegfried who shared a lifetime of magic and friendship with this special man. pic.twitter.com/ZiWNFdGe2H

Funeral services for Horn will be private with plans for a public memorial in the future. Horn is survived by his brother Werner Horn, his animal family, and, of course, Siegfried.