trending celebrity people lifestyle news animals
Robert Pattinson Is the 'Most Beautiful Man in the World,' According To Science

Robert Pattinson Is the 'Most Beautiful Man in the World,' According To Science

The results were based on the Greek Golden Ratio of Beauty Phi – which measures physical perfection. 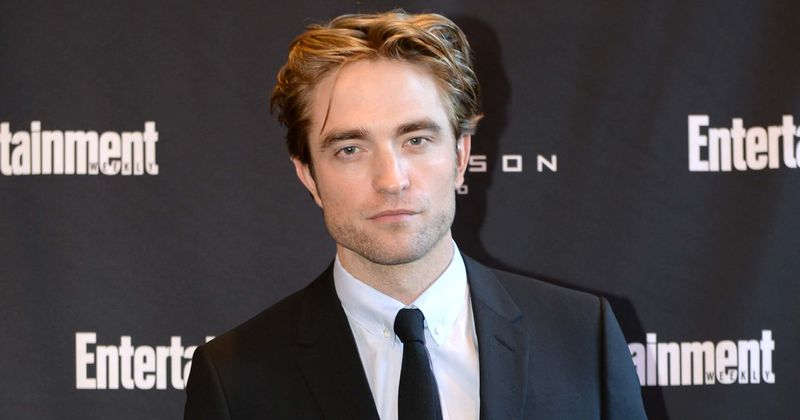 Robert Pattinson fans, rejoice! He's the most beautiful man in the world, hotter than both Henry Cavill and Brad Pitt even! As an actor, fans have loved his work in Twilight, Water for Elephants, and Cosmopolis. Now, everyone eagerly awaits to see how how the actor will essay the role of the iconic Bruce Wayne in his upcoming film, The Batman. While many are both excited and apprehensive about his role as Gotham City's crime fighter, there's one thing everyone agrees on: Pattinson is one heck of a gorgeous man.

So, how did he come up with the title of the most beautiful man in the world having strong contenders in the list? Plastic surgeon Dr. Julian De Silva, who runs the Centre for Advanced Facial Cosmetic & Plastic Surgery in London based his findings on the Golden Ratio of Beauty Phi which measures physical perfection.  Dr. Julian De Silva compiled a list of the most "beautiful" male celebrities, and the Twilight actor topped the list with a staggering beauty rating of 92.15 percent.

Robert Pattinson Is the World's Most Beautiful Man According to Science https://t.co/BYr0D3sjcU

According to the cosmetic surgeon, the Golden Ratio was "a mathematical equation devised by the Greeks in an attempt to measure beauty. The ratio can be applied to anything and was used by Leonardo Da Vinci for the perfect human male body in his famous work, the Vitruvian Man. The premise behind this is that the closer the ratios of a face or body are to the number 1.618 (Phi), the more beautiful they become."

34-year-old Pattinson won the top spot after De Silva looked at the physical proportions of his face "using the latest computerized mapping techniques." Yahoo reports that "his eyes, eyebrows, nose, lips, chin, jaw and facial shape were measured against other celebrities and his make-up meant he came closest to the ancient Greeks’ idea of perfection."

So who else made it to the list? The Witcher star Henry Cavill came a close second with a rating of 91.08 percent. De Silva said, "Henry Cavill was a close second. He had the highest overall score for his lips and forehead and also scored very highly for the matching ratio of nose and lips and his eye position."

Bradley Cooper was third with 91.08 percent. What made him slip down a few positions? According to the surgeon, "he was marked down for the shapes of both his nose and face."

Brad Pitt, came in fourth with 90.51 percent. The specialist remarked that "to come third on the list at the age of 56 is incredible and reflects his almost ageless beauty. He had the top marks for eye spacing but was marked down for the shape of his nose."

The oldest star on the list 60-year-old George Clooney landed in fifth place. Clooney was apparently the previous year's winner but De Silva noted, "the effect of ageing resulted in a loss of volume in the face, giving him a score of 89.91 percent."

Wolverine actor Hugh Jackman had an overall score was 89.64 percent and took the sixth position. Dr. Julian De Silva said, "Hugh is another actor who seems to get better with age and whose career is at its absolute zenith. To make the top [six] at 51 shows the strength of his overall features. He scored highest for nose shape but was marked down for his lips and eye spacing."

Football icon David Beckham came in at seventh with a score of 88.96 percent. He is said to have "the most chiseled chin in the top ten and had a near-perfect ratio in the size of his nose and his lips."

Rounding off the last three in the 8th, 9th and 10th spot were Idris Elba, Kanye West and Ryan Gosling who received scores of 88.01 percent, 87.94 percent and 87.48 percent respectively.