Robert De Niro Is Being 'Forced To Work' To Pay For His Ex-Wife's Luxury Lifestyle, Says Lawyer

De Niro and actress Grace Hightower first married in 1997. The couple has been rather private about their two-decades-long relationship. 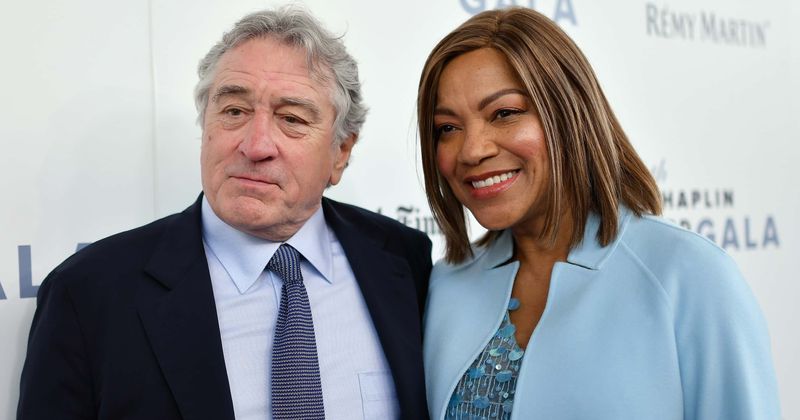 Robert De Niro's lawyer is making strong statements about the actor's ex-wife, Grace Hightower. The pair first married in 1997 but split two years later in 1999. The couple then renewed their vows in 2004 but officially split again in 2018 where De Niro filed for divorce. The actor is currently battling the divorce case against Hightower, who he was with for 21 years. Recently his De Niro's attorney, Caroline Krauss, told a New York judge that the veteran actor cannot keep up with the workload that financially supports his former wife's life. "Mr. De Niro is 77-years-old, and while he loves his craft, he should not be forced to work at this prodigious pace because he has to," Krauss said, according to Page Six. "When does that stop? When does he get the opportunity to not take every project that comes along and not work six-day weeks, 12-hour days so he can keep pace with Ms. Hightower's thirst for Stella McCartney? He could get sick tomorrow, and the party’s over."

Earlier this year, a judge ruled that Hightower is to receive $1 million per year in the divorce settlement. According to the attorney, De Niro has been struggling financially since the pandemic and is also behind on a hefty tax bill, which the New York Daily News reported clocks in at $18.25 million. Krauss claims that Hightower has been spending money lavishly since filing for divorce in 2018. According to the lawyer, in just 2019, she had spent $1.67 million — including buying a diamond worth $1.2 million from jeweler Kwiat. However, Hightower's lawyer, Kevin McDonough, argued that there had been no "cutbacks and no slowdowns in Mr. De Niro's lifestyle whatsoever." McDonough retorted, "When Mr. De Niro goes to brunch Sunday in Connecticut, he charters a helicopter up there. When he flies down to see his friends in Florida or wherever else, it's a private jet."

Also, the couple, who have two children, is expected to sell their $20 million home.  “If he wants to direct or compel his family to leave their longtime home while he’s spending millions and millions and millions on himself, on his own homes, on renovating what his lawyers tongue-and-cheek call his cottage in Montauk, which he has poured millions and millions into over the past couple of years, he can take that position,” McDonough claimed of the actor.

During the proceedings, Manhattan Supreme Court Justice Matthew Cooper told both parties that "there's nothing ordinary about these expenses for 99.99999 percent of the world." "These are extraordinary to an almost unimaginable degree," he said. "I want to get these parties divorced. I want to get Mr. De Niro and Ms. Hightower to go their separate ways. They're both going to come out of this richer than most human beings who walk this earth. There's no question about it."

The couple has been rather private about their two-decades-long relationship.  The two share a 9-year-old daughter whom they had through a surrogate and a 23-year-old son. In 2016, De Niro opened up about his children and revealed that their son Elliot has autism. “Grace and I have a child with autism and we believe it is critical that all of the issues surrounding the causes of autism be openly discussed and examined,” De Niro said in a statement at the time, according to PEOPLE. When their second child, daughter Helen, was born via surrogate in 2011, De Niro shared, “Sometimes you’re the last person they want to deal with,” he said of his kids. “It’s like when you walk your kids to school and they get older and they don’t want to hold your hand or kiss you goodbye.” He was thrilled to start the process over with his young daughter. “It’s good stuff now,” he said. In the '90s, when the couple split, they were embroiled in a heated custody battle over their son Elliot. However, later they reconciled and renewed their vows and spent many years together until 2018.