Missing 2-Year-Old Pennsylvania Baby Girl Was Sold By Father For $10,000, Says Driver Charged In The Case

Sharena Nancy has been charged with the kidnapping of a Pennsylvania toddler who has still not been found. 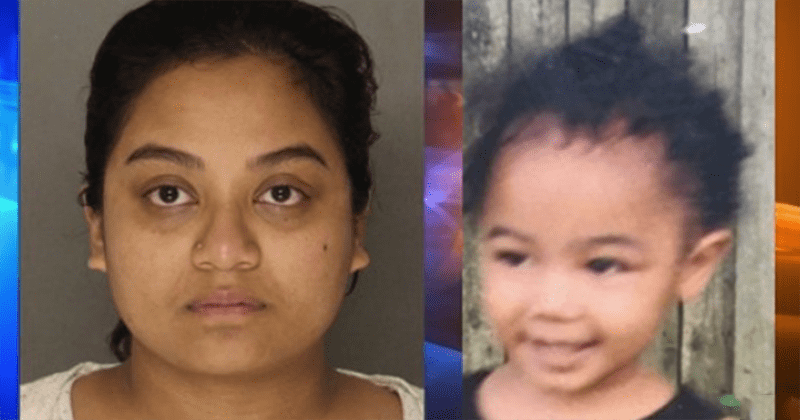 A woman has been arrested in connection with an active Amber Alert for a missing Pennsylvania toddler who disappeared over the weekend, reports say.  Sharena Nancy has been accused of driving off in a ride-share car with 2-year-old Nalani Johnson on Saturday evening. Nancy faces charges of kidnapping of a minor, interference with custody of children and concealment of whereabouts of a child, according to KDKA. According to a criminal complaint, Paul Johnson, the toddler's father, said he was in the car with his daughter and two friends on Saturday evening. The driver of the car was Nancy, with whom Johnson was at the beginning of an "intermittent romantic relationship", according to a statement given on Tuesday by Allegheny County Police Superintendent Coleman McDonough. An argument ensued while Nancy was driving, and Johnson and his friend left the car. But, according to the complaint, when Johnson left the car and went to get his daughter out of the car seat, Nancy drove away with the toddler.

Police arrested 25-year-old Nancy during a traffic stop later that evening, but the child was not found in the car. According to CNN, Nancy told detectives that Johnson sold the child to an individual for $10,000 and asked her to complete the drop-off. Nancy alleges that she was shown a photo of a woman that she was supposed to meet and that Johnson asked her to drive the toddler "20 minutes" from a gas station in Monroeville along US Route 22 to meet the woman. The ride-share driver says that she was told the woman would then "flag" her down and Nancy was to hand over the toddler. Nancy added she had encountered a silver SUV with an out-of-state license plate parked on the side of the road, and then passed the toddler and the car seat over to a woman standing next to the car before driving off. She also told police she saw a second woman inside the SUV.

McDonough said during the press conference that authorities have no evidence to corroborate Nancy's version of events, adding that Johnson and his family have been cooperative with the ongoing investigation. The FBI is now involved in the investigation and told KDKA that their Child Abduction Rapid Deployment Team, or CARD, is now on the ground in Pittsburgh to assist. Nancy is being held without bail at the Allegheny County jail, and was arraigned on Monday after being charged with kidnapping of a minor, interference with custody of children and concealment of whereabouts of a child. Her preliminary hearing is scheduled for September 16. Nalani’s grandmother, Taji Walsh, told KDKA that Nancy’s account of the events is not true. Her son, referred to as “P.J.,” is Nalani’s father. “If the police felt that P.J. was in any way involved, he wouldn’t be walking freely, he’d be locked somewhere up like she is,” she said.