Richard Gere Writes Songs For His Wife Every Day; She Feels Like The World's "Luckiest Woman"

Gere met his wife Alejandra Silva in 2014, and the couple had a fairytale wedding last year. "I feel like I'm in a true fairytale," said Silva. 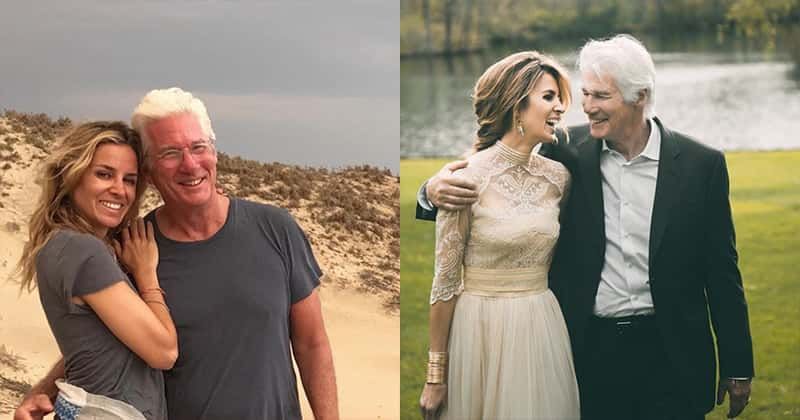 "Pretty Woman" star Richard Gere and his now wife Alejandra Silva met in 2014, and have been living a fairytale romance since then, according to Silva. "I feel like I'm in a true fairytale," Silva said in an interview soon after her wedding. "Without a doubt, I feel like the luckiest woman in the world… What could be more romantic than a man who writes you songs every day?"

The pair reportedly first met as family friends when Silva was a young girl, and then reconnected in 2014 in Italy, where they were reintroduced by a common friend. Silva spoke to Hello! Magazine about their meeting, saying that both of them felt a very strong connection to each other. She also commented on the fact that both Gere and Silva were going through divorce proceedings when they first met, saying, "Love stories with a complicated beginning, where you have to overcome difficulties together, can bring you closer... I'm sure I did [have some doubts] at some point. In the beginning, he was more convinced than me. But from very early on, we felt that we were destined to be together." She added, of their first meeting, "We couldn't stop looking at each other all night, and since then we haven't been apart."

Silva also revealed that the legendary actor sent her flowers multiple times until she agreed to date him, and regularly writes songs for her now that they're married. "He is the most humble, sensitive, affectionate, attentive, funny, generous man that I've ever met," she gushed. "What can I say? I'm so in love! How would you feel if each morning you were asked, 'What would make you happy today?' Not a day goes by that he doesn't mention how important I am to him. I feel very lucky."

The couple married last year in an Indian-inspired wedding at Gere's ranch. "I'm the happiest man in the universe," Richard told Hello! about his bride. "How could I not be? I'm married to a beautiful woman who is smart, sensitive, committed to helping people, who's fun, patient, who knows how to forgive, who's a great cook – and who makes the best salads in the world! Alejandra meditates, she's a vegetarian, a great mother, has the touch of an angel... and she's also Spanish: the land of kings and queens, of Cervantes and Buñuel... You can't get any better than that." Silva added, "I never thought I'd find a man so perfect for me. I have no words to describe my happiness."

Silva also commented on criticism of the couple's 20-year age difference, saying is that what united her and Gere was their desire to help other people and their commitment to Buddhism. "In this life it had to be like this," she said. "He has promised me at least 20 good years! I have to confess that he has much more energy than me; he's much more active. I find it hard to keep up with him. He's not human! Everyone who sees you together says Richard's crazy about you. What does he say you've given him? He knows I love him madly. I think I bring him stability. Above all, it helped I wasn't an actress or a model. I never had any interest in that." She added wistfully, "It's the sweetest, most romantic dream I've ever had. That's why I've decided to stay in it!"