Lady Diana's last day on Earth was spent "blissfully happy" with her then partner Dodi Al Fayed, who planned to propose to her that night. 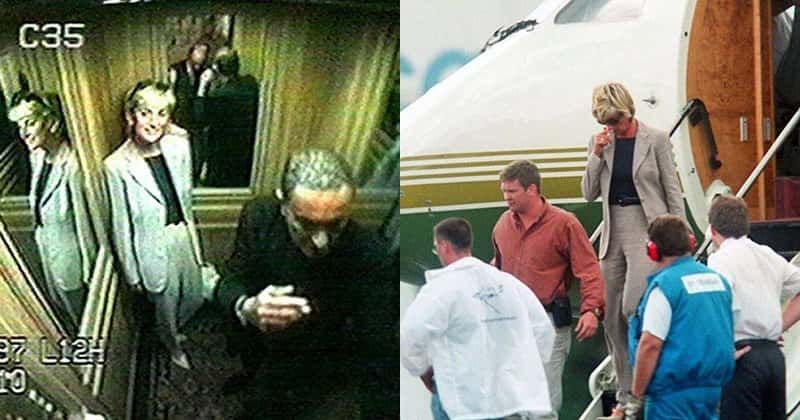 Britain's beloved Princess Diana passed away in a car accident 22 years ago, but the world is still fascinated by her life. The curiosity about her divorce to Prince Charles and her subsequent romance with Dodi Al Fayed is present to this day, as is the intrigue about the fateful day when she died. What really happened that day? Several factors led to the fated car crash that killed Diana and Al Fayed. According to The Daily Mail, Henri Paul, who drove the couple away from The Ritz Hotel in Paris that day and lost control of the Mercedes, had been "drinking all day", but he wasn't even supposed to be the couple's chauffeur in the first place. According to a 2016 statement by Diana’s former police bodyguard, Ken Wharfe, if Diana was still in the care of the royal protection squad instead of private bodyguards hired by the Fayed family, the crash would never have occurred. Scotland Yard officers would not have allowed Henri Paul, who was the Ritz hotel’s security chief, not a chauffeur, to have driven the car that fateful evening. Paul was instructed to drive as part of a plan to confuse the paparazzi, who were expected to chase after the official car driven by Dodi’s regular chauffeur Philippe Dourneau, which was empty.

Even though they didn't know it, August 30, 1997 was Princess Diana and Dodi Al Fayed's last day alive. They began their day breakfasting off the Emerald Coast in Sardinia. “They were in a good mood,” Fayed's butler recalled to The Washington Post. “They were always laughing, holding hands.” That day, Diana had made a call to her friend Richard Kay to tell him that she had "decided to radically change her life". “She was going to complete her obligations to her charities,” Kay later wrote in The Daily Mail, “and then, around November, would completely withdraw from her formal public life.” He added that the couple was "blissfully happy" and surmised that they would probably have married soon. In fact, according to The Washington Post, Fayed planned to propose to her that night.

Even though the couple had been dating for less than a month, people close to Fayed admitted that a ring had been picked out, and was waiting for their arrival in Paris. Fayed’s calendar that day had just one entry — at 6:30 p.m., he was to pick up the ring at a store near The Ritz, a hotel owned by his father. The couple left the boat for Fayed’s plane at around 11:30 a.m., but as soon as they arrived in Paris, Fayed spotted paparazzi waiting. “Dodi did not want this special occasion ruined by a bunch of a shutter-happy cowboys trying to corral them on motorcycles and shoving lenses in their faces,” The Post quotes ex-Time reporters as writing. “As soon as the door opened, cameras started clicking.” As the day wore on, the paparazzi only increased in numbers. The couple arrived at The Ritz in the late afternoon. While Fayed went to collect the ring, Diana went to a salon for a hair appointment. They then rested in the hotel’s Imperial Suite before going to Fayed’s apartment to get dressed for dinner. She checked in with her children, who were in Scotland with Prince Charles and the Queen.

The couple was trailed by photographers on the way to Fayed's apartment that evening, and more waited outside the door of the building. Fayed was enraged, and an altercation ensued. He quickly confessed to his butler that he planned to propose that night - the ring was on his nightstand, along with some bottles of Dom Pérignon on ice to celebrate. But the night did not go as planned. The first restaurant they tried, a bistro not far from the city center, was quickly overrun by photographers. The couple split up and headed back to The Ritz, fleeing to the dining room hoping to be left alone. Ex-Time reporters Tom Sancton and Scott MacLeod wrote in their book, Death of a Princess, “No sooner had they ordered, they began to feel the indiscreet stares of other diners.” The couple went back to the Imperial Suite, with Fayed worrying about his plan the whole time.

To get back to his apartment, which was instrumental to his proposal plan, Fayed came up with an idea. The couple’s driver and bodyguards would create a distraction at the front of the hotel, appearing to get their fleet of Mercedes sedans ready to leave. Meanwhile, the Princess and Fayed would slip out the back door, in a borrowed car driven by a hotel security officer. That driver, Henri Paul, was reportedly drunk. Photographers were quickly tipped off about the plan and chased the couple. Paul tried his best to maneuver through traffic, but ended up wrecking the car in the Pont de l’Alma tunnel near the Eiffel Tower. Fayed was killed instantly in the crash. The Princess was rushed to the hospital, where she passed away.

The death of Princess Diana, who was then 36, shocked the world. Her funeral was held on September 6, 1997.