People Who Take Naps Regularly Are Happier And More Productive, According To Science

The study also established that the best outcome of napping often could be a noticeable surge in one's career drive. 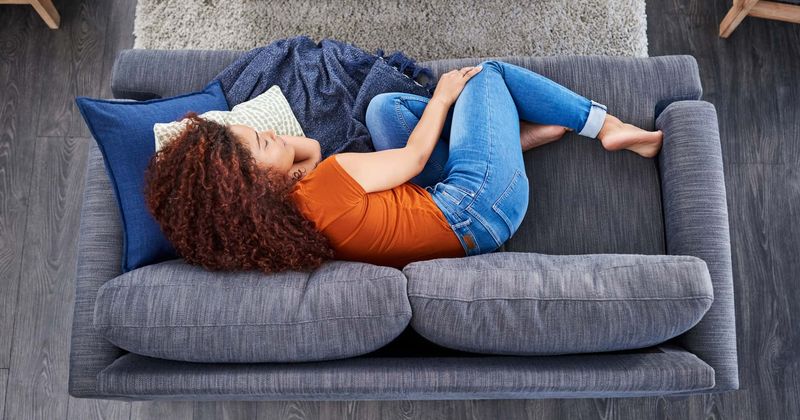 Napping makes you more productive, according to science. A new study has shown that 2,000 Americans, of mixed backgrounds and napping preferences, saw that their personality has a lot to do with the kind of rest they take during the course of a day. It segregated those who nap and those who do not, be it regularly or occasionally, and found a significant difference in their mood and attitude, Metro reports.

The results of the study showed that self-identified nappers were very likely to identify as a productive person, which was 93%, in contrast to 85% of non-nappers. Napping, in general, was linked to the key to a better life overall. Interestingly enough, self-identified nappers had been identified as happier (90% vs 79%) over those who did not nap often and also as more confident (89% vs 79%), according to the research. The study was conducted by OnePoll on behalf of Mattress Nerd and also established that the best part about napping often could be a noticeable surge in one's career drive.

“Napping is no longer a sign of laziness, but it’s another tool we can use to make us more productive in life,” said a spokesperson for Mattress Nerd, according to the outlet. “While it’s really ideal to maintain a consistent schedule of seven to nine hours of quality sleep each night, that’s not always the case,” said the spokesperson. “With emerging research on topics such as polyphasic sleep, we can all take a look at the science behind sleep and napping more closely to find habits that work for our lifestyles.”

Despite naps being cut from many schools, a new study in Sleep finds regular napping appears to benefit children in a wide range of outcomes, including cognition, psychological wellness, and emotional and behavioral issues. #nanneuropsych https://t.co/jTj4oUhqA8

It would seemingly appear as if all the struggles that surround taking a successful nap during a working day can be easily solved with a few small tweaks. The study also revealed that the preferred time for most people to take a nap is at 1:31 pm, and they would do so at a  room temperature of 65 degrees ideally. Though it's important to note that this was a small survey in contrast to the entire population of the world or even the U.S and hence cannot be proclaimed as a  scientific study. There needs to be much more research on the subject that carefully understands the relationship between napping, moods and even career success.

#NASA study on drowsy pilots and astronauts found that a 40-minute NAP improved performance by 34% and alertness by 100%. Napping may not ensure success in life, but it's a SUPER POWER. Now go lie down. (National Sleep Foundation) #sleep #productivity #health #naps #performance pic.twitter.com/9sKggGiFt4

James Wilson, the sleep behavior expert behind Sleep Well, Work Well, says, "Sleep is the basis on which our physical health and emotional wellbeing is built upon. In the workplace, it helps us stay more focused, helps us be more productive, reduces sick days, and leads to a more calm and content workforce. Research from the University of Rotterdam in March 2017 found that even one night of poor sleep can lead to employees displaying unwanted behavior at work, such as taking longer breaks or losing their temper with colleagues."

"Too many organizations and even some sleep experts use [naps] as an easy one size fits all, prescriptive solution," explains James. "Naps do not cure poor sleep and in fact, in many cases, they make poor sleep worse. It is far better to address the underlying condition and have better sleep at night then just try to address the symptom of sleep deprivation through a nap. A nap is a solution to sleep deprivation, which can be caused by many different types of sleep disorders from Sleep Apnoea, Insomnia, Restless Leg Syndrome, or Parasomnias."

Sleep expert and therapist Christabel Majendie also adds that a nap can really improve one's focus, which would, in turn, boost their productivity. "If you are feeling sleepy at work, a short nap at work could be beneficial as it will lead to improved alertness which will impact your performance and memory," she explains.