Kurt Russell And Goldie Hawn Return As Mr. And Mrs. Santa Claus In 'The Christmas Chronicles 2'

The pair have been together for 37 years but haven't acted together in a movie since 1987's 'Overboard'. 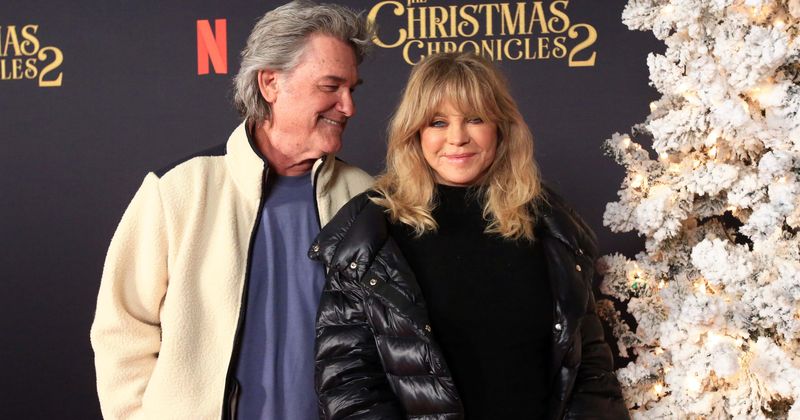 Goldie Hawn and her partner of 37 years Kurt Russell told Ellen DeGeneres on her show that working with Kurt on Netflix's The Christmas Chronicles 2 had felt 'just like a honeymoon.' The 75-year-old elaborated, "We'd go out and have dinner and we were just together and it was intimate—it was just the two of us. I just thought it was the most fun time ever. It felt like our honeymoon." This is the first time the two have appeared together on screen since 1987's Overboard, reports Daily Mail.

Goldie Hawn and Kurt Russell are a great couple! I liked them together since Overboard (1987)! 💕 #GoldieHawn #KurtRussell #Overboard pic.twitter.com/sA1msdDFU1

In a rare appearance together, the adorable couple fondly recalled the time they fell in love. Goldie was a single mother of two at the time. The actress had divorced musician Bill Hudson with whom she had son Oliver, born in 1976, and daughter Kate, born in 1979. The actress, who recently just celebrated her 75th birthday, met Kurt, 69, on the set of Swing Shift in 1983. And the rest was history.  "I loved the way he looked at my children," Goldie revealed when asked by Ellen about falling for her at the time co-star. "It was really something special." The Private Benjamin and First Wives Club star added, "I fell in 'love' but I also fell in 'like' and those are two pretty big deals."

Fans have been excited to watch Netflix's The Christmas Chronicles 2 especially to see the couple together again on screen. The couple stars as Santa Claus and Mrs. Claus in the sequel to the 2018 Netflix film.

The Christmas Chronicles Part 2 gave me all the lovely Christmas feels I wanted this year. Such a big, beautiful, fun Christmas movie. Kurt Russell is in magical form yet again. And Goldie Hawn is adorable as always, she's made to play Mrs. Claus. Wonderful movie! 😍🎅🤶🎄 pic.twitter.com/xobQGxWerD

Off-screen, admirers are in awe of their fun, flirty relationship that's lasted decades. What is their secret? They told Extra ahead of the premiere of their new Netflix holiday sequel that they'd be on a successful business venture if they knew the secret to the longevity of their relationship. "If we knew that, we'd put it in a bottle, sell it and say, 'So long!' " quipped Russell. "I know people always want the answer to that," added Hawn. "The answer lies within you. … We're alchemists, you have to be alchemists, you have to be able to turn all kinds of metal into gold, and that's what we have to do." The vivacious actress continued, "Sometimes, it takes a little finagling. Sometimes things don't go your way … but the point is you have to go deeper. You've got to find out what's going to get in the way of a love story." "It's just being conscious, knowing what you want … " Hawn said. "Friendship is everything, support, friendship, being there for someone, compassion — empathy is huge." "Go with that!" Russell agreed.

According to PEOPLE, Goldie Hawn turned 75 on Saturday (November 21); her partner and the cast of their upcoming Netflix movie gave her a memorable birthday surprise in advance. A montage of their co-stars wishing Hawn a "Happy birthday" via pre-recorded videos was played at the movie premiere. Also in on the surprise were Kimberly Williams-Paisley, Tyrese Gibson, and film director Chris Columbus, who called Hawn "the best Mrs. Claus in cinema history." Columbus said, "We're so privileged to have you in our world. An incredibly gifted comedic actress, a great dramatic actress," while Gibson offered a slow recitation of "Happy Birthday."

The warm couple is not just incredible incredible partners, they're also incredible actors. When the couple received stars on the Walk of Fame a few years ago they celebrated each other in the most beautiful way. According to TODAY, Russell said at the podium, “Goldie to you, I owe my wonderful life. Simply put Goldie, I cherish you. All of the stars in the sky or on the boulevard don’t hold a candle to that. So if I am to be honored with this sweet token of memorabilia that is to be sunk forever in the cement of a street whereupon I will be subjected to the constant harshness of the blazing California sun, blowing winds and pouring rains and stray dogs — of both the canine and human variety, perhaps in need of a little relief — and trod upon by the soles of shoes caked with earth from all corners of the globe, there's no one else I'd rather be next to for all of that than Goldie Hawn." Who said true love doesn't exist?