Princess Diana Was Such A Devoted Mom, She Slept On Hospital Floor After 3-Yr-Old Harry's Surgery

The hospital staff had given Princess Diana a mattress so she could sleep beside her son after the surgery. 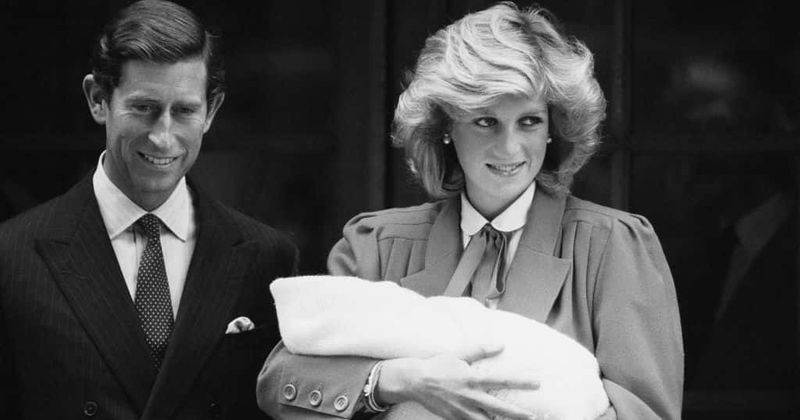 The late Princess Diana was such a devoted mother she did not want to leave the sight of her younger son, Harry while he was in the hospital in May 1988.  She not only looked after him but even slept on the floor next to him so that she could always be near him during that time. Harry had a minor hernia and was admitted to the Great Ormond Street Hospital for Sick Children according to a report in Associated Press.  Patti Boulaye OBE, a Britsh singer and actor made this revelation about her late friend while speaking at a meeting in the St John Ambulance Everyday Heroes awards dinner recently. She gave audiences a peek into her new show, her life and work while also talking about the bond that she shared with Diana.

Princess Diana on a water slide with her son Harry at a theme park in 1992. pic.twitter.com/rAEKfkKtEE

Diana was just 26 years old when she was looking after her son at the hospital. According to Metro UK, Boulaye said "It was her decision to sleep next to him." She also highlighted that her friend told her the hospital staff had given her the mattress so she could sleep beside her son. "She must have been a mother and a half," Boulaye added. Previous reports about the time had hinted that Diana slept in a room that was near her son's but this was not true if Boulaye's accounts are to be believed.  Heaping praises on Diana, Boulaye called her "wonderful" and said the two of them often had lunch together. Once they even had over Paul McCartney's wife, Linda McCartney, and another guest. In one of their discussions, the prince's hospital trip also came up. Boulaye also said her own son, Sebastian, was at the hospital at that point in time.

Beautiful picture of Princess Diana and her sons pic.twitter.com/bMnrF9EQhT

"I'm so sorry how is (Harry) because you know, it was in the paper," Boulaye said. "And she said, 'Oh, he's good...Oh, I'm so tired.' I said, 'Well, I bet you didn't have to stay in the hospital!' She said, 'Oo, oh gosh, I wouldn't let him stay there on his own.' I said, 'You stayed at the hospital?' She said 'Yes'. And I said, 'So did I.' I said, 'But you didn't sleep on the floor?' She said, 'I did! They gave me a mattress.'" Boulaye was surprised Diana was sleeping on the floor and asked her "Who allowed you to sleep on the floor?!' I just joked, 'Where are they? I'll shoot them!" Boulaye said that Diana made the decision to sleep on the floor beside her son. "It was wonderful. She was so normal. This is what I loved about her," said Boulaye. She said she met Diana in the West End near Trafalgar Square for the first time.

Prince Charles was supposedly on vacation in Italy but he contacted his son to know about his health over the phone. Harry's older brother William, was five then. On one occasion Boulaye said she and Diana spoke about her sons after her family had just returned from a trip to Canada, during a Help the Aged event. They discussed press coverage of the event. "'It's incredible the things they put.'" I said to her, 'When it's a bad photo, that's when you need to worry... you always look good, so don't worry! None of us remembers what we read - we just think you look great!'" Speaking about the time when she got news of Diana's death in 1997 Boulaye said she was shaken. "My legs buckled and I sat on the bench, I thought, 'No, they didn't just say that'. It was just awful."