The "People's Princess" had doubts had about the marriage very early on, including the involvement of another woman in Prince Charles' life. 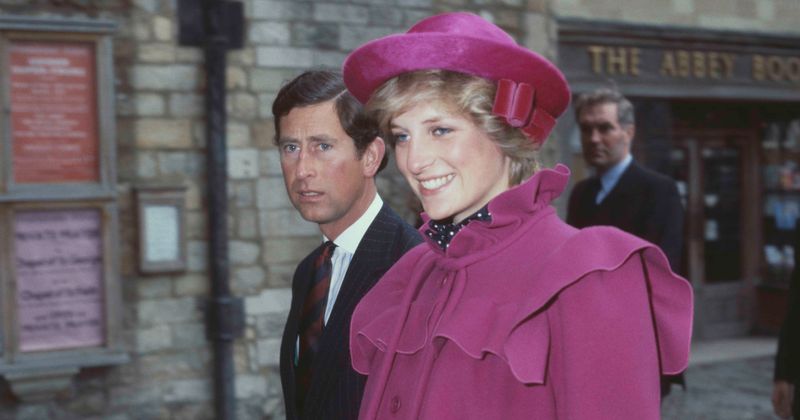 Timeless tales have told us that Princesses often end up with a fairytale wedding and enjoy a "happily ever after" but that wasn't the case for the most popular Princess of all time. The 'People's Princess', Diana, had an often complicated life and her relationship to her Prince was no different. Years later, when previously recorded tapes revealed her side of the story, Princess Diana calling her wedding day on 29 July 1981, “the worst day of my life". According to The Telegraph, she also said that she was struggling with the constant battle of trying to live up to her "fairy princess" public image.

The tapes were said to have been discovered in 2001 during a police raid at the home of Paul Burrell who was the former royal butler. The contents were considered "explosive" but were soon released. “Because the princes are talking about it, it was considered more OK to release it,” a source told The Telegraph. “Also, there comes a point when something becomes historically interesting so it was decided to let the material speak for itself.” According to TODAY, Diana: In Her Own Words was part of a National Geographic documentary, based on a series of interviews she conducted in 1991 for a book about her life.

She spoke about how she confided in her sisters about how she was feeling about the wedding and that she was having second things about it. “I went upstairs, had lunch with my sisters who were there, and I said, 'I can't marry him. I can't do this. This is absolutely unbelievable,’” she said in one recording. “And they were wonderful and said, 'Well, bad luck, Duch. Your face is on the tea towel, so you're too late to chicken out.'” She also knew there was something brewing between her partner and Camilla Parker Bowles, whom the prince later married. Camilla had gifted the Prince a pair of cufflinks with two C’s entwined and Diana confronted him about during their honeymoon.

This Diana documentary has me shoutinggggg!!! First of all as if Camilla attending the wedding wasn’t enough, Charles wore a pair of cufflinks engraved with two intertwined Cs (a gift from Camilla ofcourse) on their HONEYMOON!!!

“So I said, 'Camilla gave you those, didn't she?' He said, 'Yes, so what's wrong? They're a present from a friend.' And, boy, did we have a row. Jealousy, total jealousy,” she said. “And it was such a good idea, the two C's. But it wasn't that clever." It seems the Princess had doubts even on their wedding day. According to the Netflix documentary The Story of Diana,  the Express reports that Diana said,  “As I walked up the aisle I was looking for her.” She was speaking about Camilla who is now the Duchess of Cornwall.

Andrew Morton, Princess Diana’s biographer, shared that Diana was “hopeful” Charles’ relationship with Camilla would come to an end. He said: “When I interviewed Diana for her biography, she told me about the moment she stood at the entrance of St Paul's Cathedral. "She said she had hope brimming in her heart and as she walked down the aisle as she looked at Camilla Parker Bowles – who she knew was Prince Charles’ mistress. She hoped the relationship was over, sadly it wasn’t.” Royal fashion historian James Sherwood added that, in her huge Emanuel wedding dress, Diana appeared as a “sacrificial lamb”. He said, “I remember the fairytale wedding dress designed by Emanuel. I feel like she looked like a sacrificial lamb in a way, all dressed up in this great big wedding cake of a dress.”

Princess Diana's wedding dress was made of silk and antique lace, covered in 10,000 hand-sewn pearls, and featured a 25-foot train. It remains one of the most copied dresses in history. ❤️ #HappyBirthdayDiana pic.twitter.com/q40voWI0M8

At her funeral, her brother delivered a moving speech. According to BBC, Charles, Earl Spencer said, "Diana explained to me once that it was her innermost feelings of suffering that made it possible for her to connect with her constituency of the rejected. And here we come to another truth about her. For all the status, the glamour, the applause, Diana remained throughout a very insecure person at heart, almost childlike in her desire to do good for others so she could release herself from deep feelings of unworthiness of which her eating disorders were merely a symptom. The world sensed this part of her character and cherished her for her vulnerability whilst admiring her for her honesty."

He went on to criticize how the media had treated his sister. "There is no doubt that she was looking for a new direction in her life at this time. She talked endlessly of getting away from England, mainly because of the treatment that she received at the hands of the newspapers. I don't think she ever understood why her genuinely good intentions were sneered at by the media, why there appeared to be a permanent quest on their behalf to bring her down. It is baffling. My own and only explanation is that genuine goodness is threatening to those at the opposite end of the moral spectrum. It is a point to remember that of all the ironies about Diana, perhaps the greatest was this - a girl given the name of the ancient goddess of hunting was, in the end, the most hunted person of the modern age."

Wow! I feel defeated reading that quote. It's just heartbreaking. I sometimes feel like the Sussexes will be much better off if they took their family away from that snake pit & toxic media environment.