Prince Philip, the oldest living member of the British Royal Family turns 99 today, receives tributes from all over the world. 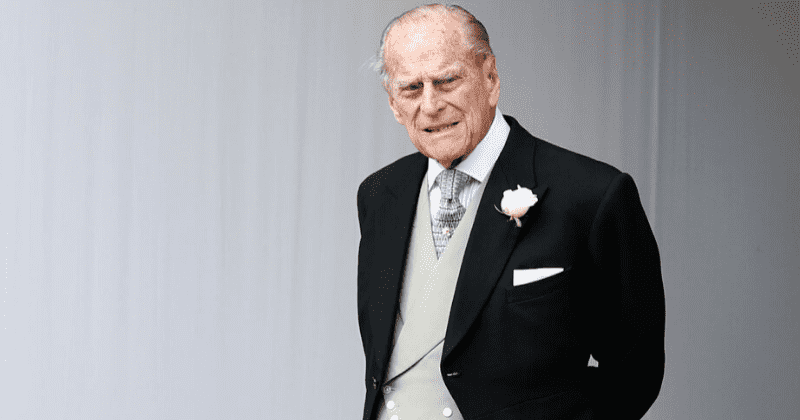 Prince Philip, the husband of  Queen Elizabeth II for a little over seven decades, turned 99 birthday today amid little fanfare to mark the landmark event, given the situation brought about by the pandemic. The Duke of Edinburgh was expected to spend the day with his wife, the 94-year-old Queen at the Windsor Castle, west of London, where they have been living since the start of the lockdown. To mark the occasion, the royal family's Instagram account released an exclusive and rare photograph of the royal couple which shows them standing on the quadrangle at Windsor Castle, reports BBC. The account also shared an album that included rare pictures of the couple, including from their wedding day, 73 years ago in 1947.

This is the first public photo of the British patriarch since leaving the hospital back in December. In the picture, Prince Philip can be seen donning his tie of the Household Division — the seven British army regiments that serve the Queen. According to PEOPLE, a royal insider said that the oldest living member of the royal family appears to be "in good form". Royal commentator Alastair Bruce further revealed that the prince's birthday attire had a special meaning and said: "The Duke of Edinburgh has frequently chosen to wear his Grenadier Guards boating jacket, which is the name given to a blazer in the Household Division. This one is special because it was left to Prince Philip by his long-time friend Lieutenant Colonel Sir Eric Penn."

Queen Elizabeth can be seen wearing a floral dress designed by Angela Kelly, along with the 18.8-carat Cullinan V diamond at the heart of the platinum necklace as an accessory. The jewel is said to be a favorite of the queen, which she was last seen wearing in February 2018 when she made a surprise visit to the London Fashion Week. With the senior royals confined to their castles, none of their children, grandchildren, or great-grandchildren were able to wish the birthday man personally. This meant they had to give their best wishes on a video call and through social media posts. Speaking to SkyNews last week, the couple's oldest son and heir to the throne, Prince Charles, admitted his disappointment at not being able to see him and said: "I haven't seen my father for a long time. He's going to be 99 next week. Facetime is all very well ... You really want to give people a hug."

Normally, the royals aren't very ostentatious with their birthday celebrations. This year, however, the celebration turned out to be even more of a low-key event for them all. According to Reuters, the Prince's birthday would traditionally be celebrated with gun salutes in London. However, with social gatherings still a long time away, the queen, who had her birthday in April,  felt it would be inappropriate for such royal ceremonies to go ahead and canceled such tributes for the first time in her 68-year rule.

Happy 99th Birthday to the #DukeofEdinburgh #PrincePhilip from the @RoyalMarines. In honour of the day, we wanted to share some images from the Duke of Edinburgh's time as the Captain General of the Royal Marines.

Prince Philip received birthday wishes from people all over the world including his fellow family members. The Duke and Duchess of Cambridge posted a picture on Instagram with the title: "Wishing a very happy 99th Birthday to The Duke of Edinburgh!"

Philip, who served as a naval officer and was known for having verbal gaffes on occasions, married then-Princess Elizabeth in 1947, five years before she became the queen. Due to old age, he stepped down from royal duties in August 2017 after completing more than 22,000 solo engagements over the course of 70 years. He had self-exiled from the press but made a brief return from retirement in April, when he issued a statement to thank frontline workers for working amidst the pandemic in the U.K. and across the world.