Prince Philip who was plagued by various ailments in recent years had retired from his public role in 2017. 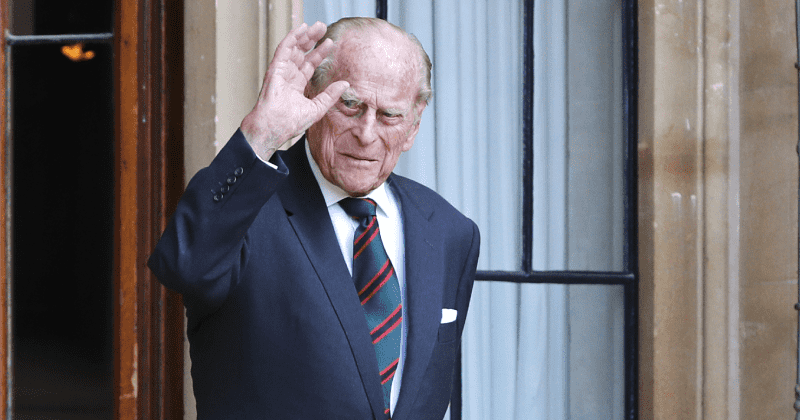 Prince Philip, husband of Queen Elizabeth II has died at the age of 99. His death was confirmed by the royal family. "It is with deep sorrow that Her Majesty The Queen announces the death of her beloved husband, His Royal Highness The Prince Philip, Duke of Edinburgh," read a statement on the family's website Friday morning. "His Royal Highness passed away peacefully this morning at Windsor Castle. Further announcements will be made in due course. The Royal Family join with people around the world in mourning his loss," continued the statement, reported NBC News.

Philip is the longest-serving consort of any British monarch, supporting the Queen for 65 years. He had retired from his public role in 2017. Apart from championing Britain, he was passionate about environmental causes, science, and technology. Prince Philip and Queen Elizabeth II had fallen in love when they were young. He had first met his cousin Elizabeth in 1934 at a family wedding. The two are both great-great-grandchildren of Queen Victoria. “We behave as though we had belonged to each other for years,” Elizabeth wrote in a letter to her parents shortly after the wedding. The Queen said she was forever indebted to him for his support and love. “I, and his whole family, and this and many other countries, owe him a debt greater than he would ever claim or we shall ever know,” she said during a speech on their 50th wedding anniversary in 1997.

Prince Philip was instrumental in modernizing the royal family's image, especially in regards to being more open towards the media, while remaining intensely private about his own life. He transitioned the royals from radio reports to television. He was the first member of the royal family to do a televised interview and is also believed to have played a key role in televising the queen’s coronation in 1953. This was followed by a groundbreaking 1969 television documentary on the royal family. “It wasn’t equipped to deal with a new media age, and Prince Philip played a huge role in moving it forward then,” said the Queen about him.

Philip had been hospitalized many times in recent years and was hospitalized in February earlier this year. He had received the first doses of the coronavirus vaccine along with the Queen in January. His death comes at a time the royal family is in turmoil in the wake of Oprah Winfrey’s explosive televised interview with Philip’s grandson Prince Harry and Meghan Markle. The couple had leveled accusations of racism against the royal family.