Meghan Markle was the photographer who captured the sweet moment. 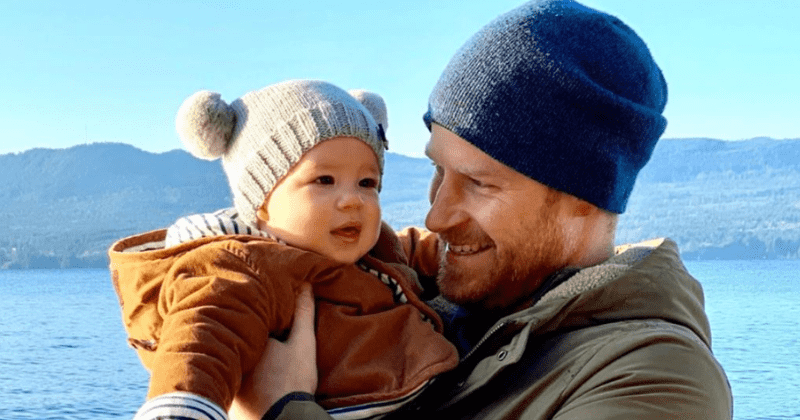 Prince Harry posed with his nearly 8-month-old son Archie in the cutest and cuddliest of photographs. The two were sporting cozy knit caps and the one on Archie has a sweet story behind it. His hat is from Make Give Live, an enterprise that helps bring people to knit together in New Zealand. For each item purchased, one is donated to a Kiwi in need, reports People. A hat from the foundation was given to Meghan Markle as a gift when the royal couple visited New Zealand in October 2018.

The Duchess was pregnant with Archie at the time, and when Archie outgrew his first hat, she ordered more in the next couple of sizes, so he never runs out! The official website of the enterprise reads: Being part of a Make Give Live group is like having a second family, we knit but we also nurture our own mental health and wellbeing. Looking after yourself is essential and it is a proven fact that knitting has a multitude of therapeutic benefits, including reducing stress, improving self-confidence and helping provide meaningful connections and purpose, especially when you are part of a community.

According to stuff.co.nz, Claire Conza, who co-founded Make Give Live three years ago, said the enterprise has been overwhelmed with orders ever since the photograph came out.  "The orders are just flying in like crazy," said Claire Conza she said alongside her business partner Becky Smith. "I'm getting multiple orders a second. We'd made thousands of dollars before 8 am this morning and we've sold out of all the stock that we had of that style (the Cocobear)." When the countless orders poured in Conza slipped into work ordering all the wool that her supplier had available, which was about 400 balls, or around 600 beanies' worth.

"We know from our makers how, in some cases, life-changing and life-saving it has been — something as simple as being in a group of people who care about each other and become like your family, and just enjoying the therapy of the knitting and crochet." Now that word has spread about Make Give Live, Conza is thinking perhaps it's time to take things internationally. "Isolation and mental illness are global problems, and social connection and knitting and crochet are a global solution," she said.

The royal couple has been spending time spreading the message of giving. Just recently,  Prince Harry was seen dressed as Santa Claus and recorded a special message for Scotty’s Little Soldiers, a charity dedicated to supporting bereaved British Forces children and youth. The video was played at a Christmas party for the charity’s members and included children between the ages of 4 and 18.