Prince Harry and Meghan Markle also revealed that they will be splitting their time between the United Kingdom and North America. 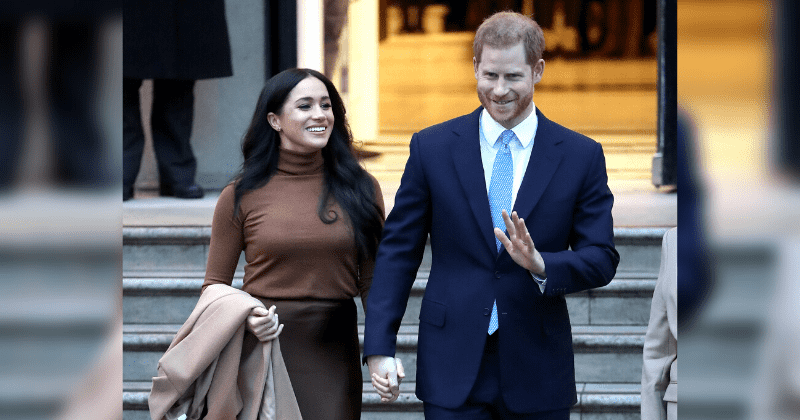 The Duke and Duchess of Sussex dropped a bombshell on Wednesday evening when they revealed their plans to step back as senior members of the British royal family. Meghan Markle and Prince Harry released a statement regarding their decision to become financially independent on the official Sussex Royal website yesterday, a move that reportedly left the Buckingham Palace "blindsided." While the couple maintained that they'll continue to fully support Queen Elizabeth II, the Royal Family is said to be "hurt" by the Sussexes effectively resigning from the family.

"After many months of reflection and internal discussions, we have chosen to make a transition this year in starting to carve out a progressive new role within this institution. We intend to step back as ‘senior’ members of the Royal Family and work to become financially independent while continuing to fully support Her Majesty The Queen. It is with your encouragement, particularly over the last few years, that we feel prepared to make this adjustment," reads the statement. Prince Harry and Meghan Markle further revealed that they will be splitting their time between the United Kingdom and North America while "continuing to honor our duty to The Queen, the Commonwealth, and our patronages."

"This geographic balance will enable us to raise our son with an appreciation for the royal tradition into which he was born, while also providing our family with the space to focus on the next chapter, including the launch of our new charitable entity," the couple explained. They also promised to share more details of "this exciting next step" when the time comes, once again affirming that they will "continue to collaborate with Her Majesty The Queen, The Prince of Wales, The Duke of Cambridge, and all relevant parties."

According to BBC, the statement was reportedly released without consulting any senior royal. Royal correspondent Jonny Dymond claimed the Buckingham Palace "blindsided" by the move as talks about the Duke and Duchess of Sussex's future had begun but were in very early stages. Meanwhile, the Palace stated that there are "complicated issues" to work through in light of recent events. As for Prince Harry and Meghan's plans of becoming financially independent, although theoretically it could potentially public interest and the media intrusion into their private lives, royal historian Professor Kate Williams states that the move could backfire on them.

"Harry and Meghan are global celebrities. Meghan was already famous [due to her former acting career]" as was Harry, who will become even "more significant" when his father - and later his brother - becomes King. He is always going to be very close to the royal fold. It is going to be difficult if Harry and Meghan are going to live in Canada for a certain period of time and try and get on with business and be normal, charitable CEOs. They will require security because I don't see the media interest in them waning, I see it as probably increasing because what they're doing is so unprecedented for royals," she said.

Royal commentator Penny Junor compared the couple's decision to step back as senior members of the Royal Family to what Harry's mother Princess Diana did years ago. "It has echoes of Diana when she suddenly announced after her separation [from Charles] that she was stepping back from 50 of her charities without consulting anybody. The problem is that they are not working for themselves, they are working for a family firm and to be making announcements of this sort without consulting is beyond bizarre," she said.