Prince Harry Dresses Up As Santa To Surprise Kids Of Fallen Soldiers, Brings A Smile On Their Faces

"Yes, losing a parent is incredibly hard, but I know that every single one of you, by helping each other out that you will have an amazing future ahead of you and you’re going to have an amazing Christmas as well," he said in the video message. 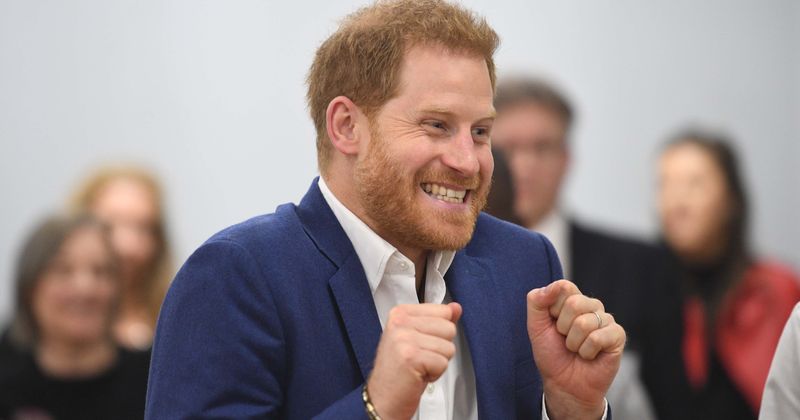 There's nothing quite as magical as a prince dressed up as Santa to spread some holiday cheer to the sweetest children. The Duke of Sussex a.k.a Prince Harry was seen dressed as Saint Nick from head to toe in a special video message. With a "Ho, ho, ho; hi, guys!" a white beard and a belly full of jelly, Prince Harry recorded a special message for Scotty’s Little Soldiers, a charity dedicated to supporting bereaved British Forces children and youth. According to FOX News, the video was played at a Christmas party for the charity’s members and included children between the ages of 4 and 18.

The charity was founded by Nikki Scott in honor of her husband Corporal Lee Scott, who was killed in Afghanistan in 2009, leaving behind two children. She said, "We’re so grateful to The Duke of Sussex for kindly recording a video message for the bereaved Forces children that attended the Scotty’s Little Soldiers Christmas party earlier this month. It can be a difficult time of year for these kids, so receiving a heartfelt message from Prince Harry really meant the world to them."

Prince Harry is taking a break from royal duties and has been spending time with wife Meghan Markle and 7-month-old son Archie but still managed to put aside some time to treat the kids at the charity. He got into character donning a beard, buckled belt, white gloves and all, and greets the kids, saying: "Ho ho ho. Hi guys, everyone at Scotty’s Little Soldiers! Hope you are having an amazing time. I hear there's 190 of you there this year so please cause as much chaos as humanly possible. I also want to encourage you guys to look around and realize you are part of a family, part of an amazing community and support is there for you every day should you need it. Having met some of you a few years ago, most of you, I know how incredibly strong you are."

In the video, Prince Harry went on to share how hard it is to lose a parent, something he also is unfortunately familiar with having lost his own mother, Princess Diana, who died in 1997. "Yes, losing a parent is incredibly hard, but I know that every single one of you, by helping each other out that you will have an amazing future ahead of you and you’re going to have an amazing Christmas as well," he continued.  The message was a surprise and it looked like the spirit of Christmas of spirit was not lost on the lovely kids at Scotty’s Little Soldiers.