Something happened during their divorce that was not reported at the time or so a new documentary by Channel 5 called The Royal Family at War claims. 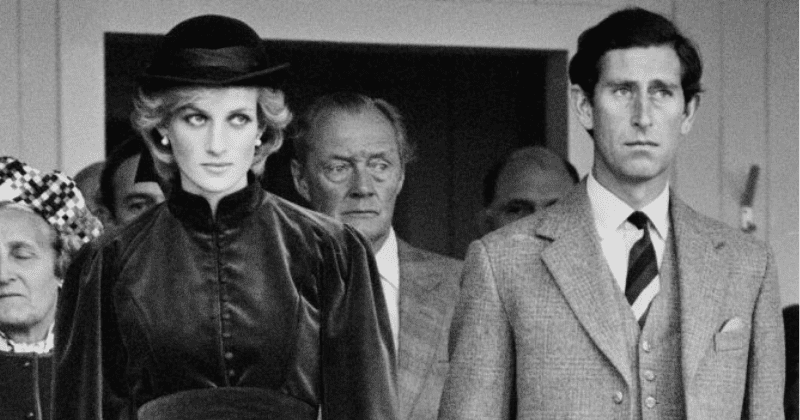 Princess Diana and Prince Charles' separation came as a shock to the British nation and understandably it became one of the biggest news, most shocking news in the media world. The fact that their relationship was so thoroughly documented from the start that it quickly became of the most popular divorces of the 20th century. Thus, one wouldn't think that there is any more to it than everything that was reported at the time. However, 23 years later, we continued to discover details that have been unheard of before.

When the engagement of the late Princess Diana and Prince of Wales was announced people everywhere were extremely excited. Even their marriage in 1981 was a big affair that was aired throughout the world. Soon they welcomed Prince Williama and Prince Harry into their family but things didn't seem to be going well between the two. In no time, the family was hit with the scandalous news of Charles' not-so-secret affair with Camilla Shand (presently the Duchess of Cornwall). On August 24, 1996, the Royal couple finally announced their divorce, and almost a year later, Diana died in a car crash in Paris leaving the world reeling in shock.

But something happened during their divorce that was not reported at the time or so a new documentary by Channel 5 called The Royal Family at War claims. Apparently, the late Princess Diana and Prince Charles sat and cried together on the day they finally signed their divorce papers, reports Daily Mail. The editor of Royalty Magazine, Ingrid Seward, revealed that the couple was much more amicable by the time their divorce was finalized. "Diana did tell me something quite interesting," shared Ingrid. "She said that on the day of the divorce, she and Charles sat down together on the sofa and they both cried."

"It was this crazy separation, but by the time the divorce was finalized, they were on much better terms," she explained. This points to the possibility that maybe things weren't as bad as they seemed to be especially after their quite public fallout. As for the documentary, it started with sharing the love story between the two that brought Diana and Charles together. It went on to claim that the Princess never wanted to divorce Prince Charles but rather adopt a temporary separation instead. It claimed how the late mother-of-two began feeling threatened by Camilla Parker Bowles.

"At the time of the marriage, Charles was not seeing Camilla, but Diana was convinced he was," explained Ingrid, according to Express.co.uk. She continued that Diana's fears weren't baseless as she had once intercepted a package that Charles had been sending to the Duchess of Cornwall at the time. Inside the package was a bracelet with had the letters F and G engraved on it. Now the letters were short for "Fred" and "Gladys," the nicknames that  Prince Charles and Camilla had for each other.

"Diana, of course, floods of tears, went to Charles and demanded to know what was going on. But Charles, so insensitive, he insisted on still giving it to Camilla," continued Ingrid. "Charles did not show huge emotional intelligence if I'm brutally honest," added royal biographer Penny Junor. Moreover, Camilla gifted him cufflinks interlinked with two Cs for his honeymoon with Diana. The documentary went on to reveal the confrontation between Princess Diana and Camilla in 1989. "Don't treat me like an idiot," Diana warned her. "You've got two beautiful children, Harry and William, what more would you want?" responded Camilla, to which Diana responded, "My husband." Unfortunately, she never got him back.