Prince Charles Under Financial Strain After Spending $3.2M On Each Son From His Savings, Says Source

Sources claim the 71-year-old king-in-waiting has at times had to dip into his own private reserves to finance Prince William, his wife Kate, Prince Harry, and his wife Meghan. 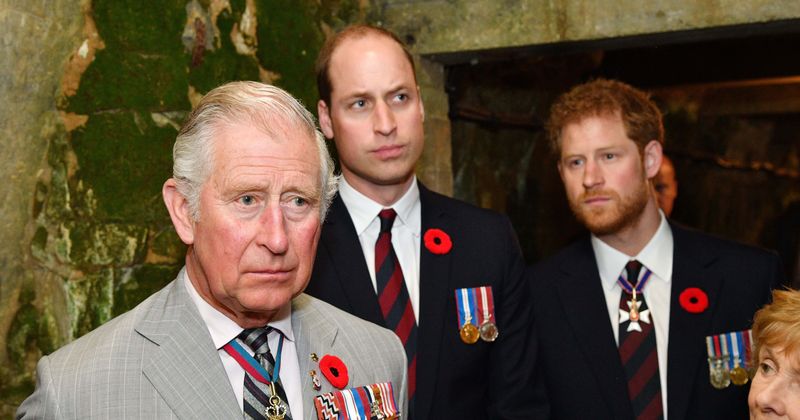 The Royal Family has been under more public scrutiny than usual over the past couple of weeks after the Duke and Duchess of Sussex announced their decision to step back as senior members of the family. Adding more weight to their reasons for doing so, since their bombshell announcement, British publications and tabloids have put out a stream of eyebrow-raising reports about the family, featuring controversial statements from sources close to the Buckingham Palace. The latest among these is a report from Daily Mail about the alleged financial strain Prince Charles is under from funding the expenses of his sons William and Harry and their respective households.

As per the report, the 71-year-old king-in-waiting has at times had to dip into his own private reserves to finance Prince William, his wife Kate, Prince Harry, and his wife Meghan. While most of their expenses are funded out of Charles' Duchy of Cornwall estate, the bills that have crossed the royal desk at Clarence House have allegedly been so high that they have been flagged up to the Prince of Wales by his accounting staff on more than one occasion.

"His attitude is always just pay what needs to be paid and move on. It’s usually the path of least resistance when it’s to do with the boys," a former aide told the publication. While Prince Charles reportedly refrains from reacting to their supposedly exorbitant spending—save for a frown at times—those familiar with the situation claim that that the money he spends for his sons and their households has been "draining him." One source said, "There's usually a raised eyebrow, but the Prince always just signs them off."

Insiders also claimed that Charles was paying the Sussexes more than the Cambridges at one point. However, this figure is now understood to be around the same with both Princes receiving approximately £2.5 million ($3.2 million) each. The financial strain he is said to be experiencing now may soon end as Prince Charles has allegedly let his sons know that his funds aren't inexhaustible; "no blank cheque," as one staffer put it.

Sources claim the Prince of Wales spent hundreds of thousands of pounds to furnish Frogmore Cottage, on the Windsor estate, for Harry and Meghan. This was in addition to the 2.4 million pounds (about $3 million) of British taxpayers' money used to convert the 19th-century property from five staff flats into a single home. In a statement issued over the weekend, the Buckingham Palace revealed that the couple will repay this amount. "The Duke and Duchess of Sussex have shared their wish to repay Sovereign Grant expenditure for the refurbishment of Frogmore Cottage, which will remain their UK family home," the Palace stated.