Pregnant Mom Who Disappeared On Thanksgiving Found Dead In A Park 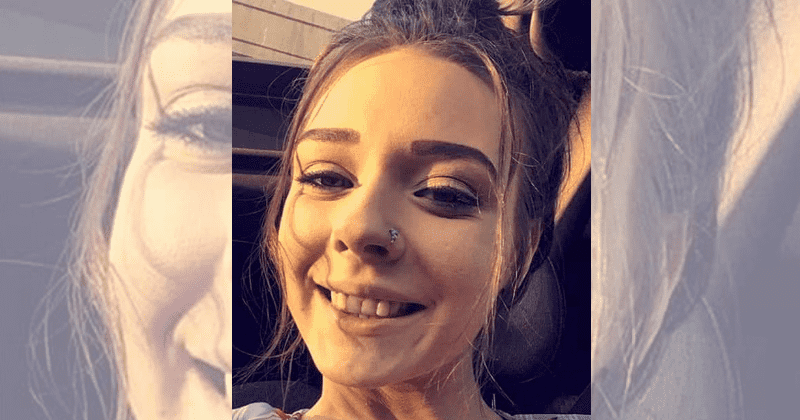 Trigger Warning: This story contains details of homicide some users may find disturbing.

A pregnant Missouri woman reported missing during Thanksgiving has been found dead on Friday. Police discovered the body of Amethyst J. Killian, 22, outside a residential block in her hometown hours after relatives reported her missing at 8 p.m. on the same night she failed to return home. Authorities arrived at the scene on North Church Street on Friday after several items belonging to the mom-of-two were found nearby, which subsequently led to her body, reports New York Post. Although investigators didn't reveal the exact cause of death, they pointed out that she was the victim of a homicide.

Speaking to KMOV after the incident, the woman's mother said she was walking to a gas station at around 1 a.m the previous night and failed to get back home. When relatives found several of her belongings in a nearby park they decided to call the cops. Susan Brown, a neighbor spoke to KSDK and said: "She seemed like a wonderful mother. They just seemed like such a close, wonderful family." Killian was said to be living with her mother, stepfather, two children, and her boyfriend. "She was a sweetheart and just a really nice person,” Brown added. "I just can’t believe what’s happened to her … I pray for the whole family. It’s horrible."

According to reports, Killian was five months pregnant with her third child and the family is devastated by the loss of not one but two lives. Her cousin has reportedly set up a fundraiser to help the family deal with the aftermath of the death. "Her mom can’t afford a funeral so any help is greatly appreciated,” the GoFundMe website reads. “Plus I would like to raise enough to help in supporting her kids. Marley age 6 is a smart, talented, amazing little girl who will now have to grow up without her mommy, and Hendrix age 11 months is a handsome, smart, loving little boy who will never get the chance to know his mommy. Ame was 5 months pregnant so not only do we have the loss of my cousin but also we lost a soon-to-be an addition to our family."

The St. Peters police are conducting an investigation into the disappearance and death of the 21-year-old who is being assisted by the Greater St. Louis Major Case Squad. They are urging anyone with information about the victim or her death to call Crime Stoppers at (866) 371-8477. At the time of writing this report, police had interviewed the victim's family and her boyfriend. In another incident, a pregnant woman was lured to a fake baby shower by a friend from school and was killed, reports Daily Mail. Flavia Godinho Mafra, 24, from Canelinha, Santa Catarina in southern Brazilian was 36 weeks pregnant. The friend had been pregnant but suffered a miscarriage. She told investigators she was obsessed with the idea of stealing the baby after losing her own. Once Mafra arrived, the partner used a brick to bludgeon and kill her and used a sharp blade to cut her open.

Missing Pregnant Mom Who Disappeared On Thanksgiving Is Found Dead In Woods Near Her Home https://t.co/BWg1MfpboE pic.twitter.com/gcdsGojcM7

Mafra's body was then dumped in another neighborhood called Galera. The body was found with injuries caused by the brick and cuts on the abdomen according to Paulo Alexandre Freyesleben Silva, the detective probing the murder. The dead woman's family became worried when she did return home. According to news.com.au, a local publication, NSC, reported that "Flávia disappeared on Thursday afternoon when she left for the supposed baby shower that would take place in São João Batista. Two other friends were aware of the event, but were told the day that the event had been canceled." Daily Mail reports that her body was found by Mafra's husband and mother on Friday at 9 a.m., a day after she went for the fake baby shower.

Pregnant woman is murdered and her unborn child cut out of her womb after being 'lured to a fake baby shower' https://t.co/32B2EgIrBy