Pregnant Mom Murdered Along With Her Two Kids And Their Friend

Following the heartbreaking deaths, hundreds of mourners marched towards Baker Park in the evening to host a vigil for the untimely deaths of the victims. 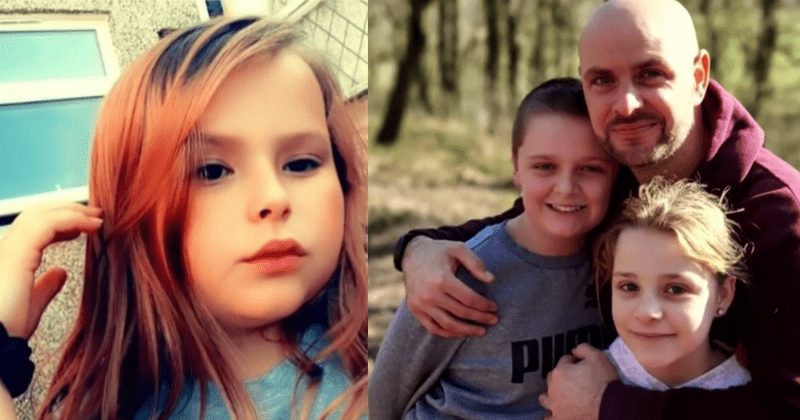 A mother, who had hosted a sleepover for her kids and one of their classmates, was found dead alongside the three children at their home in Chandos Crescent in Killamarsh, Derbyshire. The victims were identified as 35-year-old Terri Harris, who was believed to be pregnant, her children Lacey Bennett, 11, and John Paul Bennett, 13, and a friend Connie Gent, 11. The shocking discovery, which was made on Sunday morning, August 19, has left the family and community devastated. "I don't know how we will cope, but we are a loving family," expressed 63-year-old Diane Bennett, the paternal grandmother of the kids. "I can't come to terms with what happened. Three kids have been killed. No child should have to go through all of that. I heard she was pregnant, but I don't know."

The first pictures have emerged of 11-year-old Connie Gent and 35-year-old Terri Harris - the mother of John-Paul Bennett, 13, and Lacey Bennett, 11 - who were found dead in a house in Killamarshhttps://t.co/DA9xLZ6Fo1 pic.twitter.com/ij06SqfQXP

Authorities were called at the scene around 7:30 a.m. on Sunday amid concerns about a man named Damien Bendall. "I didn't hear anything when the attack happened, but on the night before there was an argument - they were shouting," recalled a neighbor according to Daily Mail. "It's so heartbreaking because the little kids have done nothing wrong. Terri told my mum she was pregnant but couldn't tell anyone yet as it was still early in the pregnancy. Mum said she wants to move out, she is not dealing with it well. As soon as we can find a way out, she said she is done with Killamarsh." When cops arrived at the scene, they discovered the four dead bodies. Police have since taken 31-year-old Bendall into custody in connection with the deaths. Bendall, who is believed to be Harris' boyfriend, was taken to a hospital with self-inflicted wounds that day. Investigators continue to probe the circumstances that led to the horrible crime.

This is Damien Bendall,31, arrested for the sleepover murders in Killamarsh, Derbys, of John Paul,13, Lacey,11, and friend Connie,11. He is the boyfriend of the other victim, Terri Harris, mother to Lacey and John Paul. Bendall was taken to hospital with self-inflicted wounds. pic.twitter.com/dAAM6DtPAa

Detective Chief Inspector Sally Blaiklock, who was appalled by the crime, urged people to come forward if they had any information regarding the murders. "Our thoughts remain with the families of Terri, John Paul, Lacey, and Connie - as well as the communities that have been affected by this most tragic of incidents. A large scene remains in place on Chandos Crescent and local residents will see an increased police presence in the area over the coming days, including patrols by officers in the local area. I would urge anyone who is concerned about the incident to speak to officers in the area or use the online reporting tool to pass information in confidence. Myself and the team of the detectives are particularly keen to hear from anyone who was in Chandos Crescent between 6 p.m. on Saturday 18 September and 7 a.m. on Sunday 19 September, as well as anyone who may have video footage of the street. That can include dashcam, mobile phone footage, CCTV or video doorbells," said Sally Blaiklock.

Following the heartbreaking deaths, hundreds of mourners marched towards Baker Park in the evening to host a vigil for the untimely deaths of the victims. The father of Lacey and John Paul also released video tributes for his beloved children. "My heart and soul of my life. You brought me laughter every day. A classic you this one. I wish I could have been there and saved you to stop all the pain suffered and told you everything will be ok. But now I've suffered the worst thing any parent could go through," he shared. Speaking to reporters near the scene, the distressed father said, "I can't believe I'll never see them again. I just want to hug them and kiss them. I'm heartbroken."

Around 300 people attended a vigil last night for a woman and 3 children found dead in Killamarsh.

A man's been arrested in connection with their deaths. pic.twitter.com/70nglJntTw

Meanwhile, Connie's father, Charlie Gent, paid a tribute to his daughter writing, "Parents, spend as much time with your kids as you possibly can. If you're a parent and arguing please don't stop that child from seeing the other parent. You never know what's around the corner. I've learned the hard way...My little girl has gone, I can't even put it into words or even how to feel or react right now. I shouldn't even be writing this, now I have to live with the fact I was helpless to protect her as I always promised and she's gone." Today, the Derbyshire Constabulary revealed that after countless hours of investigation, officers charged Damien Bendall with four counts of murder.

BBCBreakfast: Tributes have been paid to Terri Harris and her two children Lacey and John Paul plus a third child, Connie Gent, who were all found dead at a house in Derbyshire.

A 31-year-old man remains in custody after being arrested on suspicion of m… pic.twitter.com/35ItFxlG8p

Please click here if you wish to support the victim's family.