Pregnant Girl, 14, Says She's "Scared" Of Giving Birth To Baby Whose Father Is A 10-Year-Old Boy

The children were identified as Daria "Dasha" Sudnishnikova, a seventh-grader, and Ivan, who is still in the fourth grade. 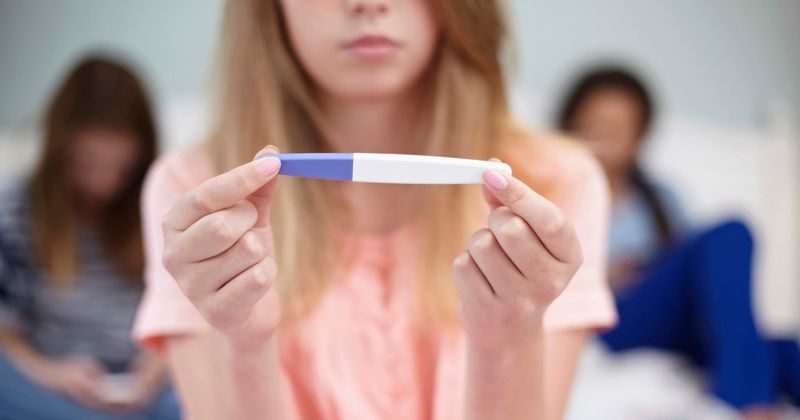 14-year-old pregnant Daria Sudnishnikova recently shared her thoughts on Instagram about pregnancy and how it had affected her. The young teen has now become popular on social media with more than 114,000 followers on Instagram where she regularly gives updates about her pregnancy. She has been posting pictures and videos with the hashtag "pregnant at 13" to a rapidly growing list of followers.  As we mentioned earlier, she also has accounts on other social media sites, such as TikTok, Snapchat, and Telegram. Despite all the negative comments she has received, she has decided to push herself as a brand and become an "influencer." According to the Mirror, Sudnishnikova was just 13 when she revealed that the father of her unborn child was 10-year-old Ivan on a primetime TV show in their native Russia. In a recent Q&A session with her followers, she admitted that the prospect of giving birth terrified her. "Yes, giving birth is scary," she said. "I am afraid of pain during natural birth, therefore I am more prone to cesarean."

The teen also shared other difficulties she has faced during her pregnancy including how she had been "very sick" during her first trimester and how it was uncomfortable to even sleep. But she's doing much better as the discomfort has subsided. Sudnishnikova also said that she has suffered during her pregnancy from a low hemoglobin count, heartburn, and constipation, which "are present in many pregnant women."  She confessed that one of her fears when it comes to childbirth had come true and that she never thought she would have stretch marks. "Stretch marks – I didn’t think that I would ever have them, but they appeared," she said. But labor seems to be the scariest thing for her right now. She said, "Honestly, I'm afraid to give birth. What pain there will be ... And painful contractions. It is uncomfortable to sleep." Psychologist Oksana Anishchenko said her social media fame was helping her overcome her trauma.

As we reported earlier, her situation has been the center of controversy. Many experts have been debating that the father of the unborn child is Ivan as a 10-year-old's ability to impregnate someone seems unlikely. The On Air Live show presenter, Andrey Malakhov, who had invited the kids on his show, repeated the opinion of Dr. Evgeny Grekov, a urology and andrology expert, who denied Ivan could be the father since he cannot have sperm cells yet since he is still a child. "There is even no testosterone. And just to add, he still has childish sex organs. Puberty has not started. So we have a lot of questions," the doctor said on the show. But the girl maintains that she has had no other sexual relations with anyone else.

The teen however did admit that she had been allegedly raped by a 15-year-old boy in her town of Zheleznogorsk, The Sun reports. However, the Russian Investigative Committee has not made any statement on the case, and no charges or a criminal investigation have been announced. According to the outlet, newspaper Komsomolskaya Pravda quoted a source close to the girl's family revealing that she had made the claim because she was trying to keep an alleged rape secret. The source reportedly told the police that she alleged that the boy, 15, wanted to have sex but she refused. On the Russian show, the ten-year-old seemed pretty certain that he was the father of the unborn baby.

Sudnishnikova's mother, Elena, reportedly has terminal cancer but wants to be there for her pregnant daughter no matter what. When Sudnishnikova was pregnant, the family thought she was just "sick." The Mirror quotes her as saying, "Initially, we thought she had food poisoning, but slowly we started to realize that whatever was happening had nothing to do with her belly. We then bought a pregnancy test and it showed up positive." Elena said that she never considered making her teen daughter have an abortion. "Now I have a reason to live," she said.