The sex cult from Italy is present in multiple locations including in Milan, Turin, and other provinces in the country. 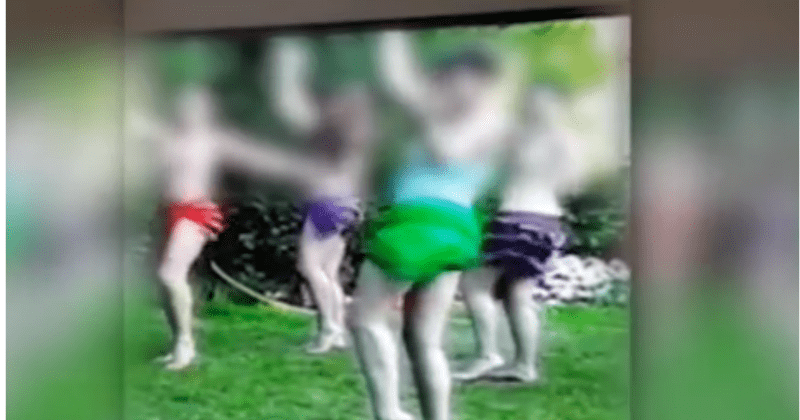 Trigger Warning: This story contains details of nudity and abuse that readers may find disturbing.

Police in Italy have uncovered an alleged sex cult where female followers were brainwashed by a 77-year-old man only known through his alias, The Doctor. The news came to light after the police force in Novara,  a town near Milan, carried out raids on Sunday with reports suggesting that the women were subjected to slavery and sexual abuse, including young girls, reports the DailyMail. Although police have kept the cult leader's name a secret, they revealed that he used a variety of business including herbalists, craft shops, dance schools, and a publishing house to coax wealthy and vulnerable women into the cult before indoctrinating them.

'Sex cult' led by a 77-year-old man known only as The Doctor uncovered in Italy https://t.co/fRz7llBhyl pic.twitter.com/ekGGVvo8K5

Police also said they would then be made victims of "unbearable violence and abuse of all kinds" as part of the indoctrination process. According to Il Messagero, the cult had a pyramid-like hierarchy with the most loyal followers remaining closest to The Doctor while those with doubts about his intention would be at the lower rung of the ladder. Women reportedly referred to each other as beasts and were supposedly restricted from ever mentioning their leader's name. Of the people closest to the leader, psychologists came the closest as they often helped spot other women to indoctrinate. After bringing them in, the outfit would them convince the women to cut ties with their family or even urge them to bring their relatives to join in.

And they continue to get rounded up all around the world #WWG1WGA #WWG1WGAWORLWIDE https://t.co/h8BDS8hGif

The Italian newspaper further reported that all women would be put to work based on The Doctor's assessment who decided which job they were best suited for. To make them completely reliant on the cult for survival, some of the women were even given houses, making it harder for them to get away even if they tried to. The Doctor would reportedly order them to behave how he wanted them to or he would threaten to throw them off if they refused. As per police reports, the belief system was based on Celtic-style mysticism that included "magical practices" and "fairy places".

Police say the organisation was founded 30 years ago and was still active when their raids were carried out.
Officers had been investigating for two years after being tipped off by a former member who told them how she had been kept as an effective slave.https://t.co/ugRwWPS028

As women got deeper into the cult, they would then be manipulated into submitting to sexual abuse and torture under the pretense that the act would "light their inner fire" and grant them access to this "magical, fantastic and secret world". A video released by the police from one such ritual in the dance schools shows a group of topless women in skirts dancing in the garden. Besides having to undergo severe tests of faith, women also had to pay an expensive membership fee to help the leader run the operations. According to the police, the organization was started 30 years ago and was active till the police conducted the raids.

Investigations on the cult began over two years ago after the police department and Turin Public Prosecutor's Office - District Anti-Mafia Directorate took place after a former member tipped them off and told the police that she was kept as an effective slave. After gathering all the evidence, police simultaneously raided properties in Pavia and Milan. So far no details of any arrests have been made public or about the number of people involved in the organization. Authorities are still investigating the group's finances but haven't revealed how they have been run. This is one of the many sex rings that have been exposed over the last few years after the high profile case of Jeffrey Epstein, who was convicted last year before he died by suicide. The case continues as Epstein's accomplice and confidante Ghislaine Maxwell has now been jailed with no hopes of a bail.