The 29-year-old officer was shot on June 1 at the anti-racism protest that took place on the Las Vegas strip. 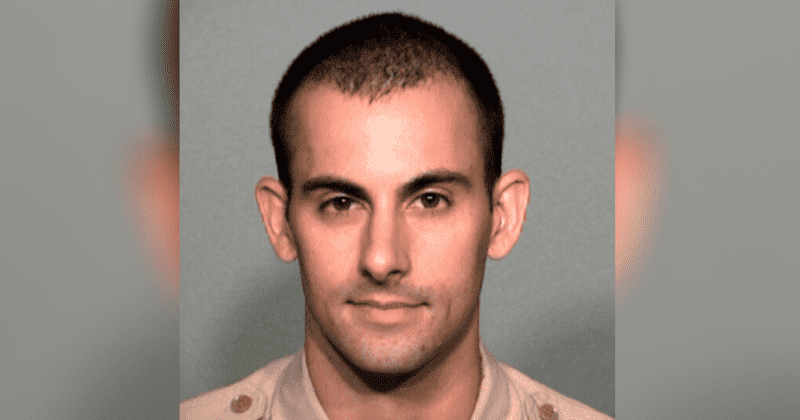 During a protest held for George Floyd's death on the Las Vegas strip, Shay Mikalonis, a police officer was allegedly shot in the head amidst the chaos. It was later revealed by Mikalonis' family that he might have to spend the rest of his life on a ventilator. The 29-year-old officer was shot on June 1 at the demonstrations that took place on the Las Vegas strip. According to reports, the authorities at the time had been trying to arrest some of the demonstrators. That was when Mikalonis was allegedly shot, according to the police.

We believe in the power of prayer & continue to ask that you lift up Shay in your prayers. Shay is a fighter & we have faith his situation will continue to improve. Thank you for all your support for Shay & his family!#BAC #BACFAM #LVMPD #Pray4Shay #PrayForShay #LasVegas #Vegas pic.twitter.com/KiwZ5fLrVW

Following the incident, police authorities took to Twitter to share a public message from Mikalonis' family. It read:  "Shay is on a ventilator and will be for the foreseeable future or perhaps the rest of his life. He is still very critical and therefore still at UMC Trauma. He had a setback today but the outstanding staff at UMC is working hard to get his vitals back under control. We just want everyone to know that Shay is a fighter but he has a long hard fight ahead of him!"

Say a prayer for Officer Shay Mikalonis. He was shot in the head by Edgar Samaniego at a BLM protest in Las Vegas. https://t.co/omJJgGnr9j

The LVMPD’s Bolden Area Command added that the entire regiment has been very supportive of Shay. "From the officers that are watching over him at the hospital all the way up to Sheriff Lombardo. We also appreciate our Las Vegas community that sends their love and support for Shay." The statement further read, "Our concern is for Shay and only Shay. We hope and pray that one day he will leave UMC Trauma and go to a rehabilitation facility [where] they can work on Shay’s quality of life, whatever that may be."

Update on Las Vegas Metro Police Officer: Shay Mikalonis is out of surgery. Removed most of the bullet from his brain and MRI shows no brain damage. Staying on ventilator for now. Drugs are beginning to decrease. He's fighting for his life. Please pray for this young man. 🙏🙏 pic.twitter.com/lLvD3vc8v1

Steve Grammas, the President of the Las Vegas Police Protective Association extended his heartfelt gratitude to the cops and supporters for the vigils they have held at the hospital. He also praised all those who had dropped off food, NY Post reports. Grammas said, "From the moment Shay got shot, the community has continued to support him and our officers. We are thankful for it." 20-year-old Edgar Samaniego is believed to have shot Mikalonis.

A GoFundMe has been started for Las Vegas Police Officer Shay Mikalonis who was shot in the head on while breaking up rioters.

This will help Shay & his family with medical bills & any other expenses that they may need while Shay fights for his life. https://t.co/e0jVUGa1IW

The suspect is facing counts of attempted murder, battery, and gun charges. According to a prosecutor in the case, the police video shows "visual evidence of the actual act" of Mikalonis being shot.  Mikalonis on Tuesday had surgery to repair his shattered jaw, and was awake and able to recognize his relatives, they said. Daily Mail reported that on Thursday, a fundraiser for Mikalonis and his family was planned and has been nicknamed 'Shay Day'.

Meanwhile, back on social media, several users sent their prayers and good wishes to Mikalonis on the comment section of the LVMPD post.  One user wrote, "I pray for a miracle for Shay. No one deserves what this young man had happened to him. I also pray for grace for the family to endure what they will have to endure to get through this." A second shared, "This is so awful! I hope you have found the scumbag that did this. If not, anyone you can recognize that was there should be held accountable. It’s called being responsible for actions...even in a crowd."

Thank you to everyone who attended 'Shay Day' in support of Shay & his family. Bolden is proud to have been able to participate. We won't stop believing in Shay's recuperation and praying for him and his family. Together we are #VegasStrong!#BAC #LVMPD #Pray4Shay #PrayForShay pic.twitter.com/F2F4UEzfty

"Our prayers and sympathy go out to his family as well as his Brothers in Blue. Our hope is he will return to a quality of life that he may return home to his family. God Bless and protect you all," wrote another. A fourth chimed in, "God bless Shay and his family. Give them all strength to fight and peace as he recuperates. God grant them the wisdom to make decisions and protect his future. Amen."