Gina M. Sambrano, Aurora's mother, has routinely been posting on Facebook with pleas to help find her daughter. 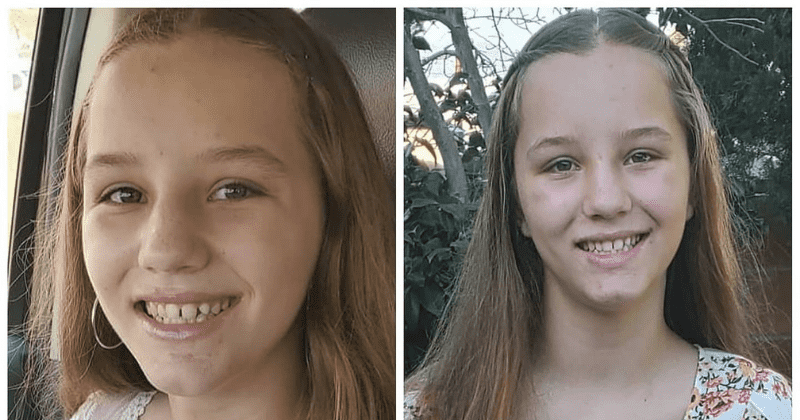 The police in La Habra, California is looking for a 14-year-old girl named Aurora Rodriguez-Sambrano who went missing from her home on Monday night, reports NBC Los Angeles. The girl's mother said she had was in her bed on the night she disappeared. The police were called the same evening.

Aurora is 5'2" tall, with greenish-brown eyes, and brown hair with blonde streaks. She is also believed to be carrying a mustard-colored backpack and a small gray duffel bag. People have been asked to report to the La Habra police immediately if they have any information about the missing girl or have spotted her anywhere. Aurora's mother said she has put up flyers with the aim to find her daughter. She also said a command post has been set up at American Legion Post 354, 8071 Whitaker St, Buena Park, CA 90621.

She said further her daughter has behavior and emotional issues. In a Facebook post, Aurora's mother Gina M. Sambrano wrote her daughter had run away from her home between 11 p.m. on Monday night to 6.30 a.m. the next morning. She added: She is NOT into drugs or alcohol, she doesn't have very many friends, so this is making it more difficult. She doesn't have her phone with her. She has behavior issues, she's defiant, and lies alot, so PLEASE keep an eye out for her!! She has also asked people with information to call her at 714 615 1169. Sambrano has been desperately putting out similar messages on Facebook since the day Aurora went missing. In another post on Wednesday, she wrote about needing volunteers to put up fliers. A few people responded to her request in the comments.

She wrote: We will have flyers and a map of the city of La Habra (Where she is missing from)! We need volunteers to look for her and post flyers! Describing her daughter lovingly in the post, Gina stated: She is a sweet girl, but suffers from a lot of behavior and emotional issues. We just want her home where we can continue trying to get her the help she needs! THANK YOU ALL!!! Sambrano highlighted in another post on Wednesday that while they had received a few tips and are concentrating on specific areas they have not been able to find her yet. She added that thanks to people's efforts, news of Aurora is now national headlines as a result of which the La Habra Police had received "400 possible leads." Apparently, a number of people from various nearby counties came to pick up flyers to spread the word around. Sambrano thanked all of them.

The Arizona State Troopers were also notified of the missing girl and as well as all "States leading in the direction of Oklahoma." In one of her latest posts, Sambrano said she and the search party had been to "Santa Monica on a lead and also Palm Springs" but they had not found her. They had also searched in the Los Angeles area in another update. Volunteers to help in the search are also welcome and have been asked to contact Second Vice Commander Jose at (714-833-1729). In another post, Gina appealed to her daughter to come home and wrote: AURORA...We LOVE YOU, we need you home, we are NOT mad at you, we just NEED to know you are safe. WHEREVER you are, we will come to get you...PLEASE come home Aurora, we love you so much! @aurora_rodsam.