Please Don't Smoke Near Someone's Kids, It's Not Good For Them

It’s your right to smoke but do be mindful where you do it. 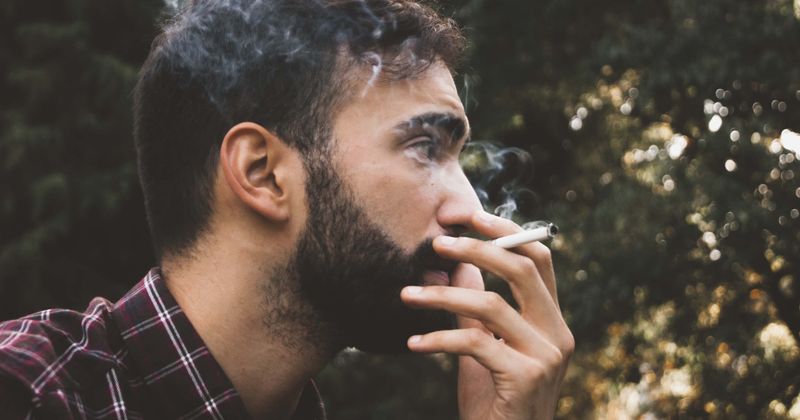 We all know that smoking is bad for health. But yet there are many who do it, and that is their choice. However, smoking when children are around should not be encouraged given when they are in close proximity. When you smoke in a space where kids are around, it is not fair that they breathe in second-hand smoke. We're not condemning smokers here but thoughtfulness on their part can go a long way.

We know that second-hand smoke cause health problems for both children and adults, but did you know that children are at risk for third-hand smoke, too? That's where the residual nicotine and other chemicals stay on clothing and other surfaces after someone smokes. According to the Cleveland Clinic, children who frequently touch objects and then put their hands in their mouths are at risk. "I think children are the most vulnerable to thirdhand smoke because of exposure to surfaces like the floor and on their clothes and other objects in the house,” says pulmonologist Humberto Choi, MD. One of the biggest problems with third-hand smoke residue is that it builds up over time on most surfaces it touches. It can remain for weeks, months. or even years. It resists normal cleaning methods and you can’t air it out of rooms or cars with fans or vacuums, Dr. Choi says. So you can just imagine how bad secondhand smoke will be.

Smokers may defend their habit saying things like "But I only smoke outside,"  or "I only smoke in designated areas where smoking is allowed when I’m in public."  But this doesn't always seem to be the case. Sometimes you can often find smokers in front of a grocery store, hospital, or any other public place. Sometimes parents themselves can be culprits as they hang around in the playground or drop their kids off at school. Children and adult passengers are at risk from second-hand smoke in the car. According to no-smoke.org, "When someone smokes in the small enclosed space of a car or other vehicle, people breathe toxic air at levels many times higher than what the EPA considers hazardous, even when a window is down. Additionally, the gases and particulates of tobacco smoke absorb into the upholstery and other surfaces inside a car—which is called thirdhand smoke—and it then re-emits back into the air over time, which exposes passengers to toxins long after anyone actually smoked in the car. As awareness increases that there is no safe level of exposure to secondhand smoke and that people are regularly exposed in vehicles, some policymakers have decided to take action to reduce exposure in cars with children and in work vehicles."

Of course, no one really likes being told what to do. But think about it. Even if you want to smoke, that's up to you. Just don’t make other people (especially young kids) suffer the consequences of your bad habits. We're all trying to raise kids to be aware of the consequences of smoking. How will they listen when they see so many adults around them doing the same things? According to the CDC, "Smoking causes cancer, heart disease, stroke, lung diseases, diabetes, and chronic obstructive pulmonary disease (COPD), which includes emphysema and chronic bronchitis. Smoking also increases risk for tuberculosis, certain eye diseases, and problems of the immune system, including rheumatoid arthritis."