The trailblazing journalist who helped shape NPR passed away from complications related to breast cancer. 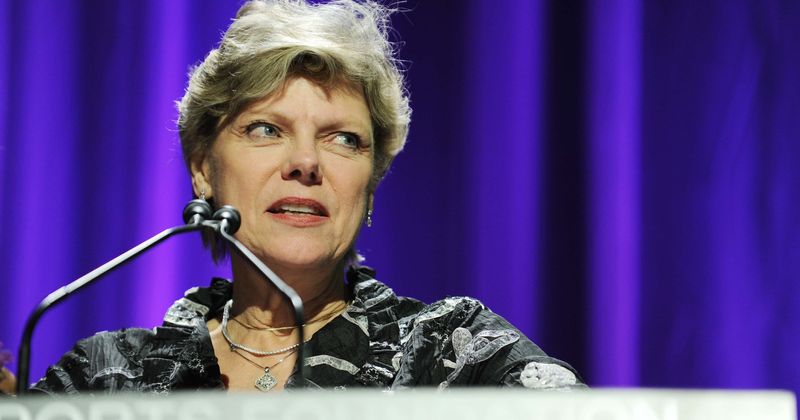 Veteran journalist Cokie Roberts has passed away at age 75 from complications related to breast cancer. Roberts joined NPR in 1978 and was instrumental in shaping the organization before moving to ABC News. "A bestselling author and Emmy Award winner, Roberts was one of NPR's most recognizable voices and is considered one of a handful of pioneering female journalists — along with Nina Totenberg, Linda Wertheimer and Susan Stamberg — who helped shape the public broadcaster's sound and culture at a time when few women held prominent roles in journalism," her obituary on the publication says. Roberts joined ABC News in 1988 and retained a part-time role as a political commentator at NPR right up until her death.

"To know Cokie was to see the personification of human decency," writes Nina Totenberg.

Roberts's unique position as the daughter of former U.S. representatives made her uniquely placed to have a front-row seat to the machinations of Washington politics, and she developed a seasoned and expert voice as a political reporter and commentator. "It is such a privilege — you have a front seat to history," she said in a 2017 interview with Kentucky Educational Television. "You do get used to it, and you shouldn't because it is a very special thing to be able to be in the room ... when all kinds of special things are happening." Roberts saw her role as a journalist and political analyst as a way of giving back, since she was the only member of her immediate family not to run for Congress. "I do feel strongly that informing the voters about what's going on, trying to explain it in ways that people can understand, and putting the issues out there is a form of participation," Roberts told KET.

Opinion: For Cokie Roberts, politics was more than the family business. It was a community enterprise. https://t.co/mYM6TjhwcZ

During her long and storied career in journalism, Roberts won numerous awards including three Emmys and the Edward R. Murrow award. She was inducted into the Broadcasting and Cable Hall of Fame. She was recognized by the American Women in Radio and Television as one of the 50 greatest women in the history of broadcasting. Remembering her legacy and the way she viewed her work, political journalist George Will, who worked with her on ABC's This Week, told NPR, "She liked people on both sides of the aisle and had friends on both sides of the aisle. If you don't like the game of politics, I don't see how you write about it well." He added, "She liked the game of politics and she understood that it was a game."

"Duck and file," was Roberts's go-to advice for young women working as political journalists in Washington. In an interview with Television Academy Foundation, she elaborated, "Don't get all involved in the politics of your institution, or competition in your institution. Just do your work and get it on the air, and then people will see if you're good." House Speaker Nancy Pelosi said Roberts' death was "a great official loss for our nation and a deep personal loss for all who were blessed to call Cokie a friend." In a statement, Pelosi said, "Cokie Roberts was a trailblazer who forever transformed the role of women in the newsroom and in our history books."

Former President Barack Obama and former first lady Michelle Obama called Roberts "a constant over forty years of a shifting media landscape and changing world, informing voters about the issues of our time and mentoring young journalists every step of the way." Roberts's was also an open critic of the Republican party's decision to nominate Donald Trump for president, calling on the party in a 2016 op-ed to reverse the deed. "Trump is one of the least qualified candidates ever to make a serious run for the presidency," Roberts wrote in the piece alongside her journalist husband. "If he is nominated by a major party — let alone elected — the reputation of the United States would suffer a devastating blow around the world." For his part, the President took a very characteristic Trump-ian approach to publicly recognizing the trailblazing journalist's death, saying, “I never met her. She never treated me nicely. But I would like to wish her family well. She was a professional and I respect professionals. I respect you guys a lot, you people a lot. She was a real professional."

POTUS on the death of Cokie Roberts, via pool: “I never met her. She never treated me nicely. But I would like to wish her family well. She was a professional and I respect professionals. I respect you guys a lot, you people a lot. She was a real professional."

Roberts is survived by Steven V. Roberts, her husband of 53 years, as well as her two children, Lee Roberts, and Rebecca Roberts, and six grandchildren.