'Jeopardy!' Petition Calls For LeVar Burton To Be The Next Host After Alex Trebek's Passing

LeVar Burton has even responded to the petition. 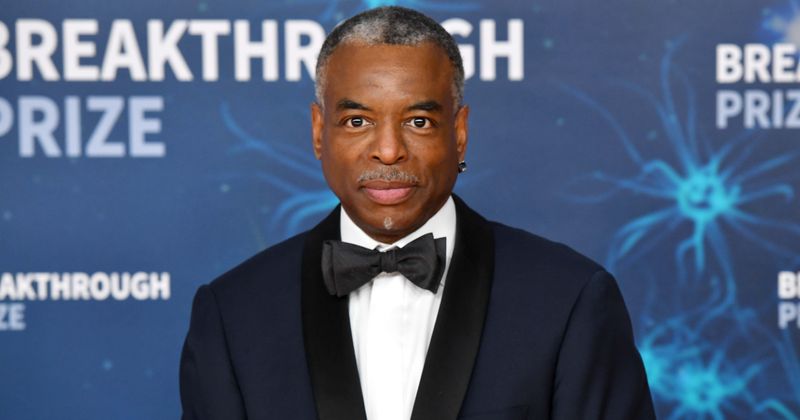 Fans of the popular TV quiz show Jeopardy! have been grieving the loss of charming host Alex Trebek who recently passed away at the age of 80. Trebek, who hosted the game show for 35 years, had announced he was diagnosed with stage four pancreatic cancer in March 2019. While Alex Trebek has become synonymous with the classic game show over the years, fans want actor LeVar Burton to step into the role of the show's host. According to FOX 8, Burton hosted the long-running PBS children’s series Reading Rainbow.  On screen he is best known for playing Lt. Commander Geordi La Forge in Star Trek: The Next Generation and a young Kunta Kinte in the 1977 television miniseries Roots.

Will of the people!

The petition created by Joshua Sanders reads: Between hosting 21 seasons of the educational Reading Rainbow, playing the brainiac engineer Geordi La Forge on Star Trek: the Next Generation, and filling the roll of Kunta Kinte in the ever-important mini-series Roots, LeVar Burton has inspired and shaped the minds of several generations of trivia-loving nerds. This petition is to show Sony Pictures Entertainment Inc. and producers Mike Richards and Harry Friedman just how much love the public has for Burton, and how much we'd all love to see him as the next host of Jeopardy! Burton humbly responded to the petition on Twitter on Thursday, thanking those who signed it. He wrote: Of course while I’m very flattered by the petition, my thoughts are definitely with Alex Trebeck’s family and his millions of fans and the devastating loss of this irreplaceable legend. #LongLiveAlex. Many fans online responded to the petition, equally in favor of LeVar Burton stepping in. giamberardino tweeted:I hadn't even considered it until I saw this tweet, but I love it! You taught me to love books, trivia sounds a natural fit. titostiles added: No better man to replace him than you. I think it would be a testament to his legacy to bring on someone such as yourself.

Gracious as always, but we need you to get ready for your new job, sir!

He can never be replaced. But, you would be someone who would be a worthy successor in his eyes.

You definitely have the right demeanor! I hadn't heard of the petition but what a great fit!

As of now, it's unclear when the iconic show plans to announce a new host or resume filming. The game show tweeted their condolences to Trebek's family after learning of the news, writing: Jeopardy is saddened to share that Alex Trebek passed away peacefully at home early this morning, surrounded by family and friends. Thank you, Alex. The game show host did not only win over people's hearts, but he also proved to be incredibly talented, bagging Daytime Emmy nominations for Outstanding Game Show Host 7 times. He was also awarded the Daytime Emmys’ Lifetime Achievement Award in 2011. In an interview with Good Morning America, Trebek shared how grateful he was for the love not just from friends and family, but also fans during his difficult days "They are the most important elements in my life outside of my family and friends," he said. "Because they have expressed their feelings about me in so many positive ways that I can't help but be touched by what they have to say and by what I mean to them. It's humbling," he added. "It's nice to be humbled."  He also jokingly mentioned that he wanted America's sweetheart Betty White to be his successo. He said, "I joke with the audience all the time and I say, 'Betty White,' because they want somebody younger, somebody funnier."

The Canadian icon's hometown is planning to honor the late host in a big way. As we reported, the city where he was born and raised, Greater Sudbury in Canada, is paying tribute to the TV icon by flying flags outside its City Hall at half-staff. A virtual condolences book is also being created where residents can leave notes for the Trebek family. Brian Bigger, Mayor of Greater Sudbury, told TMZ that he will be bringing more ideas to the next city council meeting. There are proposals on social media that include some type of public work of art (perhaps a statue or mural) or maybe linking Trebek to Sudbury's public library, set to be built over the next few years. The late game-show host is a national treasure, having been honored with a key to the city of Ottawa in 2016. The late host also received the Order of Canada, the country's highest civilian honor, in 2017. It's no surprise people want to pay their respects in the best way to honor his legacy. What an icon! He will surely be missed.

Sudbury lowers flags at City Hall to half-mast as the city pays tribute to #AlexTrebek https://t.co/GaxDH2Oalc