'Peter Pan', 'Dumbo' Removed From Disney Plus Kids' Profiles Because They're Racist

The streamer will also display a warning alerting viewers of 'negative depictions and/or mistreatment of people or cultures.' 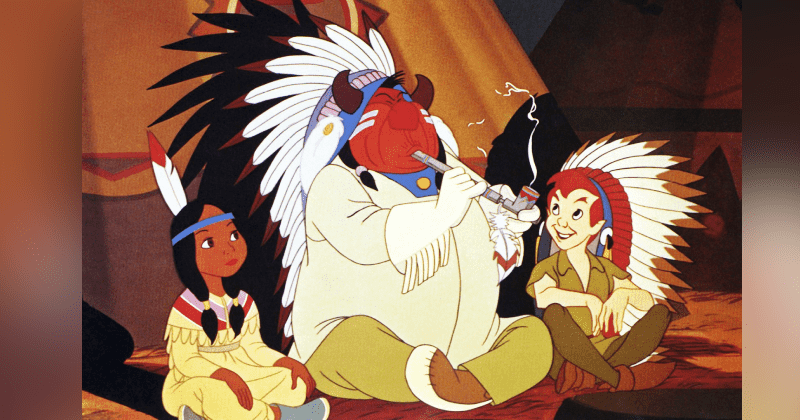 Walt Disney has removed many of its iconic movies from its streaming service's children's profile citing "negative depictions and/or mistreatment of people or cultures." Disney acknowledged some of its older content was problematic and/or racist and thus is being made available only to Adult Disney Plus profiles with a content warning. Some of the films removed from children's profiles include Peter Pan, Swiss Family Robinson, and Dumbo. Last October, the entertainment company announced it was including a content warning to some of the movies but now, it has confirmed that they will not be available on children's profiles on the streamer.

The content warning on these movies on adult profiles will read, "This program includes negative depictions and/or mistreatment of people or cultures. These stereotypes were wrong then and are wrong now. Rather than remove this content, we want to acknowledge its harmful impact, learn from it, and spark conversation to create a more inclusive future together. Disney is committed to creating stories with inspirational and aspirational themes that reflect the rich diversity of the human experience around the globe."

The warning also directs viewers to the Stories Matter portion of the Disney website where it elaborates on the problematic scenes or depictions in the film. Here are a few of them. Dumbo (1941): "The crows and musical number pay homage to racist minstrel shows, where white performers with blackened faces and tattered clothing imitated and ridiculed enslaved Africans on Southern plantations. The leader of the group in Dumbo is Jim Crow, which shares the name of laws that enforced racial segregation in the Southern United States." Peter Pan (1953): "The film portrays Native people in a stereotypical manner that reflects neither the diversity of Native peoples nor their authentic cultural traditions. It shows them speaking in an unintelligible language and repeatedly refers to them as ‘redskins,’ an offensive term. Peter and the Lost Boys engage in dancing, wearing headdresses and other exaggerated tropes." The Aristocats (1970): "The (Siamese) cat (Shun Gon) is depicted as a racist caricature of East Asian peoples with exaggerated stereotypical traits such as slanted eyes and buck teeth. He sings in poorly accented English voiced by a white actor and plays the piano with chopsticks."

However, the 1946 movie Song of the South has been removed from the platform over its racist depictions. It was also one of the themes of the Splash Mountain rides at Walt Disney World and Disneyland. They are now being redesigned to The Princess and the Frog theme. The Song of the South has been questioned over the years for its portrayal of the post-Civil War South and has been slammed for perpetuating racist stereotypes. A change petition had also been started to push for the makeover. "Disney parks should be a home for all to enjoy regardless of race, age, whatever your background maybe . . . While the ride is considered a beloved classic, its history and storyline are steeped in extremely problematic and stereotypical racist tropes from the 1946 film Song of the South. There is a huge need for diversity in the parks and this could help fill that need," read the petition.  “The retheming of Splash Mountain is of particular importance today," said Walt Disney in a press release last year. "The new concept is inclusive – one that all of our guests can connect with and be inspired by, and it speaks to the diversity of the millions of people who visit our parks each year."

The company has vowed to be more inclusive in its future projects. "Stories shape how we see ourselves and everyone around us. So as storytellers, we have the power and responsibility to not only uplift and inspire, but also consciously, purposefully and relentlessly champion the spectrum of voices and perspectives in our world," read the Disney website.