trending celebrity people lifestyle news animals
Driver Ties Pet Dog To Vehicle, Brutally Drags It Down The Road Because 'There Was No Space Inside'

Driver Ties Pet Dog To Vehicle, Brutally Drags It Down The Road Because 'There Was No Space Inside'

A dog was dragged along on a busy road in a small car for 20 minutes because there was no space inside the car according to the driver. 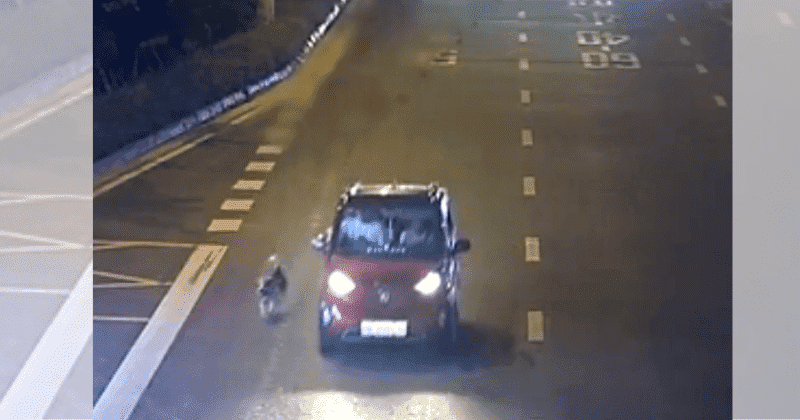 A poor pet dog was dragged on a leash by people driving a tiny electric red car on the busy streets of Liuzhou, Guangxi Zhuang Autonomous Region last Wednesday, according to a report in the Daily Mail. With the help of civilian and CCTV footage, it was found that a male passenger was holding the tired animal along a leash while it tried to keep up with the car that was traveling about 5 miles an hour.

Pet dog is dragged alongside a car by the neck because 'there was no space for it on the vehicle' https://t.co/T9ts82ylFH

The dog was seen on a busy road around 7.50 pm near the Guangxi University of Science and Technology. The distressed animal tripped while making its way across the intersection causing the 2.5-meter long car to stop in the midst of oncoming traffic. The car had to wait several minutes while travelers had to go around the car down the busy road.

Police say that the dog was dragged along for at least 20 minutes before it was taken back home. According to a statement released by Liuzhou Traffic Police last Friday, the driver said that there was no space in her Baojun E100 which is why the two of them decided to "walk" the dog back home in this manner, which many people found to be a form of animal abuse. Many even believed this was a dangerous road hazard for other commuters.

In fact, many Chinese animal lovers took to the Chinese microblogging site Weibo to express their outrage.  Some of the comments were: These people are terrifying. They totally did not care for the dog's safety! and What is their problem? This man doesn't deserve to be a pet owner flooded the site. The driver surnamed Li told the police that the animal belonged to her friend when she was summoned to the police station on Friday. Despite it being believed that the dog was unhurt,  she was given two demerit points for the incident and fined 100 yuan which is nearly 15$.

China isn’t necessarily famous for its animal rights initiatives — the Yulin Dog Meat festival is a rather infamous festival involving the torture and killing of dogs. The Daily Mail reports that there was a draft law being passed around in 2009 on the Protection of Animals, and in 2010 a draft law on the Prevention of Cruelty to animals was sent for the State Council’s consideration.

This proposed a fine of 6,000 yuan and two weeks of detention for perpetrators of animal abuse. But till today, there hasn’t been any update on the same.