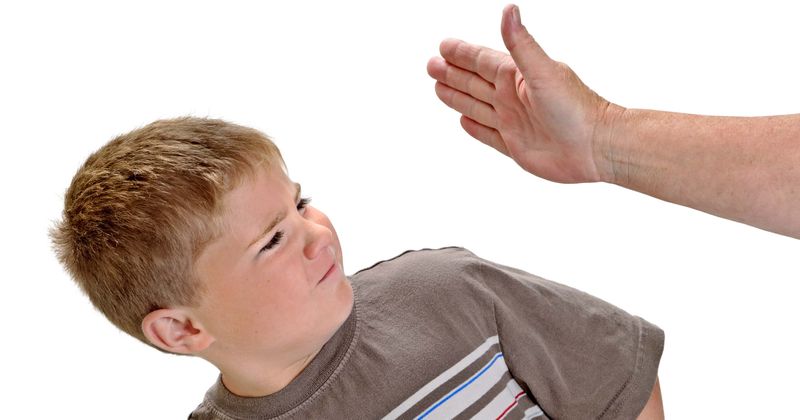 Most parents view spanking as a way to discipline their children without giving a second thought to the child's mental and physical well-being. But researchers suggest that spanking could very well have some long-term effects. One such effect is being involved in intimate partner violence in adulthood. A study involving data from 32 countries showed a clear connection. The study was set to find the use of spanking in different cultures and the subsequent effects on children. "Evidence that shows the relationship between spanking and the subsequent slowing of cognitive development and increases in antisocial and criminal behavior is shown...is a risk factor for aggressive behavior and other social and psychological problems," it stated.

There is now a strong body of evidence showing a link between corporal punishment as a child and later involvement in family violence, either as a victim or perpetrator, writes @QUT's Angelika Poulsen:https://t.co/QDqTPTkJQi

A study published in BMC Public Health set out to show the relationship between harsh physical punishment and child maltreatment in childhood and intimate partner violence (IPV) in adulthood. It concluded: "Harsh physical punishment was associated with increased odds of childhood maltreatment, including emotional abuse, sexual abuse, physical abuse, physical neglect, emotional neglect, and exposure to IPV...Harsh physical punishment was also related to increased odds of experiencing IPV in adulthood." For the longest time, most measures to prevent violence in a relationship were educational in nature that stressed on healthy relationships, the study added. Looking at the issue from the perspective of harsh punishments in childhood could help us understand the problem better. This aspect has so far received "insufficient attention."

Spanking may lead to violence against a future partner, @CNN reports from study. @BobSegeMD offers alternatives. "Corporal punishment confuses the boundaries between love and violence for children while they are learning how to treat others."https://t.co/LAi4yj1Zgp

For some, exposure to such punishment at a young age "may set the stage for acceptance regarding the use of physical force in relationships." It could also lead to the "tolerance of violence perpetration or victimization in an intimate relationship." It added that "positive parenting approaches that do not include physical discipline are important for reducing the likelihood that a child will experience physical punishment, child maltreatment, and IPV in adult intimate relationships." When a child is subjected to corporal punishment, its effect is the same as that of severe abuse and violence another study has shown. For their research, a Harvard team studied a group of children who were spanked as a method of disciplining them. These kids were then asked to undergo an MRI scan of their brains while watching images of actors making “fearful” and “neutral” faces.

Are all boys hit by one gender?

The scanner captured the children's brain activity when they saw the images. These pictures were then analyzed to determine whether the faces sparked different patterns of brain activity in children who were spanked as compared to those who were not. One of the study authors said, "There were no regions of the brain where activation to fearful relative to neutral faces differed between children who were abused and children who were spanked. These findings aligned with the predictions from other perspectives on the potential consequences of corporal punishment." Another study author said further, “While we might not conceptualize corporal punishment to be a form of violence, in terms of how a child’s brain responds, it’s not all that different than abuse"