"Trans-ability" is the desire or the need for a person identified as able-bodied by other people to transform his or her body to obtain a physical impairment. 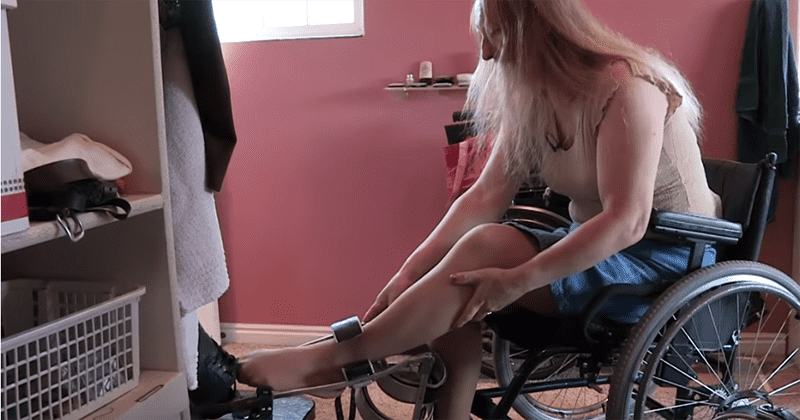 There's been an uptick in the past few years of people identifying as "trans-abled". If you're not quite sure what that means, here's a definition. Trans-abled refers to people who choose to be disabled - and often perform illegal surgeries and medical procedures to find happiness. The trans-abled liken their identity to that of transgender people and feel one or more limbs or functions of one's body do not belong to one's self. According to Professor Alexandre Baril - a feminist, gender, and sexuality studies professor and fellow - transability is "the desire or the need for a person identified as able-bodied by other people to transform his or her body to obtain a physical impairment". One such person is North Carolina resident Jewel Shuping, who convinced a sympathetic psychologist to pour drain cleaner into her eyes so that she could live as a blind person. "My mother would find me walking in the halls at night, when I was three or four years old," she said, speaking to The Daily Mail about her fascination with blindness. "By the time I was six I remember that thinking about being blind made me feel comfortable." She began to wear thick black sunglasses and got her first cane at the age of 18. By age 20, she was fully fluent in Braille.

In 2006, Shuping found a psychologist who agreed to help her with the process of becoming blind and then went through an "extremely painful" process that first involved administering numbing eyedrops before then putting a couple of drops of drain cleaner into each of Shuping's eyes. "I really feel this is the way I was supposed to be born, that I should have been blind from birth," she said. "When there's nobody around you who feels the same way, you start to think that you're crazy. But I don't think I'm crazy, I just have a disorder." Shuping, along with several other people around the world, lives with Body Integrity Identity Disorder (BIID), a condition in which abled people believe they are meant to be disabled. According to the New Zealand Herald, science is somewhat divided on the source of the issue. Some experts argue that this is a neurological issue, while others identify it as more of a mental disorder. 37 transabled people were interviewed by Professor Clive Baldwin as part of a study at St. Thomas University in Fredericton. According to the interviews, the subjects had such a great desire for a disability that they tried to create accidents to make it a reality.

Research scientist Chloe Jennings-White also made the news a few years ago for wanting to be permanently paralyzed. Jennings-White also lives with BIID and tried to paralyze herself at the age of 9 by riding her bike off a stage, but just ended up with scrapes and bruises. "Doing any activity that brings a chance of me becoming paraplegic gives me a sense of relief from the anxiety caused by the BIID," she told HuffPost UK. The Cambridge graduate hopes to get surgery to permanently lose her legs - the cost of which is estimated to be $25,000. "Something in my brain tells me my legs are not supposed to work," she told The Daily Mail. "Having any sensation in them just feels wrong." She took part in a BIID research study with psychiatrist Michael First, who diagnosed her in 2008 and recommended that she use a wheelchair. She now spends most of her time in the wheelchair unless she has to get out for certain household tasks or to get to her car. She admits that her fantasy is to be involved in a devastating car crash where nobody else is harmed, but both her legs are hurt beyond repair.

Psychiatrist Dr. Mark Malan, who treats Jennings-White, told The Daily Mail, "The question I often ask is, is it better to have somebody pretending to use a wheelchair, or to commit suicide?" He added that in the future, people with BIID might be able to selectively remove the use of their limbs for short periods of time using a nerve blocking agent. This would give BIID sufferers a chance to test the reality of being physically disabled on a temporary basis, and also the option to change their minds if they wanted to. Shuping also advised people not to go blind the way she did, acknowledging her disorder. She said, "I know there is a need but perhaps someday there will be treatment for it. People with BIID get trains to run over their legs, freeze dry their legs, or fall off cliffs to try to paralyze themselves. It's very very dangerous. And they need professional help." Unsurprisingly, many people are unable to wrap their heads around transableism as a concept, saying that it diverts attention from people who are involuntarily disabled.

Transabled WTF!!! Ridiculous and a slap in the face of people who really have disabilities.

She needs a doctor of the psychiatric sort, not a surgeon

As a person who is actually disabled physically I’m annoyed by this. I already have to put non handicapped people using handicapped parking spots

I think this is completely sick because people who have disabilities from minor to major would give anything to live a normal life and do everyday normal activities , tasks and genuine things that people like this clearly take for granted , this is to far 🤬🤬🤬🤬🤬🤬🤬

She's making a mockery of trans people and those who are physically disabled.