Women Are 'Cleansing' Their Vaginas With Cucumbers, Doctor Issues Warning 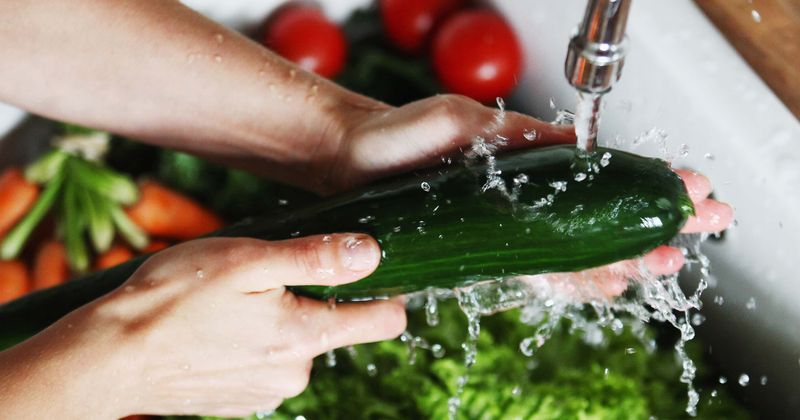 Nothing like a good old cucumber in your... vagina? Sure we've seen the versatile vegetable in our salads but vaginas? Apparently people on social media are spreading the message of how cucumbers are able to cleanse your lady parts. We've heard of people putting all kinds of things in their vaginas in the name of bizarre trends: toothpaste, garlic and even wasp nests! And now, it seems like cucumbers have made it to the list.

One "expert" Gigi Dowell shared her recipe (for disaster) on Facebook. The "cucumber cleanse" advises that you peel a cucumber and "insert it into the vagina and twist around, in and out movements to cleanse the yoni". They suggest it "resets your pH balance" and leaves you smelling fresh. "The same can be done with cleansing the throat & the mouth." Dear lord, we hope it's not with the same cucumber.

nsfw??// saw smth about how some people think you should stick a cucumber up your vagina to cleanse it? its time to sleep my dudes

What's disturbing is that people have done this before, and there were others who wanted to give it a try. Anew Kimbrough claimed her vagina felt nice and refreshed! Eboni Holmes wrote: Yassssss!!!! I have never inserted anything, but a real penis, into my yoni, so I am very interested in trying those, because it's therapeutic and not artificial. 2017 I am fucking winning and staying natural!!!! #ILoveGiGi. Another user, Lakesha Crawford, simply stated that: This is dope.  Yvette Johnson proudly noted that she had, slept with mine inside of me,smelled like a day spa when I woke up,teeheee..all plush and ish up in there.

Thankfully we can hear from an actual expert from the medical field.  Dr. Jen Gunter, warns that not only is it bad for your salads. It's bad for your health too. In her blog post titled Don't cleanse your vagina with a cucumber. Please. Dr. Gunter explains "cleaning" the vagina actually has the opposite effect. She said, "By damaging lactobacilli and the mucosa attempts at vaginal cleaning increase a woman’s risk of contracting HIV or gonorrhea if she is exposed. Paradoxically it will also cause odor." She explains most of the points in capital letters because she "is yelling". She can't believe women are spending 20 minutes cleaning their hoo-has. She continued,  "I mean 20 minutes of cucumber twisting? (As a side note, I don’t spend 20 minutes cleaning anything. Ever. Even a surgical scrub only takes 5 minutes!)"