Pennsylvania And Minnesota Finally Ban Child Marriage With No Exceptions

Currently, the only other US states with an outright ban on child marriage are Delaware and New Jersey. 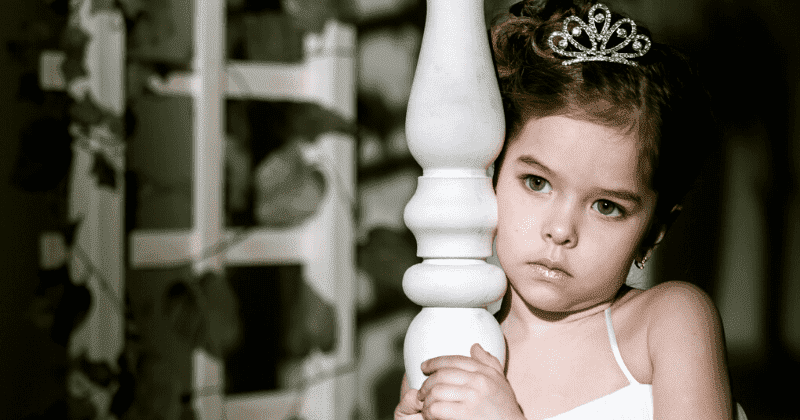 Children should be allowed to be... children! Child marriages don't just take place in other countries based on cultural traditions, they happen right here in the United States. UNICEF USA reported that "worldwide, 650 million women and girls alive today were married before their 18th birthday. Some are right here in the United States, where approximately 248,000 children as young as 12 were married between 2000 and 2010, most of them girls wed to adult men. Yet before last week, only two U.S. states — Delaware and New Jersey — had successfully passed laws to prohibit child marriage with zero exceptions."

Now, Pennsylvania became the third state in the U.S. to ban child marriage. According to Newsweek, Governor Tom Wolf signed a bill on Friday which banned the issuing of a marriage license to any individual under the age of 18. "Setting the minimum age to obtain a marriage license will help prevent child exploitation," Governor Wolf said in a Friday press release. "Marriage is a sacred and serious commitment that should be undertaken with love by two adults, not by children being exploited by unscrupulous adults."

Terrific and much-needed good news: Pennsylvania is now the third U.S. state to ban all #childmarriage. Only forty-seven more states to go. Thank you @UnchainedAtLast for your tireless efforts to #endchildmarriage everywhere. https://t.co/o9bZZSnP00

Minnesota soon followed suit.  Young people who are 16 and 17 years old can get married with parental consent with just the signature of a judge, according to the law. Fortunately, the Minnesota Senate unanimously passed a bill outlawing child marriages and Governor Tim Walz is expected to sign the bill into law in August. "In reality, a married child cannot get a divorce, cannot rent an apartment, cannot buy or rent a car, cannot get health care or check into a hospital, cannot open a bank account, does not have access to an inheritance, cannot get a credit card, cannot even stay at a battered women's shelter," said bill author Senator Sandra Pappas in a floor speech on Wednesday. "A married child cannot help herself or her children." There is no federal law regarding child marriage, as all legislation involved with the issue is regulated by individual states.

God bless you Genievieve and all young girls who are not protected by their mothers. Truly HEARTBREAKING AND CRIMINAL!

Child marriage is a harmful practice and a violation of child rights. UNICEF USA lists the following ill-effects of the tradition: It leads to separation from family and friends, lack of freedom to interact with peers and participate in community activities, and decreased  opportunities for education and economic participation. Because child marriage often results in child pregnancy, girls married at a young age face serious health risks. Teenage girls are much more likely to die in pregnancy and childbirth than women in their twenties. In addition, childhood pregnancy increases risks of nutritional deficiencies for both mother and baby, with permanent consequences.

Those who carry out #forcedmarriage #childmarriage disempower girls and women, so they put barriers in place to continue them and deny victims from knowing about their rights and for them to believe these violations are normalised. Speaking out is crucial.

An advocacy group called Unchained said that 248,000 children as young as 12 years old were married in the U.S. between the years of 2000-2010. The group also stated that 77 percent of minor girls who got married in the U.S. during that time were married to adult men. While many believe that religion plays a role in perpetuating child marriage Unchained at Last Executive Director Fraidy Reiss said in 2018 that data in that regard was insufficient. "The data we retrieved from across the U.S. did not include identifying information about the children who were married, for the most part," Reiss said. "So we don't know from the data why they were married or whether they were from specific religions. We know from the women and girls who reach out to us that this is happening in every major religion, in minor religions and in secular backgrounds."

Even during #COVID19, it's important to take a step back and celebrate our wins. Learn how you can help end this practice in your state: https://t.co/gsz4zy6daT

For any of you who may know children being forced into marriage, you can still reach out to the group despite the pandemic. According to their website, it states: We feel just as scared and confused as you do while coronavirus rages around the world, but we remain dedicated to ending forced and child marriage in the United States through direct services and advocacy. We are still here, but we are working remotely. You can still reach us to get help if you or someone you know is escaping a forced marriage. You can still contact any member of our team, preferably via email. Email us here for general inquiries. You can still support us. We need your generosity now more than ever.