Glenn Christie, 54 was incarcerated at the Massachusetts Treatment Center that has seen over 20 people infected with the virus. He was earlier convicted of raping a 12-year-old boy and was in prison for charges of child rape. 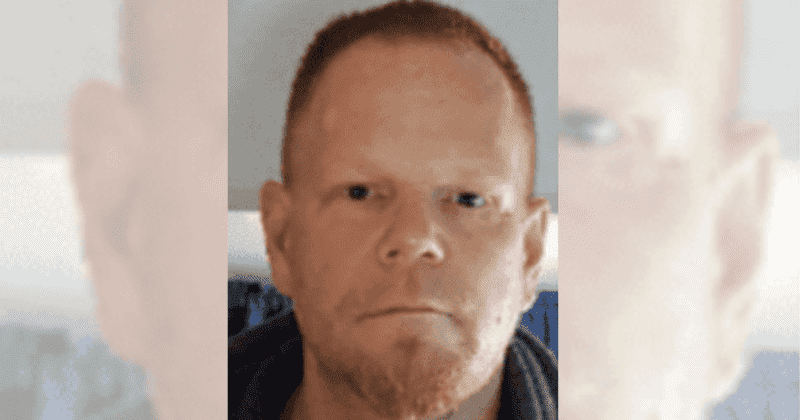 A pedophile in Massachusetts who was convicted for repeatedly raping a minor boy is getting out of jail because of fears that the coronavirus pandemic would infect him and other prisoners. Around the country, many prisons have already released some inmates due to the scare of infection. The man, 54-year-old Glenn Christie raped a 12-year-old boy in the city of Lynn and was in prison for charges of child rape and indecent assault on a child under 14 years of age. While Christie's lawyers had already been filing appeals for his release following the breakout of the virus, the courts agreed to his release after two inmates at the Massachusetts Treatment Center, one of whom was Christie's former roommate, caught the infection and died from it. Christie who is wheelchair-bound was ordered to be released on Friday by Superior Court Judge Heidi Brieger reports New York Post.

Paedophile who raped boy, 12, is freed early after cellmate dies of coronavirus

Glenn Christie, 54, has been freed from the Massachusetts Treatment Centre in Bridgewater, US

The court ruled that he suffered from health conditions that can make him vulnerable to coronavirus. One of the conditions of his release was that Christie tests negative for the virus. David Rangaviz, the pedophile's lawyer said,  “I wish I wasn’t right. This was a foreseeable disaster if anyone cared enough to start acting quickly.” According to The Salem News, following the completion of his prison term, Christie was on a 10-year period of probation. He was however found to have violated probation terms and was sentenced to return to state prison for one to two years. Rangaviz challenged the sentencing. A Supreme Judicial Court also asked the judge who sentenced Christie to revisit the judgment on Wednesday due to the pandemic.

A Massachusetts man (Glenn Christie, 54) convicted of repeatedly raping a 12-year-old boy was ordered released from jail Friday — because he suffers from health conditions that can make him vulnerable to #coronavirus, according to new reports.https://t.co/mOvm7BNwP7

Chief Justice Ralph Gants wrote, “The health risks to a person in custody caused by the pandemic constitute changed circumstances. We also conclude that, in conducting that (new) review, a judge must give careful consideration not only to the risks posed by releasing the defendant –- flight, danger to others or to the community, and likelihood of further criminal acts — but also, during this pandemic, to the risk that the defendant might die or become seriously ill if kept in custody.” Gants added, "Incarcerated individuals often bunk in the same cell or unit and cannot realistically maintain adequate social distancing." According to Rangaviz, Christie suffers from hypothyroidism, kidney disease, spinal stenosis, and possible thyroid cancer.

Releasing a hardened criminal back into the public to protect him from Coronavirus is failing to protect those he will come in contact with is asinine. Do they get even ankle bracelets? Releasing the convicts may come with a heavy price to those responsible.

According to a tweet by Rangaviz, Christie wrote about the order to release him, "There are so many move lives to save, but it is an unbelievable relief to get him released while it appears he may have dodged this ongoing outbreak in his facility.” According to The Boston Globe, as many as 23 inmates and seven staff from the prison have tested positive for the virus. On Thursday, the Department of Correction revealed that a 50-year-old inmate believed to have been Christie's roommate and with prior health conditions had died while being hospitalized with the coronavirus. On Friday, another inmate from the prison who had tested positive for the virus also died. This person was in his 70s and also had underlying health conditions before he caught the virus and suffered a stroke.

Good. So hopefully the non violent offenders in jail for probation violations get released too.

He had been at the Massachusetts Treatment Center since 2016. According to a WBUR report,  the Massachusetts Supreme Judicial Court had issued a 45-page ruling which highlighted that pre-trial detainees are not charged with certain violent offenses, those with parole violations and those held on technical probation be eligible for hearings to determine whether or not they could be released. "We agree that the situation is urgent and unprecedented and that a reduction in the number of people held in custody is necessary. We also agree with the Attorney General and the district attorneys that the process of reduction requires individualized determinations, on an expedited basis, and in order to achieve the fastest possible reduction, should focus first on those who are detained pretrial who have not been charged with committing violent crimes," the ruling read.

Disclaimer: Information about COVID-19 is swiftly changing, and Shared is committed to providing the most recent and verified updates in our articles and reportage. However, considering the frequency in developments, some of the information/data in this article may have changed since the time of publication. Therefore, we encourage you to also regularly check online resources from local public health departments, the Centers for Disease Control, and the World Health Organization.