The miraculously immortal Clueless star's got it all: good looks, great acting skills, genuine nice-guy-ness, dependability, and of course humility. If this isn't the recipe that makes a man sexy then we don't know what is. 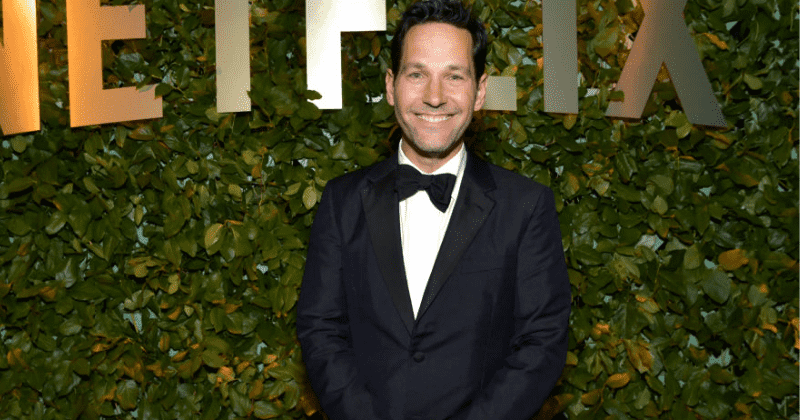 Everyone's #CrushForLife Paul Rudd has finally been named Sexiest Man Alive and we cannot keep calm! His boyish grin and flawless skin make him absolutely cute, but he becomes beloved with his affable nature and powerhouse of talent. The miraculously immortal Clueless star's got it all: good looks, great acting skills, genuine nice-guy-ness, dependability, and of course humility. If this isn't the recipe that makes a man sexy then we don't know what is.

Speaking of humility, Rudd is apparently having a hard time accepting his new title. "I do have an awareness, enough to know that when people hear that I'd be picked for this, they would say, 'What?'" the 52-year-old actor told PEOPLE magazine. "This is not false humility. There are so many people that should get this before me." This humble deflection (coupled with his dreamy green eyes) is arguably the reason why so many have fallen head over heels for the actor over the years.

What makes Rudd more swoony is the fact that he is a family man. Despite his rise to prominence, the actor insists that he is most happy when he is at home with his wife of 18 years, Julie, and their children Jack, 17, and Darby, 12. "When I think about myself, I think of myself as a husband and a father, like I'm that," he shared. "I just hang out with my family when I'm not working. That's what I kind of like the most." When Rudd learned about the new title, he only told his wife about it ahead of time.

"She was stupefied," recalled the Ant-Man actor. "But you know she was very sweet about it. After some giggling and shock, she said 'Oh, they got it right.' And that was very sweet. She was probably not telling the truth, but what's she going to say?" The actor is very down to earth when it comes to his friends as he is expecting them to give him "so much grief" after hearing about the title. "As they should. I would," he said approvingly.

"I mean I'm going to lean into it hard. I'm going to own this. I'm not going to try to be like 'Oh, I'm so modest.' I'm getting business cards made. But all of my friends will destroy me and I expect them to. And that's why they're my friends," he noted. Now that Rudd is officially sexy, he is anticipating many changes in his life. "I'm hoping now that I'll finally be invited to some of those sexy dinners with Clooney and Pitt and B Jordan (who held the title last year)," he joked. "And I figure I'll be on a lot more yachts. I'm excited to expand my yachting life. And I'll probably try to get better at brooding in really soft light. I like to ponder. I think this is going to help me become more inward and mysterious. And I'm looking forward to that."

To add more fun to the whole process, he even participated in a series of "sexiness tests" on Stephen Colbert's late-night show that aired on Tuesday, according to The Washington Post. The sketch, which involved a rigorous audition process was not only hilarious but also went on to prove why Rudd is worthy of being named the Sexiest Man Alive. But the greatest test of them all was when the star graciously accepted that he may not be the sexiest man alive after all. "Don’t you see, Paul? There’s nothing sexier than humility," explained Colbert in the sketch. "That was the last test — and you passed, Paul — you passed. You’re sexy! Paul, you’re the Sexiest Man Alive."