The wide receiver has been accused in a civil lawsuit of sexually assaulting his former trainer on three occasions. 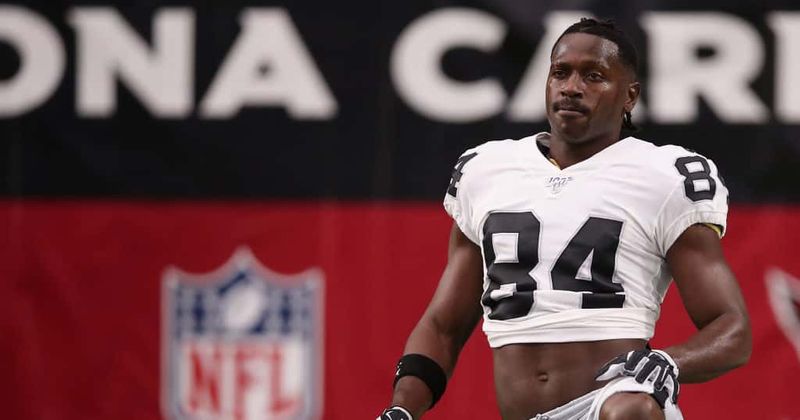 New England Patriots wide receiver Antonio Brown has been accused of raping his former trainer, according to a civil lawsuit filed on Tuesday in Florida. ESPN reports that Brown's former trainer, Britney Taylor, accuses the newly signed receiver of sexually assaulting her on three separate occasions in 2017 and 2018. According to the lawsuit, the first incident occurred in 2017. Taylor says that Brown exposed himself and kissed her without consent at one of his Pittsburgh homes. The second occurred a month later, at Brown's Miami home, where Taylor alleges that Brown masturbated near her without her knowledge and ejaculated on her back, then later bragged about it in a series of text messages. The third incident detailed in the lawsuit was in May 2018. Taylor says she went back to Brown's home in Miami after a night out to use the bathroom and grab some food, and that the receiver "forced her down onto a bed, pushed her face into the mattress, and forcibly raped her." A statement released by the receiver's attorney, Darren Heitner, says that Brown and Taylor were involved in a "consensual personal relationship."

“Mr. Brown denies each and every allegation in the lawsuit,” the statement said. “He will pursue all legal remedies to not only clear his name but to also protect other professional athletes against false accusations.” The New England Patriots have released their own statement regarding the matter, saying that the matter will be investigated by the NFL. "We take these allegations very seriously. Under no circumstances does this organization condone sexual violence or assault," the statement says, as reported by ESPN. "The league has informed us that they will be investigating. We will have no further comment while that investigation takes place." Taylor and Brown met at Central Michigan, where Brown attended college. They reconnected in 2017 when Brown hired her to assist with physical training. Taylor's lawsuit seeks over $75,000 from the accused, and states that she believed their relationship was of a "brother-sister" type and acted accordingly. She says that the incidents have left her with near-daily panic attacks and suicidal ideation.

Antonio Brown’s accuser not only fearlessly went public w/ her name but says she will cooperate w/ NFL in a potential investigation should it pursue one. If it does, NFL would hold its own criminal court & decide if he’s a rapist absent criminal charges or conviction.

“As a rape victim of Antonio Brown, deciding to speak out has been an incredibly difficult decision,” said Taylor, in a statement released by her lawyer. “I have found strength in my faith, my family, and from the accounts of other survivors of sexual assault.” She also states that she will cooperate with the NFL in an investigation. According to The New York Times, NFL commissioner Roger Goodell has the authority to discipline players under a personal conduct policy that does not depend on the outcome of legal proceedings. The league set a precedent in 2014 by hiring specialists in domestic violence cases to conduct an investigation into such allegations. Per the Times, an NFL spokesperson has declined to comment on the matter.

The lawsuit against Antonio Brown says the alleged victim took a polygraph test that confirmed her accounts of Brown's sexual assault and rape. pic.twitter.com/b6uGysDO71