trending celebrity people lifestyle news animals
Pastor Raped His 14-Yr-Old Daughter For 2 Years, Gets Shorter Jail Time For Being "A Man Of God"

Pastor Raped His 14-Yr-Old Daughter For 2 Years, Gets Shorter Jail Time For Being "A Man Of God"

The sentence for a crime of this nature is generally 72 years, but this 'soft' sentence was because he was a 'man of god.' 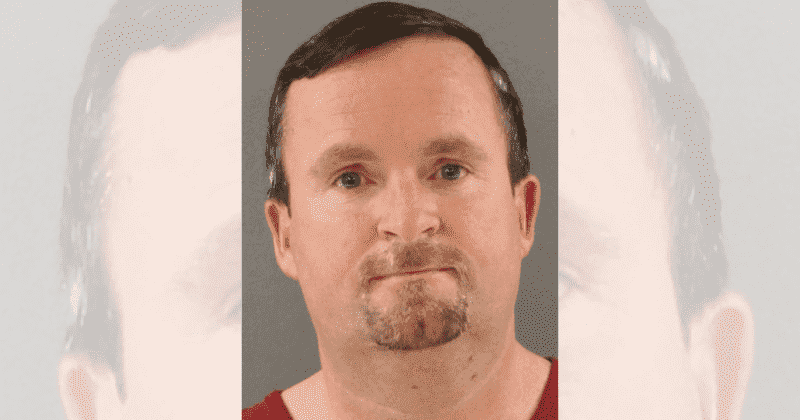 A former pastor from Tennessee was convicted of raping his adopted teenage daughter. The usual sentence for a crime like this is a minimum of 72 years. But 41-year-old David Richards was given only 12 years of prison time by a Knox County judge. Giving the sexual predator less than a quarter of the actual sentencing for a crime of this nature, was attributed by the judge to the man's religious leadership as well as the outpouring support he received from his parishioners, reported Mirror. As for his victim, who chose not to remain anonymous, believes he is still likely to hurt other young girls.

Belief in Jesus doesn't mitigate statutory rape. The judge believes that this #rapist Pastor David Richards should only serve 12 years for raping his daughter, when 72 years is the max. He will rape more young girls when he is released. #TrustWomen https://t.co/i1GHBxWePZ

"I wanted to throw my body away," Amber Richards said as she delivered her victim impact statement in court. "Not a day goes by that I don't, in some way, think of what he did to me. ... I firmly believe if given the opportunity, he would victimize another young girl." Amber stated that she had been a victim of her adopted father's sexual abuse since she was 14 years old. He continued to abuse her over several years until she finally decided to go to the authorities. Richards was found guilty by the jury on nine felony counts. This included including rape, incest and sexual battery by an authority figure. Richards took advantage of his position as Amber's sole guardian, reported The Knoxville News Sentinel.

Amber has since been able to get in touch with her biological parents who were also present at the court proceedings, in support of their daughter. There were a few a half-dozen others, who joined them in support of Amber. As for the rapist, over 30 people had turned up to the court in support of him. "I find it impossible for me to believe he's guilty of this," David Thompson, who shared ministry duties with Richards at My Father's House Church of God in Lenoir City. "His business needs him. His family needs him. Our church needs him," Thompson added hoping the convict would get a smaller prison sentence. Richards also maintained the facade of innocence.

Tennessee Pastor David Richards was convicted of repeatedly raping his 14-year-old daughter over 4 years. The prosecutor recommended 72 years in prison. The judge felt he was a good Christian and gave him 12.https://t.co/ozT3Ln6NZQ

The lenient sentencing was in spite of the presence of overwhelming evidence against the pastor. When Amber went to the authorities, she told them where they could find DNA evidence at her home. She also informed them about texts from Richards talking about taking their relationship "to the next level." According to the Daily Mail, on arriving at the scene of the crime, the authorities found that the sheets were suspiciously stripped bare and the pastor's phone was had been factory reset. Fortunately, they were able to collect seminal fluid from the girl's bedframe. It was found that the fluid had a DNA profile matching that of David Richards.

"I stand before you convicted of crimes I did not commit," Richards stated in the court. "I simply believe the system just erred in this case." He took the stand in his own defense and claimed that Amber was a defiant teenager who "falsely" accused him when he tried to impose strict rules for his children. "I'm not sure why I'm here. ... but I assume it's for His purpose," Richards said maintaining a position of innocence throughout the trial, even in the face of conclusive evidence. Judge Steve Sword meted out a range of charges most of which are punishable by probation alone under state law, except for sexual battery by an authority figure that carries a minimum of three years in prison, reported Metro.

Adoptive father, pastor guilty on 9 felony counts of rape, incest etc. By rule, @knoxnews does not name victims of sexual assault but Amber Richards wanted to talk and wanted to tell her story. Good for her.

Sword then cited Richards work as a pastor and the Bible study group he began in jail as factors calling for a lenient sentence. Amber, on the other hand, is trying to move on with her life now. "I didn't really do this for me I did it so it didn't happen to anyone else, so nobody's in the same situation as I am, especially kids, they don't deserve to go through things to do that," she said. "If I have to be the one to make sure that it never happens again I don't mind doing that."