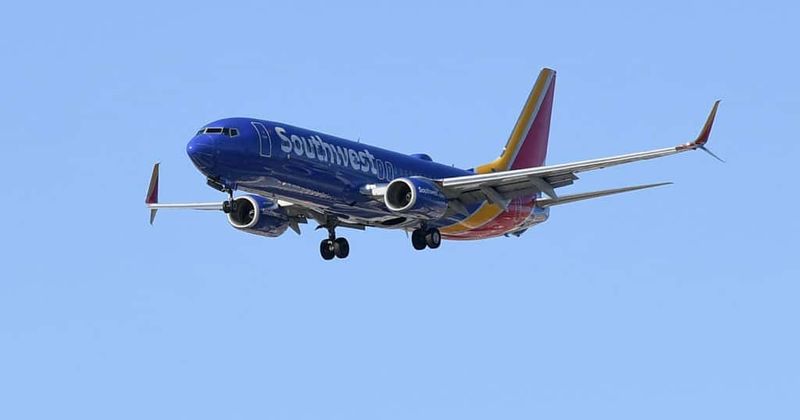 Trigger Warning: The story has details and a video of an assault that readers will find disturbing

A video of an unruly passenger hitting a flight attendant on board a Southwest Airlines flight is one among the many growing numbers of cases of passenger misbehavior during air travel. The assault took place on Sunday morning as the attendant was telling the woman to keep her seat belt fastened just before it took off from Sacramento to San Diego. In the video, the attendant is seen at the back of the plane speaking to some women passengers who are seated. Then all of a sudden one jumps up and lunges at the attendant hitting her face several times, and even trying to pull her hair. Had it not been for another male passenger who stepped between them who knows how many more times she would have been hit. The attendant looks disoriented and has blood on her face. "Sit down!" yells the man, adding, "Don’t you dare touch a flight attendant like that."

Video obtained by CBS News shows the moment a Southwest Airlines flight attendant was punched by a passenger after asking her to keep her seat belt fastened during a flight from Sacramento to San Diego Sunday. https://t.co/gQusevodYC pic.twitter.com/oOYvPdwCFj

Once the plane landed, the woman named Vyvianna Quinonez was taken into custody as per a release by the police. "On Sunday, May 23, 2021, at 8:55 a.m., the Port of San Diego Harbor Police Department received a call of a disturbance on board Southwest Airlines Flight 700 inbound to the San Diego International Airport from Sacramento, Calif. Harbor Police officers met the aircraft at the gate and began an investigation. According to witnesses, an altercation between a passenger and a flight attendant had taken place during the flight. During the altercation, the passenger struck the flight attendant, causing serious injuries. Paramedics from the San Diego Fire Department transported the flight attendant to Scripps Memorial Hospital. Officers arrested Vyvianna Quinonez, age 28," it added. She was charged with battery causing serious bodily injury.

A Southwest Airlines flight attendant who lost two teeth after she was physically assaulted by a passenger on Sunday is among the more egregious examples of an unsettling increase in unruly and dangerous behavior on the part of air travelers. https://t.co/3oCTHKr32H

Quinonez was booked into the Las Colinas Detention Facility. The flight attendant lost "two teeth" according to a complaint letter written by The Union of Southwest Airlines Attendants (TWU Local 556). "This past weekend, one of our Flight Attendants was seriously assaulted, resulting in injuries to the face and a loss of two teeth. Unfortunately, this is just one of many occurrences. I write to you today because we can't tolerate our beloved Cohearts being abused in such a manner, and because I am asking for your help and leadership in ending these travesties," stated the letter addressed to Southwest Airlines CEO, Gary Kelly. The airlines confirmed the incident in a statement according to CBS News: "The passenger repeatedly ignored standard inflight instructions and became verbally and physically abusive upon landing. Law enforcement officials were requested to meet the flight upon arrival, and the passenger was taken into custody.” A spokesperson for the airline said, "We do not condone or tolerate verbal or physical abuse of our flight crews, who are responsible for the safety of our passengers."

That’s so sad. Southwest is my favorite airline. Their staff has always treated me and mine like family. What kind of person would assault a staff? Wild animals need to be in cages for everyone’s safety. 🙏❤️🕎🇺🇸

A spokesperson for the airline said, "We do not condone or tolerate verbal or physical abuse of our flight crews, who are responsible for the safety of our passengers." The TWU Local 556 letter noted that there was a disturbing upward trend of passenger's misconduct on Southwest Airlines aircraft to the tune of 477 only between April 8 to May 15. "This unprecedented number of incidents has reached an intolerable level, with passenger non-compliance events also becoming more aggressive in nature...Today’s traveling environment requires a new level of firmness in both tone and direction to ensure proper control in the cabin of our aircraft as the attitudes and behaviors of the flying public have, unfortunately, declined," it stated.

The FAA has proposed fines between $9K and $15K against five passengers for allegedly interfering with and, in two cases, assaulting flight attendants. We have zero tolerance for unruly or dangerous behavior. Our fines can reach up to $35K. https://t.co/CeWKZ6HnZT #FlySmart pic.twitter.com/GtWwCYVV18

It added, " As the leader in the airline industry, Southwest Airlines has the responsibility of being front and center on this matter. Publicly denounce passenger misconduct and associated disruptive/violent behavior. Inform the public of the consequences for misconduct and abuse toward our employees. Demonstrate that interference with crew members' duties-- including intimidation, threats of violence, and outright physical aggression--will not be tolerated."