trending celebrity people lifestyle news animals
To The Young Man Who Saved My Daughter From A Predator At A Party, Thank You

To The Young Man Who Saved My Daughter From A Predator At A Party, Thank You

There are still some kind gentlemen left in the world, as a Redditor's recent heartfelt thank you note shows. 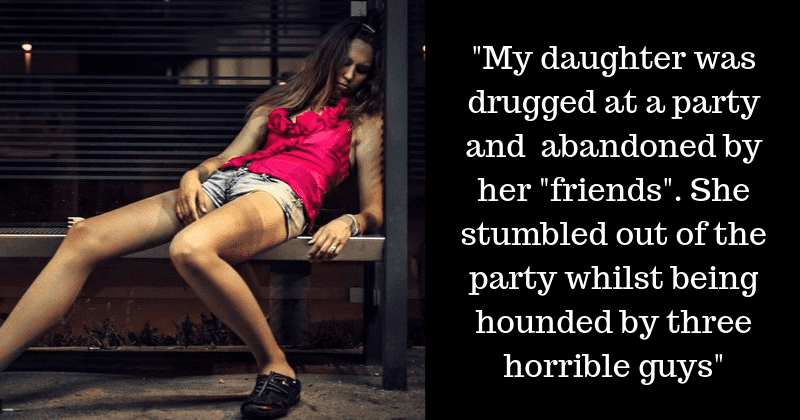 If you're anything except a straight guy, going out anywhere at all, especially at night, is a constant exercise in being vigilant - and honestly, it's exhausting. From the minute you step out of your house, you're on the lookout: you know exactly what route you're taking, you probably have told a few trusted people where you're going, and if you're out drinking, you never, ever leave your drink unattended. While there are a lot of horrible people in the world who find it all too easy to take advantage of women, it's good to know that there are still some honest gentlemen in this world who will go out of their way to help and protect a complete stranger. Honestly, it's just basic human decency - but the bar is set pretty low these days.

One Redditor, recovering from what could have been a devastating experience, posted a heartfelt thank you note recently, addressed to "the young man who saved my daughter from a predator at a party." U/Blintszky wrote a post explaining that his teen daughter, as all teens probably do at some point or the other, fibbed about going to a sleepover and instead went to a party where alcohol was being served. He surmised that she was drugged at the party and abandoned by her questionable friends, at which point she left the party, but was hounded by a group of men. The Redditor thanked the kind stranger who quickly put himself between his daughter and her harassers, quickly calling the police in the process. The man then drove the girl straight to the hospital and made sure she had medical attention, also ensuring to contact the Redditor as soon as he had access to her phone. "You stayed with her the whole time and reassured her. Without even asking us for a thanks or staying to receive praise, you gave us a pat on the shoulder and went on your way," the overwhelmed Redditor concluded. "To young men like you, thank you for making a terrified parent a little more assured."

To be sure, it was the kindness and presence of mind shown by this good samaritan that probably saved the teen from a situation that could have turned ugly really fast. Recognizing this, several people commented with kudos to the man, and also shared similar experiences they'd had - either their own or that of their children. Many people agreed that the Redditor's daughter did indeed have questionable friends, as leaving the girl unsafe and inebriated was an asshole move.

"He was Superman in a well-tailored suit," the Redditor added, lamenting only that he hadn't been able to thank the kind stranger properly.

Some people added helpful tips and advice that could make sure that your drink doesn't get spiked when you're out at a party. But a couple of others pointed out a much darker side of the situation: while the girl was thankfully safe, the kind man who took her to the hospital in his car could have just as easily had malicious intentions of his own. In the end it was just a question of the right person being in the right place at the right time that made sure everything turned out okay.